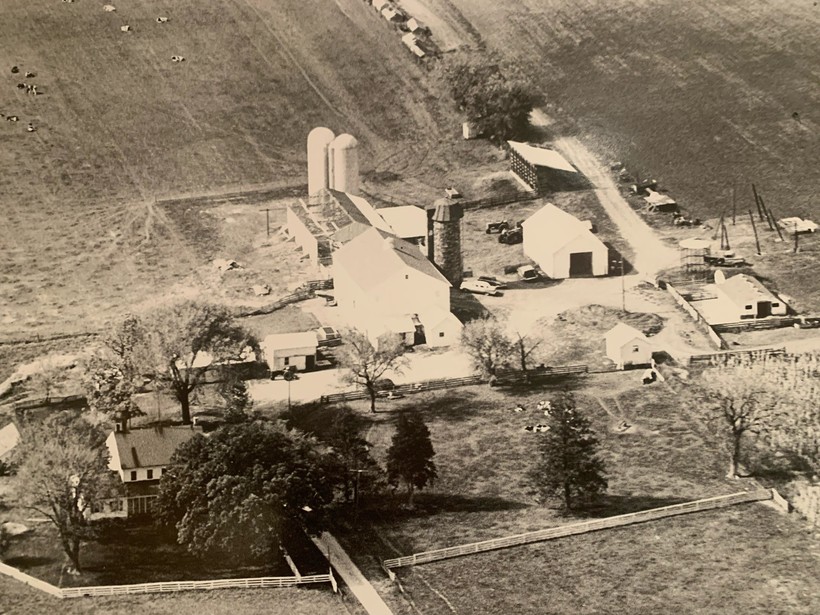 'We lost a lot more than that': The toll of losing 40K Wisconsin dairy farms in 4 decades

A former farmer, farm crisis counselor and agribusiness executive shares his insight and personal story, along with other families
By Tim Peterson
Share:

Wisconsin’s milk production in the last couple of years has been around 30 billion pounds per year — an all-time high.

Yet, the state has lost about 40,000 dairy farms over the last four decades. And that number continues to rise by about one farm per day, said Daniel Smith, president and CEO of Cooperative Network, a large national cooperative trade association headquartered in Madison.

Between 2010 and 2019 Wisconsin totaled the second-most Chapter 12 farm bankruptcy filings in the nation — 375 — behind California's 388, according to the Farm Bureau. Image courtesy of AFBF

We received a question about this from Ryan Warwick in Fond du Lac County. He asked WPR’s WHYsconsin: "What's happening to all the farms that go under, and who is profiting?"

Smith addressed some of the reasons why people end up shuttering a farm, the mechanics of the process and the familial and emotional tolls that come with ending an ancestral way of life and leaving an ancestral home.

Smith previously served as administrator for the Division of Agricultural Development at the Wisconsin Department of Agriculture, Trade and Consumer Protection. He also served several years as a counselor and financial advisor to farm families in crisis through a DATCP program, so he’s heard stories of farms closing and seen the impact of the loss.

There are a couple of reasons farms are going under in Wisconsin, Smith said. An aging population of farmers, with younger people opting for other careers, is one. Rising land, equipment and feed costs is another. Then there’s consolidation and specialization in agriculture.

"When I started farming in 1978, the average herd size in Wisconsin was 36 cows," Smith said.

After graduating from the University of Wisconsin-Madison, Smith returned to his family’s dairy farm in northwestern Illinois, near Freeport, and worked on it for three decades. 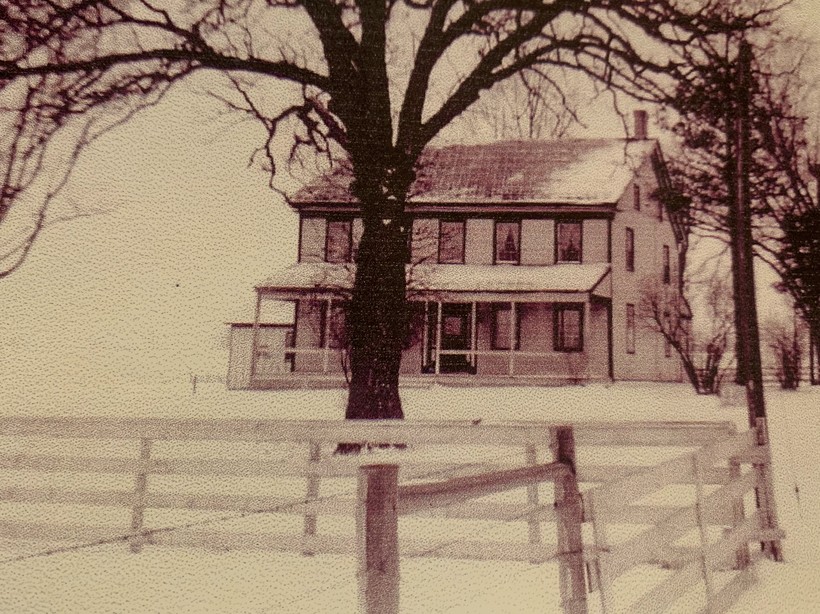 Behind the growth in herd size is what Smith refers to as consolidation — smaller farms becoming part of larger and larger farms. And that answers both the "what’s happening" and the "who profits" part of the WHYsconsin question.

When one dairy farm closes, its assets and land get sold off, in sum or in parts, to larger operations with more capital. Some of its land may also go into different types of farming, Smith said, such as corn and soybeans. Farms pick up more and more land becoming larger and larger.

Land on the margins of closing farms can also get sold for someone to build a house or subdivision on, or get used for recreational hunting. The last two years have seen a rise in this type of turnover: The Wisconsin Agricultural Land Prices Report showed 2020 and 2021 had more agriculture land sales than the six years prior.

"But good, tillable land is usually absorbed by an existing farmer, and then expands their operation," Smith said. "And now where you had two or three or four farms, farm families living — maybe now you have one."

In the 1990s, the Krueger family had a 300-acre farm in Fond du Lac County that daughter Patty Dolph said she worked on with her parents, four siblings and one employee. They milked 65 cows and raised Hampshire hogs, including 35 sows.

In 1994, Dolph’s father had a heart attack and required triple-bypass surgery. He spent an entire month away from the farm. Her three older sisters went off to college, leaving just Dolph, her mother, brother and their employee to work the farm.

An extremely cold February in 1995, plus mounting bills from the hospital and livestock feed, forced Dolph’s parents to sell the cows. Then they had to sell off land as well to pay debts, downsizing by 250 acres. Dolph said she was in high school at the time, and land prices didn't afford the family as much as they would've liked. Even with the sales, they ended up with little extra money.

"I was devastated. I loved the cows," Dolph said. "I had numerous pets. I knew all of them by name and their personalities. On the day the cattle left, I couldn’t be there. At night, there was an eerie stillness with no milking pump going on or cows rattling in their stanchions.

"For the next few months after this ordeal, I feel my family came together," she continued. "We appreciated the good times in the barn. Also, I feel there might have been a little depression among us. Also, there was the feeling of fear: What were my parents going to do?"

Dolph now lives and milks 500 cows with her husband, two daughters, and his parents on their 850-acre farm in Jefferson County. Her brother and his family are the only ones still living on the remaining acres of the Krueger family farm, where they now raise hogs and beef.

Smith said he’s heard numerous stories like Dolph’s in his time working for DATCP's Wisconsin Farm Center, counseling families who were trying to sort out their finances and decide what to do next. Those emotions of depression and fear that Dolph expressed are common. And Smith said whole communities have been impacted as well.

"I'm not sure the state of Wisconsin has really addressed the cultural and the society cost, the social cost of losing all those farms," Smith said. "We lost a lot more than that. We lost the families that filled our rural schools, businesses on Main Street that supported those families and those farms. We lost the people who serve on our cooperative boards and our town boards and our school boards — really depopulated the rural area as these farms went away."

Smith himself once reached that same difficult position of having to decide whether to continue farming. After graduating from UW-Madison, he worked for more than three decades on his family's land in Illinois. He experienced emotional and physical costs of that year-in-year-out work, and he said constant changes in the farming industry led to a breaking point. He decided to leave his ancestral home, and in 2008 he and his family moved to the Driftless area of Wisconsin.

It fell to Smith to close up the farm that he'd worked on since he was a kid, five decades in total. First he sold the cow herd, 101 animals, to a farm by Stevens Point. Smith said the day they left was the first day since his parents took over from his grandfather in 1941, that they didn't ship milk from the farm.

Then he spent a year sorting through three generations of tools, machine parts and other equipment that needed to be either recycled, auctioned off, or relocated to his new home. Finally, Smith sold the farmland itself. A family from town bought the house, other buildings and a few acres. Another farmer bought the remaining tillable land for raising corn and beans. 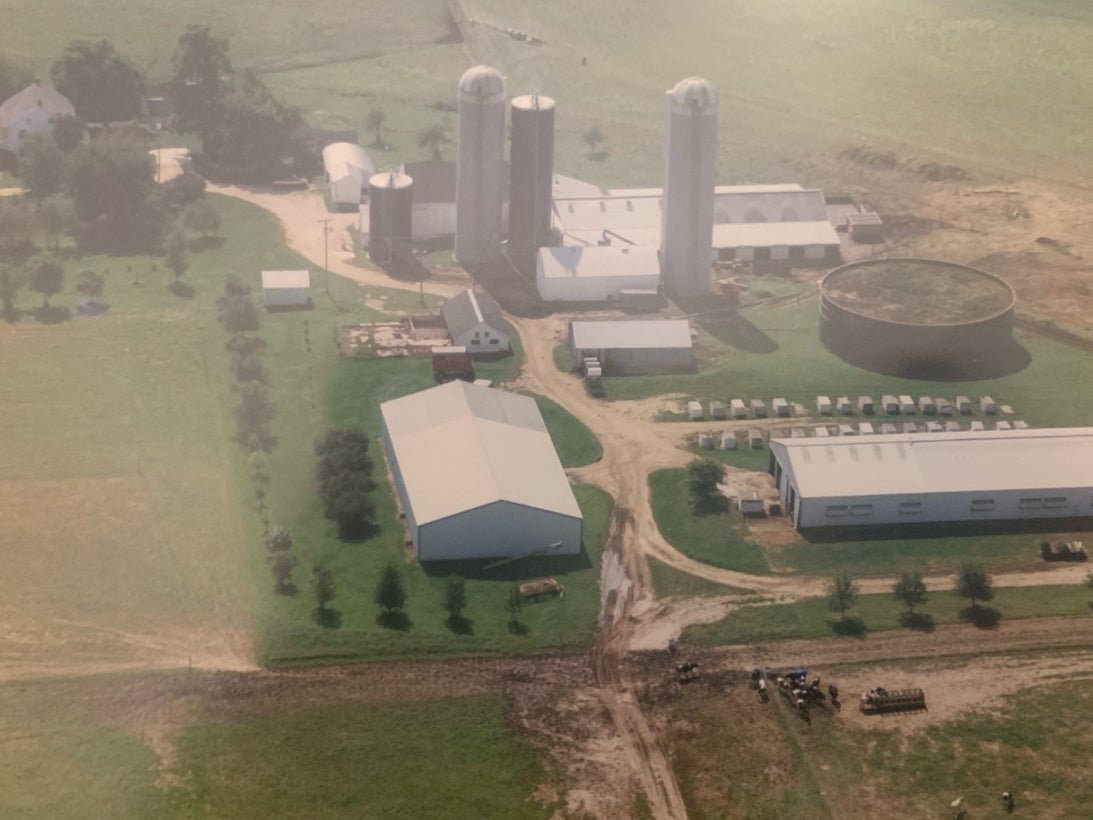 "It was physically and emotionally draining," Smith said about the move. "But it is one that cannot be avoided if one is going to move on with life," he added later in an email. "We could have stayed on the farm and rented the land out, but we felt a fresh start somewhere else (would) be better. I am confident now that was a good decision."

'It really gets into your blood'

Smith said growing up on a farm that’s both a home and a business, and taking it all over, is simultaneously an uncommon and profound experience.

"Your father and mother are working in the business right outside," he said. "You learn to fall in love with farming and with the senses that come along with it, with just the job of the changing of the seasons, and it really gets into your blood.

"And that is why it is so difficult, when times change," Smith continued. "It could be financial, it could be family strife, it could be a physical problem. It could be just at the point that you get in your life where you need to do something else — that it’s very hard to let go of what I call both the ancestral home and ancestral way of life."

Smith has also been a poet for decades, as a way to capture both the joy and difficulties of farm life — including the human toll that making decisions like closing down a farm can take. His latest book of poetry written across those decades is called "Ancestral."

"What I wanted to do was peel back the cultural and the emotional component of agriculture, because it's every bit as important as the economic and the business and the industrial changes that are taking place," he said.

Smith shared a poem he wrote just after moving away from his family’s farm. The poem is called "Anvil":

I’ve hauled my father’s anvil
due north
up out of the black Illinois farm ground
he and I together worked,
decades our home.

Set down sixty pounds
onto the floor of this old barn,
new only to me.

All around, our bewildered tools
hang in the strange light
of the cracked windowpane

where I stand
looking out over land
not yet home.

It is growing late
on a late winter’s day.

At my feet, my father’s anvil,
his striking song of steel on steel
still hammering home.

Editor's note: This story came from an audience question as part of the WHYsconsin project. Submit your question and we might answer it in a future story.

WHYsconsin: What happens when a farm goes under? 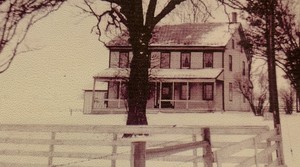 A former family farmer and crisis counselor for farmers helps explain what's behind the loss of Wisconsin farms over the last several decades, and the toll that takes on the farming families.