Students in the Wausau School District will start the school year with all-virtual schooling. It's the first district outside of the state's largest metro areas to forgo in-person classes in the fall due to COVID-19.

Wausau follows school districts in Milwaukee, Madison and Racine as well as suburban Madison in deciding to begin the school year with entirely virtual classes. A divided Wausau School Board took the 6-3 vote Monday evening, and voted to revisit the decision each month.

Also on Monday evening, the La Crosse School Board voted to start its school year virtually, and to revisit the decision in September. The two districts are among hundreds in the state grappling with the decision about how and whether to safely reopen schools for in-person classes. They're the latest to confront the complexities of weighing the safety of students and school staff during the pandemic against the social, emotional and educational benefits of holding in-person classes. Wausau is the first district in central or northern Wisconsin and La Crosse the first in southwestern Wisconsin to decide to keep school at home, at least for now.

"In June, we all had this optimistic goal of reopening fully in the fall, and the data doesn’t support that," said Wausau School Board President Tricia Zunker at the virtual meeting on Monday.

Wausau, a district of 8,149 students in a city of 40,000 people, is in Marathon County. It's one of 58 counties in the state classified by state health officials as seeing a "high level" of coronavirus activity.

The decision was met with opposition from several board members. Jim Bouché questioned whether the district had prepared staff and bolstered technology in ways that would build on shortcomings seen in the spring, when all of the state's schools closed for several months, ending the academic year with all-virtual instruction.

"Do we have a plan for tracking truancy so that we don't lose any of our students through this virtual learning?" asked Bouché, who voted against the virtual reopening measure. "We lost a lot of students toward the end of the school year last year. We all know that." 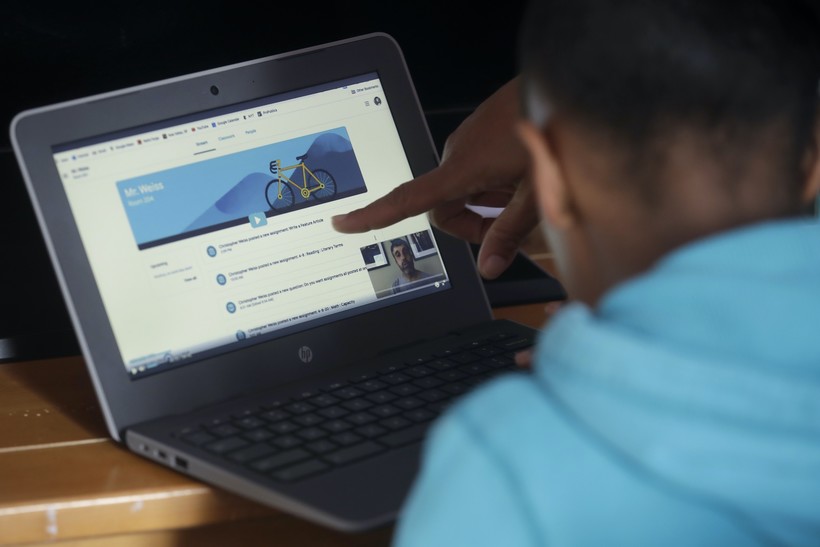 As the virus's spread in Wisconsin has accelerated in the past month, more school districts have prepared plans for at least partial virtual schooling for the fall. But the differing approaches among districts across the state highlight just how much of a patchwork the response to COVID-19 has been, and how much uncertainty there is surrounding the fraught issue of schooling in the pandemic.

Besides the districts that will begin the year all-virtual, there are districts across the spectrum of potential reopening plans:

Even official guidance for schools has at times been at odds with itself. The American Academy of Pediatrics last month called for schools to reopen; then weeks ago the physicians' group walked back that statement and said public health concerns must be considered. The federal Centers for Disease Control and Prevention last week published a statement on "The Importance of Reopening America’s Schools in the Fall." But its release followed public pronouncements from President Donald Trump that "SCHOOLS MUST OPEN IN THE FALL!!!" and the new guidance appeared to downplay some risks that earlier CDC guidance had included.

Many districts around the state that are considering in-person classes are also making changes to their facilities and practices to try to minimize the spread of the virus. These include adding distance in classrooms, requiring or recommending masks and keeping children in "pods" that don't interact with a large group of students. All of these policies create logistical challenges for schools.

"I think there are steps we can take to reduce the risk of exposure and transmission in those environments," epidemiologist Jennifer Nuzzo of Johns Hopkins University told WPR in an interview last month. "But they're hard. ... It's stuff that's going to take planning and probably lots more financial resources. And I don't think schools can do it on their own. This is an area where we need national support."

In general, scientists believe children are at less risk from COVID-19 than adults, though there are risks of the disease in children, and they can still contract, spread and suffer from it. The role of children in spreading the disease to others is still being researched. A recent large study in Korea found that children younger than 10 spread it much less often than adults, but that those from 11 to 19 spread it just as much. For schools, the challenge is to find ways to protect children and their families as well as adult staffers and theirs.

On Thursday, the Wausau School District sent a letter to parents titled "How you can help get our schools back open." Signed by local leaders, it implored community members to wear masks, keep distanced from others, wash their hands and stay home if they get sick.

A representative of the Marathon County Health Department, Amanda Ostrowski, told the school board on Monday that those are the measures it will take to safely reopen schools.

"It is not the sole responsibility of the school to bring kids back to school," Ostrowski said. "We need everybody — business owners, parents, non-parents, community members, everybody — to be practicing preventive measures."