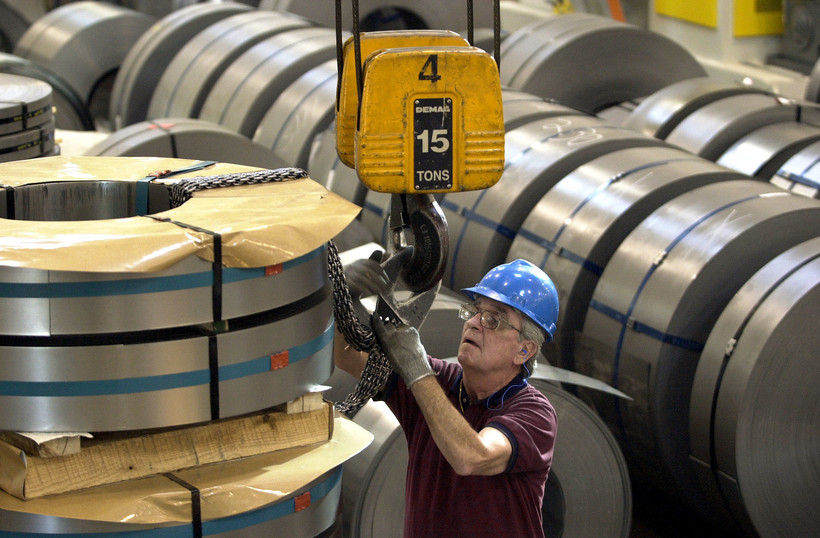 Walker joined the backlash Friday against Trump's proposal that will likely raise steel and aluminum prices in the United States.

Walker said American companies that will feel the negative impact of the tariffs can move their operations to another country, such as Canada, and not face new tariffs on the sale of their products.

"This scenario would lead to the exact opposite outcome of the administration's stated objective, which is to protect American jobs," Walker said.

Walker said if Trump's goal is to protect jobs, particularly in Wisconsin, he should reconsider the tariffs, especially on ultra-thin aluminum.

MillerCoors, which owns Wisconsin brands like Leinenkugel's, said in a statement Thursday it was disappointed in Trump’s announcement.

"Like most brewers, we are selling an increasing amount of our beers in aluminum cans, and this action will cause aluminum prices to rise," the statement read. "It is likely to lead to job losses across the beer industry."

According to the Brewers Association, a national group of independent brewers, craft breweries alone employ more than 130,000 people. That number includes manufacturing jobs.

The association also reports 98 percent of can sheet aluminum is produced in the U.S.

But Russ Klisch, president of Lakefront Brewery, says the tariff could make it harder for the industry to expand canning operations. He says anytime there’s a price increase in the industry, there are concerns.

"It always has a cascading effect from what the tariff would be, to what the can manufacturer is going to charge us, then the increase from if the brewers feel if they’re going to need to increase charges or just end up eating the cost — that’s the concern right now," he explained.

But for a company like Lakefront, which Klisch says is the largest craft beer exporter in Wisconsin, the bigger worry is the potential for a "trade war."

"We sell a lot to (South) Korea, Canada, those other places like Ukraine," said Klisch who also sells beer in Japan and Australia. "I’m always afraid that if the aluminum is coming from one of these (countires), they might sit there and say well aluminum is in this product so we’re going to take your product increase and put a tariff on that coming to you."

According to Grace Wang, an economics professor at Marquette University, trade disputes are not uncommon, but they can quickly escalate between large trading partners.

"We might see the U.S. raise tariffs now and then next month, or even less than a month, U.S. trade partners could raise tariffs on U.S. products to them," explained Wang. "And next month the U.S. would probably come up with something else."

Wang says there are several Wisconsin exports that could become targets in trade disputes, including dairy and agricultural products like soybeans.