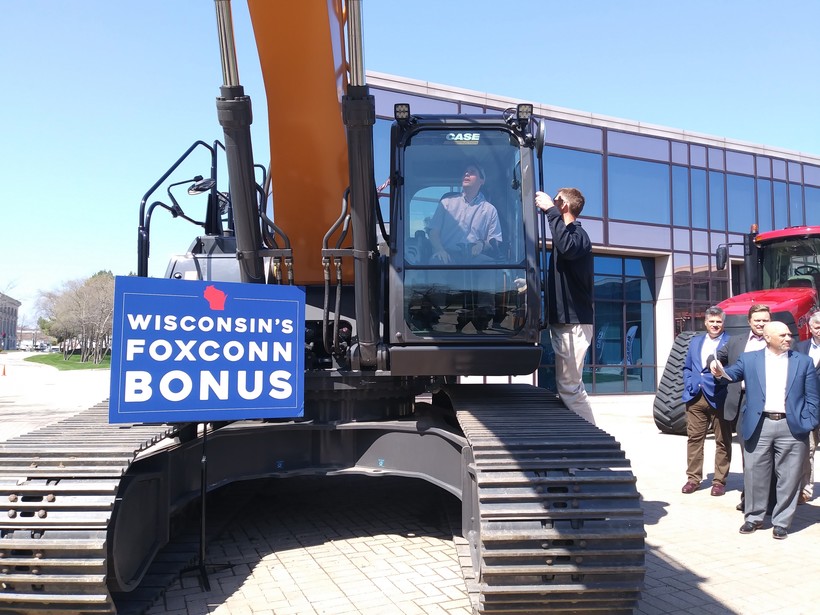 Taiwan-Based Company Plans To Break Ground By End Of May
By Ximena Conde and The Associated Press
Share:

Foxconn expects to begin construction soon on a $10 billion flat-screen plant in the Village of Mount Pleasant.

The millions in contracts will go to 28 companies, 27 of which Foxconn says are based in Wisconsin.

The company reports contracts awarded include businesses owned by minorities, women and veterans.

"The first contractor awards are just a glimpse of the massive ripple effect that will continue to spread through the state," said Dave DeGroot, president of the Village of Mount Pleasant.

Special assistant to Foxconn Louis Woo said in a statement that the company looks forward to partnering with more Wisconsin companies as the plant begins to create 13,000 jobs.

Walker was in Black River Falls on Monday morning to tout what he calls the "Foxconn Bonus."

"It is clear that Foxconn is putting Wisconsin first with its 27 selected in-state subcontractors for Wisconn Valley Science and Technology Park’s first phase of development," Walker said.

Lawmakers will be hosting town halls in Sheboygan, Green Bay, Richland Center and Beaver Dam throughout the month of May so residents can learn about taxpayer liabilities and the environmental risks of the project.

The Wisconsin Department of Natural Resources recently approved four air permits for the manufacturing complex and a request to pull millions of gallons of water daily from Lake Michigan to serve the new plant.

Illinois Attorney General Lisa Madigan is threatening to sue the federal government over the facility that's being built just north of the state's border in southeast Wisconsin.

Madigan says she will file a lawsuit challenging a recent rule issued by the U.S. Environmental Protection Agency reducing the number of areas in Wisconsin that need to meet more stringent ozone regulations.

Madigan on Friday said she was concerned with the EPA decision last week to make Racine County, where the plant is to be located, subject to stricter air pollution guidelines.

Madigan says the EPA is "putting a company's profit ahead of our natural resources and the public's health."

But Walker says he thinks Wisconsin should be suing Illinois.

"We've had in the past decade and a half, a dramatic drop in terms of pollutants here in the state of Wisconsin and so our employers and our citizens are taking dramatic action," Walker said in Racine. "We haven't seen the same thing in the Chicago area and so I think it might be worth us looking at a countersuit back."

The Taiwan-based electronics giant aims to break ground by the end of May and be operational late next year.