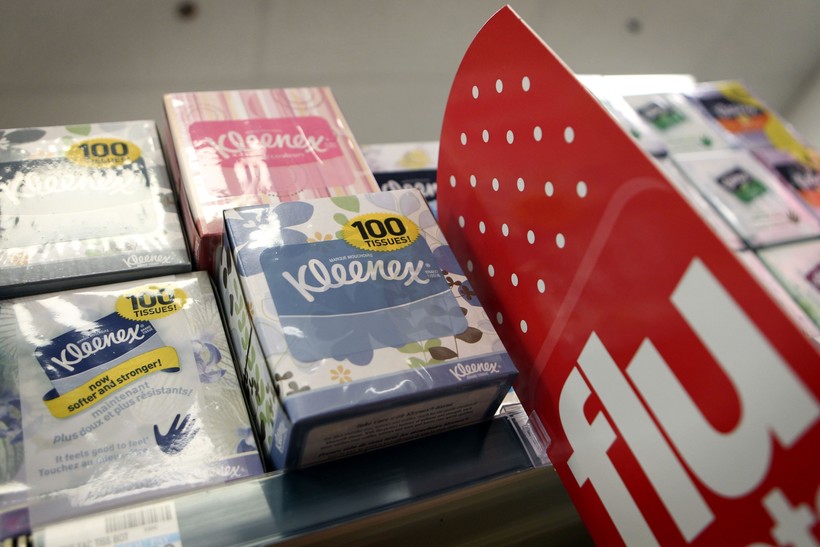 Kimberly-Clark Announced Last Week It Would Close 2 Plants Resulting In 600 Jobs Lost
By Patty Murray and The Associated Press
Share:

Meanwhile Democratic lawmakers from the area are introducing their own plan to support paper product manufacturers, an industry that once defined the Fox Valley.

Kimberly-Clark announced plans to shutter two plants last week, which would result in the loss of 600 jobs over 18 months.

Walker said Monday he is asking the Legislature to increase job retention credits from 7 percent to 17 percent, the same level extended to Foxconn Technology Group for its planned display screen factory and campus in southeast Wisconsin.

Walker said retaining Wisconsin companies like Kimberly-Clark is just as important as attracting new businesses to the state.

Democrats have criticized Walker for enacting nearly $3 billion in state tax incentives for the Taiwanese-based Foxconn while not being able to stop Kimberly-Clark from closing the Wisconsin facilities.

The Democratic effort, dubbed the "Papermakers Fund"  would provide financial incentives to companies to keep their factories in the state and could potentially provide state incentives to retool factories to produce products like cardboard, which is sought after because of the demand for shipping related to online shopping.

State Sen. Dave Hansen, D-Green Bay, will co-sponsor the bill with state Rep. Amanda Stuck, D-Appleton. The two hope to introduce it this week and are seeking co-sponsors from both parties.

The bill would create two incentive funds totaling $60 million. One would help qualified paper companies transition their machines to produce "brown paper," which is used in cardboard boxes. Outagamie County Executive Tom Nelson said cardboard is the future for paper.

"The material that makes it to your front stoop in the form of an Amazon package; Amazon, which of course is one of the fastest growing companies in the country," Nelson said. "So clearly there is an opportunity for that."

The second fund would be aimed at helping companies become more energy efficient.

Supporters say the fund would cost the state the equivalent of just 2 percent of the incentives offered to Foxconn.

Asked about the Democratic plan Monday morning before announcing his own plan, Walker said any state incentives must be tied to job creation or retention.

"We’re not just going to give out money unless we have some guarantees, whether it’s the papermaking industry or anybody else." He added he is ready to hear more, "We’re more than willing to work with anybody, any industry that’s willing to do that."

Still, Walker said he has not heard specific jobs numbers as of yet, or that any company is seeking out such assistance.

Nelson said he knew of at least one paper company interested in assistance, Appleton Coated, which is now in receivership. The company now makes "white paper," primarily used for things like textbooks. Nelson said it would like to transition to brown paper for boxes.

"One of the things they’re trying to do is to demonstrate a proof of concept," Nelson said.

While the both plans are debated in Madison, hundreds of paper mill workers like Chris Britten are facing an uncertain future. He has worked as a machine leader at the Neenah Kimberly-Clark plant for 29 years.

He said he didn’t like the Foxconn package because his employer was denied state help years ago.

"It goes back to when (Kimberly-Clark) wanted to put their headquarters here and (the state) wouldn’t cut them any kind of slack to stay," Britten said. "I realize it isn’t the same elected officials as it is now, it was 1985. But it’s the same kind of deal they wanted and they headed to Dallas."