Gov. Scott Walker says he's "looking at" whether a large Brookfield company should still get up to $12.5 million in state taxpayer assistance now that the firm has purchased naming rights to the new Milwaukee Bucks arena.

Last fall, as part of the state financial aid legislation for Foxconn, Fiserv, Inc. — which provides financial services for the banking industry and employs about 900 people in Brookfield — won up to $12.5 million in subsidies over five years if it builds a new headquarters in Wisconsin and keeps at least 93 percent of its jobs in the state.

Last month, Fiserv agreed to pay an undisclosed amount, but has been estimated by financial experts at at least $7 million per year for five years, to have the Bucks arena called Fiserv Forum.

Democrats say if Fiserv has the money to spend on naming rights, it doesn't need the state aid.

While at the Wisconsin State Fair on Thursday morning, after riding the Giant Slide in celebration of its 50th state fair season, Walker told reporters that Fiserv has not yet applied to the Wisconsin Economic Development Corp. for the $12.5 million. 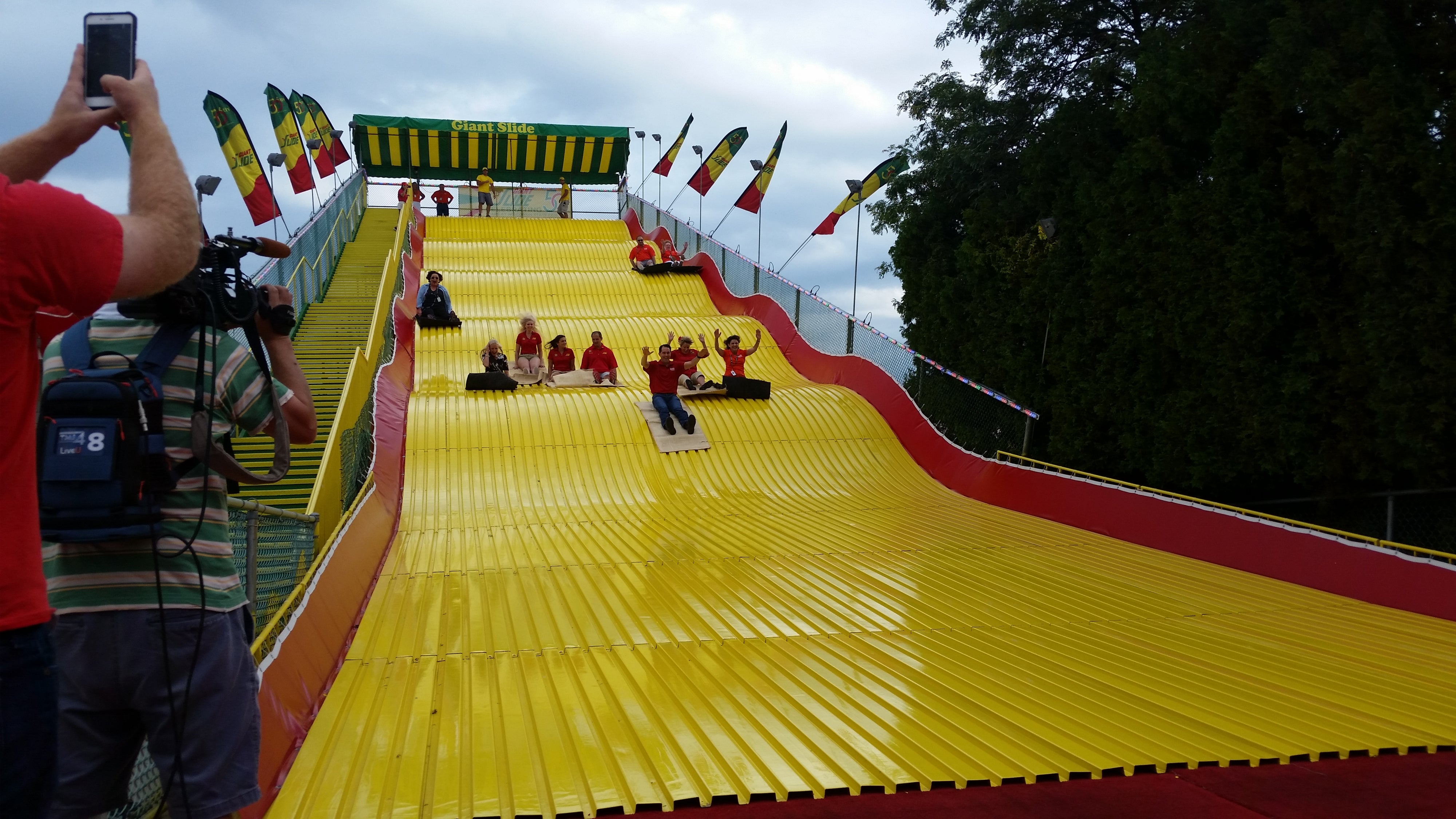 Gov. Scott Walker goes down the Giant Slide at the Wisconsin State Fair, as the fair opens its ten-day run in West Allis. Chuck Quirmbach/WPR

"So, we'll be watching very closely, and obviously these are things to factor in that weren't a part of the original discussions," Walker said.

Asked if he was bothered Fiserv reached the naming rights deal while state aid for the firm is potentially on the table, Walker declined to directly answer, repeating those are "all things we'll factor in," if the company applies for state assistance.

State Sen. Tim Carpenter, D-Milwaukee, was also at the opening ceremony for the Wisconsin State Fair. He told WPR that taxpayers are already putting about $250 million into the Bucks arena, so "it doesn't pass the smell test," that Fiserv should get another $12.5 million.

"I would hope the governor would try to work something out. But it just makes a bad deal (the Foxconn incentives package) look even worse," Carpenter said.

The lawmaker said there was an amendment to pull the Fiserv language out of the Foxconn bill, but the effort failed.