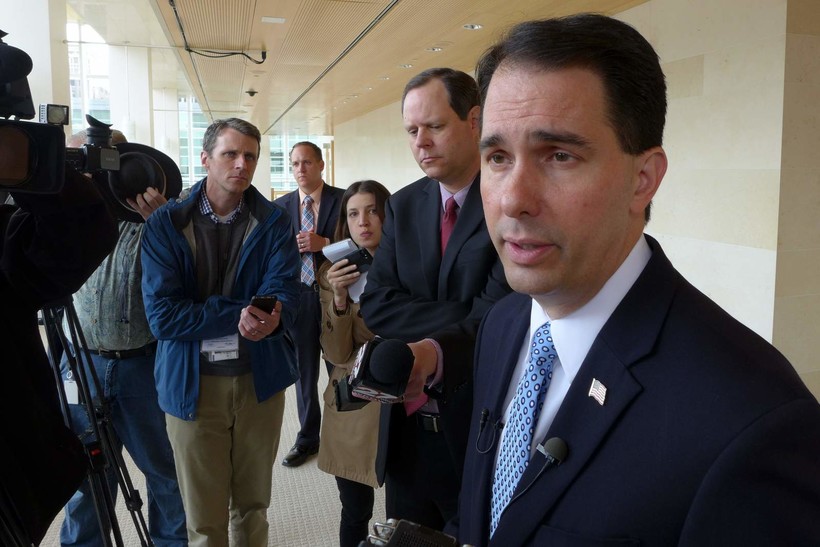 Gov. Scott Walker said he won’t remove Milwaukee County Sheriff David Clarke from office despite reports of an inmate who died of dehydration after being deprived of water for seven days in the Milwaukee County Jail, which is run by the sheriff's office.

Walker also said he was not in a position to analyze whether Clarke has done a responsible job running the jail.

"I’ve read some of the stories, but to me I don’t make decisions based upon what I see in stories," Walker told reporters Wednesday in Madison. "I want to look at a scientific report, and I haven’t analyzed that."

Walker’s comments came on a day when the immigrants’ rights group Voces de la Frontera delivered petitions with what it said were 10,000 signatures to Walker’s office calling on the governor to remove Clarke. State law gives Wisconsin governors the power to remove officials from office for neglect or abuse of power.

Walker said that while he "theoretically" has the power to remove Clarke, it’s not his job.

"For constitutionally elected positions — district attorney, sheriff, other positions like that — it’s really the role of the electorate to make those kinds of decisions," Walker said.

"I think that he’s enabling sheriff Clarke to continue to commit human rights violations," Neumann-Ortiz said. "Ultimately yes, voters do have that power. But we shouldn’t have to wait."

Clarke was appointed Milwaukee County Sheriff by former Republican Gov. Scott McCallum in 2002. He’s won four elections since, most recently in 2014. While he ran as a Democrat, Clarke is an outspoken supporter of Republicans, speaking at a variety of GOP events including the Republican National Convention last year.

If Clarke runs for another term as sheriff, he would be up for re-election in 2018.