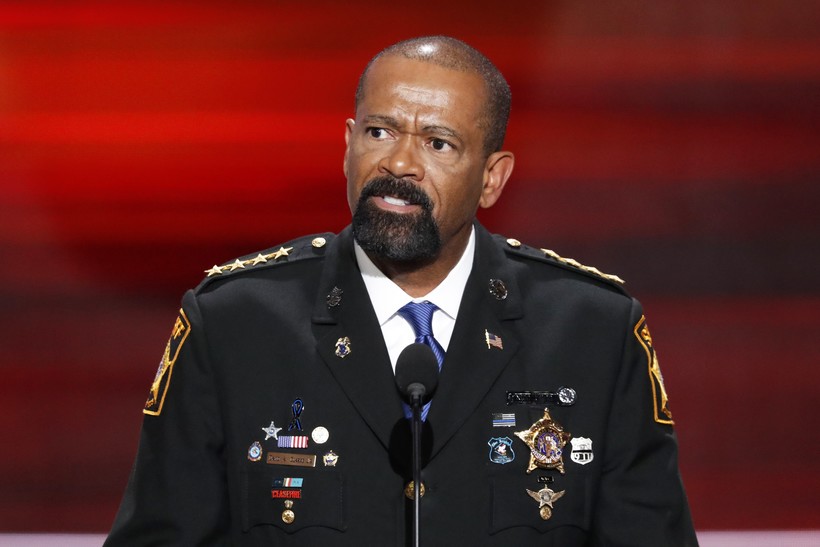 The outspoken lawman-turned-cable-news-regular received some of the convention's loudest applause when he was introduced and again when he delivered a forceful line in support of police officers.

"Ladies and gentlemen, I would like to make something abundantly clear," Clarke said. "Blue lives matter!"

Clarke said recent fatal shootings of police officers represented a "collapse of the social order" and he referred to Black Lives Matter protests as "anarchy." He said Trump spoke to American values and would restore safety in America.

Democrats seized on Clarke's appearance at the Republican National Convention with the liberal group One Wisconsin Now calling him "Exhibit A of the dangerous extremism" being supported by the Republican Party and their presumptive nominee.