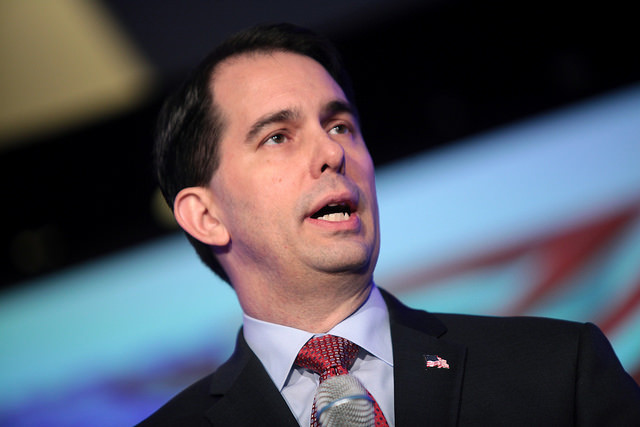 Any Financing Deal Would Need Legislative Approval To Be Included In State Budget
By Chuck Quirmbach
Share:

There is disagreement among the various stakeholders in the project — the state, the City of Milwaukee, Milwaukee County and the Bucks basketball team — over how much each should contribute. Any arena financing deal that they reach is expected to be part of the state budget, and would need legislative approval.

In his southeastern Wisconsin hometown of Delevan on Monday morning, the governor was asked if an agreement would be reached that day.

"It's a fluid process," he said. "You know, there's been some talk about bits and pieces of some of the things out there. Many of those are areas we've talked about, but none of which has reached an absolute conclusion yet. So, our hope is that it will be sometime this week."

Walker said it's common late in the state budget process for key issues to be "fluid."