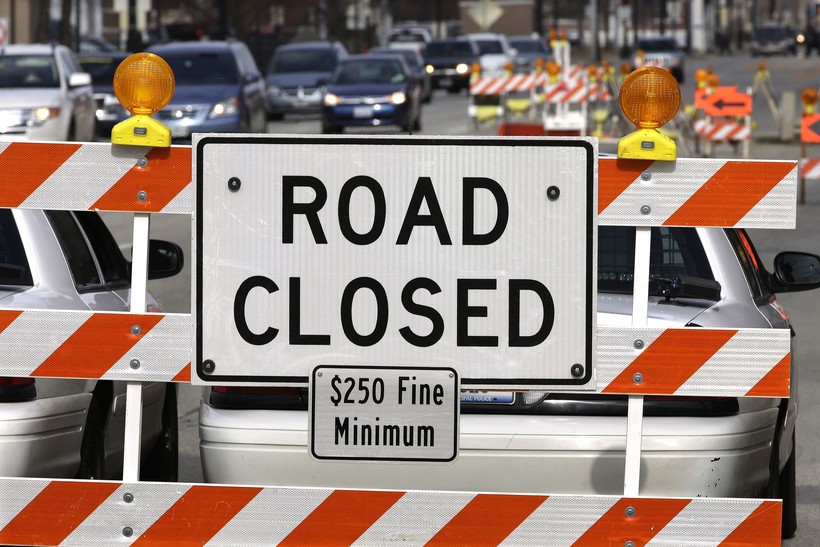 The state Department of Transportation has developed a budget proposal that would cut $447.4 million from state highway programs but provide nearly $70 million more for maintenance and $65 million more for local governments.

The budget also would authorize $500 million in new borrowing, but result in significant delays for some major projects, including Milwaukee's Zoo Interchange and reconstructing Interstate 94 south of Milwaukee.

The Legislative Fiscal Bureau has estimated that just to pay for road projects already approved the state would need $939 million more.

At a press conference Wednesday in Edgerton, Walker told reporters that he wanted to "make abundantly clear" that he would keep his promise not to raise gas taxes or fees without a tax reduction elsewhere.

"I will veto any changes made to the budget that add to the overall burden of the taxpayers of the state," Walker said.

"It really doesn't make much sense to me and many of my colleagues," said Assembly Speaker Robin Vos, R-Rochester. "So hopefully we can have a good, thoughtful discussion and come up with some answers that actually provide long term solutions and not just short-term political answers."

"Not only will delays result in much higher costs, but they'll also lead to much more dramatic fee or tax increases in the future," the statement reads. "It is more conservative to pay for projects today than it is to borrow the money and make our children pay the price."

Vos said it was premature to discuss partnering with Democrats to override the governor’s threatened veto of new taxes or fees, but said he is "always open to working with people on both sides of the aisle on common values."

"Most legislators I talk to from both political parties agree that transportation is a key to economic development," Vos said.

Editor's note: This story has been updated with comments from Gov. Scott Walker and Assembly Speaker Robin Vos.