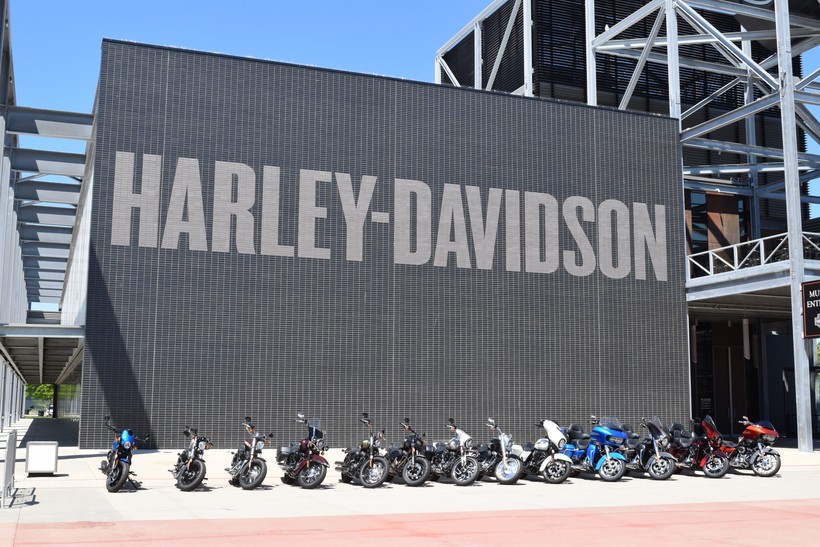 Production Of Motorcycles Destined For Europe Being Moved From US To Factories Overseas Due To Tariffs
By The Associated Press and WPR Staff
Share:

Gov. Scott Walker says his goal when it comes to tariffs is to level the playing field to where there are few or any tariffs imposed on products made in the United States, including Harley-Davidson motorcycles.

Walker said that's what he will push for in the wake of news that Harley-Davidson is shifting production of motorcycles headed for Europe from the U.S. to factories overseas due to increasing tariffs the European Union imposed on its motorcycles exported from the U.S.

The issue was discussed at a U.S. Department of Commerce meeting Walker attended in Washington last week where he pitched companies on investing in Wisconsin, Walker said.

Increasing foreign investment will help with the trade imbalance, Walker said, and therefore lead to a reduction in tariffs. But he said the ultimate goal is the removal of all tariffs so "we don't have this tit for tat on any number of products out there."

Another top Wisconsin Republican is echoing those comments and not criticizing President Donald Trump's trade policy or the Milwaukee-based company's decision.

A spokeswoman for House Speaker Paul Ryan, of Janesville, says the Milwaukee-based company's decision is "further proof of the harm from unilateral tariffs." AshLee Strong said the best way to help American workers, consumers and manufacturers is to open new markets and not raise barriers.

Wisconsin Republican U.S. Sen. Ron Johnson also spoke out against the impact of the tariffs saying in a press release, "Unfortunately, this confirms my concerns and is a far too predictable outcome of policies that give companies like Harley-Davidson incentives to make their products elsewhere. We need to hold China accountable for its trade abuses, but that does not need to come at the expense of American workers and businesses."

About 16 percent of all new Harley-Davidsons are sold in Europe, according to the Milwaukee Journal Sentinel, which also reported the market in Europe is second in revenue to the United States.

The newspaper reported that in a Securities and Exchange Commission filing, Harley stated the impact of the 31 percent tariffs, formerly 6 percent, could be $100 million per year or roughly $2,200 per motorcycle.

Mark Copelovitch, an associate professor at the University of Wisconsin-Madison LaFollette School of Public Affairs and expert on international political economy and the European Union, said Harley-Davidson's announcement highlights the impact of Trump's tariffs on U.S. companies.

"Harley-Davidson's announcement illustrates the serious and direct consequences for American companies of the Trump administration's protectionist trade policies and the retaliatory tariffs imposed by the EU and other major trading partners such as Canada and China," Copelovitch said in an email. "Harley's announced plans to shift production of its motorcycles for sale in the EU is the predictable response of a firm facing rising prices overseas for its exports as a result of the tariffs, which would raise the price of motorcycles sold in Europe by about $2,200 on average."

Copelovitch continued, "If the U.S. and EU tariffs remain in place over time, we are likely to see further shifts toward overseas production by Harley and other firms, in an attempt to circumvent these protectionist trade policies."