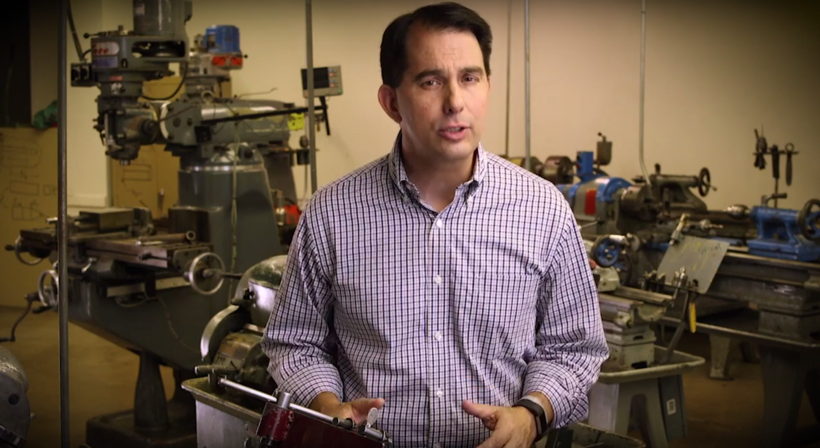 Gov. Scott Walker is proposing an expansion of youth apprenticeship programs in Wisconsin.

Youth apprenticeships offer high schoolers job training for specific careers, like welding, civil engineering, and medical assistantships. Right now, apprenticeships are available to juniors and seniors in high school. Under the governor's proposal unveiled Tuesday, they would be expanded to all high school students, as well as seventh- and eighth-graders.

Walker touted the expansion at the Rotary Club of Milwaukee as a way to combat the state’s worker shortage.

"We want to start our young people thinking earlier on about what are you good at? What are you interested in? What kind of career opportunities are out there?" Walker said. "We need every student to graduate, and not just to graduate, but graduate with a game plan for what their career is going to be."

The expansion is also the subject of Walker's latest statewide television campaign ad.

According to the state Department of Workforce Development, there were 4,365 juniors and seniors and 3,070 employers participating in the program last school year. Student participation has more than doubled since 2010, and the number of employers has nearly tripled in the same time. Wisconsin's Youth Apprenticeship program was created in 1991 and its first graduate was in 1994.

The program cost roughly $4 million last year, and grants are awarded through the state Department of Workforce Development.

"Part of the key to getting people to graduate is giving them hope that if you take these classes, if you stay in school, if you stay focused, there's a career at the other end of that," he said.

According to the state Department of Public Instruction, Wisconsin’s graduation rate is about 89 percent.

"Scott Walker slashes funding for our schools then promises he'll fix it if give him another four years," said spokeswoman Britt Cudaback. "The people of Wisconsin are smarter than that — Walker trumpeting an unspecified investment in a targeted program won't make them forget."