Reforming Wisconsin’s prison system has become a major issue in the race for governor and it didn’t happen by accident.

Advocates pushing to reduce the state’s inmate population secured a commitment from Democrat candidate Tony Evers to cut the amount of Wisconsin prisoners by half, setting a stark contrast with his incumbent opponent, Republican Gov. Scott Walker.

Walker has spent decades in politics pushing policies aimed at getting tougher on crime, such as longer sentences for offenders, not shorter.

Sarah Ferber is no stranger to Wisconsin’s criminal justice system.

Ferber was arrested in 2014 for delivery of heroin and possession of methamphetamine, but with the help of a treatment court in Eau Claire, she was able to avoid prison, stay sober, get a degree in social work and become the statewide director of a group called Ex-Incarcerated People Organizing or EXPO.

Her group and interfaith coalitions WISDOM and the Milwaukee Inner-City Congregations Allied for Hope, or MICAH, have spent years advocating for Wisconsin’s prison population to be cut in half and for the state to address racial disparities within the criminal justice system.

African-Americans make up less than 7 percent of the state's population, but 43 percent of Wisconsin's prison population are black men. This year, advocacy groups scored a political victory when Ferber said they forced prison reform into the race for governor.

Ferber says neither Walker or state Schools Superintendent Evers attended the January event, but Evers did send a letter of support.

During a Democratic primary debate in July that featured Evers on stage with nine other governor hopefuls, Evers reaffirmed his pledge to reduce the state’s prison population from 23,000 inmates to 11,000.

While Evers' pledge won the support of advocates, it was quickly used against him by Walker who released an attack ad on the topic.

"Now, Evers wants to cut Wisconsin’s prison population in half," states the ad’s narrator. "A dangerous plan that today would mean releasing thousands of violent criminals back into our communities, which could include felons who’ve committed rape, assault, robbery and even kidnapping."

There are more than 23,500 inmates in a prison system built to hold less than 18,000, according to the Wisconsin Department of Corrections. More than 60 percent of them are serving time for violent offenses. The current state budget earmarks nearly $2.5 billion for corrections through next year.

While Walker was a state representative in the 1990s, he was a lead proponent of truth-in-sentencing laws, which eliminated parole for those convicted after 1999, the laws have led to more offenders being locked up for rule violations while on probation.

The truth-in-sentencing laws caused inmates to spend longer prison sentences and sent more people back to prison for probation rule violations, according to research by the nonpartisan Wisconsin Taxpayer Alliance.

There are 2,134 people incarcerated that are eligible for parole under the law prior to truth-in-sentencing; and between 2013 and 2017, 9,985 hearings were held but only 865 inmates were granted parole, according to the DOC.

Walker has said his support for truth-in-sentencing stems from a discussion with a victim of a violent crime who told him seeing her attacker released early made her feel like a victim all over again.

"She deserved to know if she was going to face down the perpetrator of that crime, exactly how much time he was going to serve in prison and under the old system he got out early," Walker told WPR.

Instead of releasing inmates early, Walker says there should be more alternatives to incarceration when appropriate and more funding for prisoner vocational training.

While the current state budget increases funding for treatment and diversion programs from $6 million to $9 million, the programs are only available in 46 of Wisconsin's 72 counties. The state does have an earned-release program where inmates who successfully complete a six-month treatment program can have their remaining prison time converted to supervised release. To qualify for the program a judge must deem an inmate eligible. Between 2013 and 2017, according to the DOC, 6,186 inmates completed the program.

Former GOP Governor: 'Too Many Prisons' Were Built

While Walker wasn't alone in calling for stricter sentencing in the 1990s, when the state’s inmate population grew the fastest, some who joined him then have since had a change of heart.

Former Republican Gov. Tommy Thompson said there was a "clarion call" for tougher sentences after a rash of high-profile crimes.

"And the public was just fed up with it," Thompson told WPR. "They wanted their streets safe and they wanted the bad guys off the streets."

Between 1990 and 1999 the state’s prison population tripled and 12 new prisons were built across the state. That’s something Thompson now regrets.

"Well, I think I built too many prisons when I was governor, and I’ve apologized for that," Thompson said.

Thompson has now joined the call for prison reform in Wisconsin.

He’s proposing a plan that would give nonviolent offenders alcohol and drug treatment, vocational training, and pair them with employers for apprenticeships to reduce the prison population and address a shortage of skilled workers. While the former governor has changed his tune, Walker has not embraced the call to substantially reduce the state’s prison population. 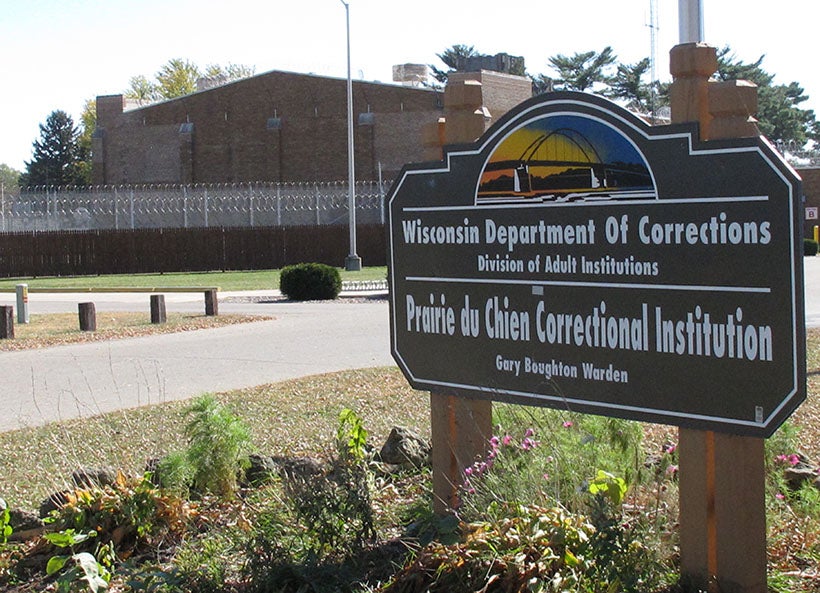 Just over the border, Minnesota has taken a different approach to crime.

Despite comparable populations, demographics and crime rates, Minnesota’s prison population is nearly three times lower than Wisconsin’s. As a result, Minnesota’s corrections budget is less than half of what Wisconsin spends on incarceration.

Gina Evans is a community outreach director for the faith-based nonprofit Minnesota Adult and Teen Challenge, which offers treatment and recovery programs for offenders and residents. She said while Minnesota has one of the lowest prison populations in the nation, they also have one of the highest levels of offenders on probation.

Evans said one major difference between the two states is the availability of subsidized drug and alcohol treatment programs. In the 1980s Minnesota created what is known as Rule 25, which offers treatment to any resident who is seeking help with addiction.

"Evidence shows that if we can get people through treatment in the community and to begin that road to recovery in the community, that their chances of maintaining long-term sobriety and jobs and education go up exponentially," Evans said.

Jeff Korte has spent the last six months at Minnesota Adult and Teen Challenge after being convicted of third-degree assault.

He said he’s been through Minnesota's criminal justice system for 13 years while struggling with drug addiction. Korte said his time in jail only taught him how to be a better criminal but the inpatient treatment and counseling programs are preparing him for life outside the system.

Due to overcrowding, Minnesota lawmakers have discussed reopening a shuttered prison or even leasing a privately run facility. A similar conversation is happening in Wisconsin after Walker proposed an $80 million plan to close a troubled youth prison and build five smaller, regional facilities across the state.

The types of programs Evans leads, and Korte is a part of, are similar to what Evers has talked about on during his campaign — even after his primary win.

Last month he held an event with former U.S. Attorney General Eric Holder that focused on keeping nonviolent offenders out of prison and reducing Wisconsin's racial disparities within it's criminal justice system.

"We have to learn from other states that have talked about the issues of making sure that we not only have diversion and treatment programs so that we can actually bring people back into society and become contributing members of society," Evers said.

Evers' promise to cut the prison population is hardly central to his campaign. And for the time being, Walker has moved on to other issues, too.

But neither candidate has backed down from their positions, giving voters two distinctly different paths for how Wisconsin could run its prisons for years to come.