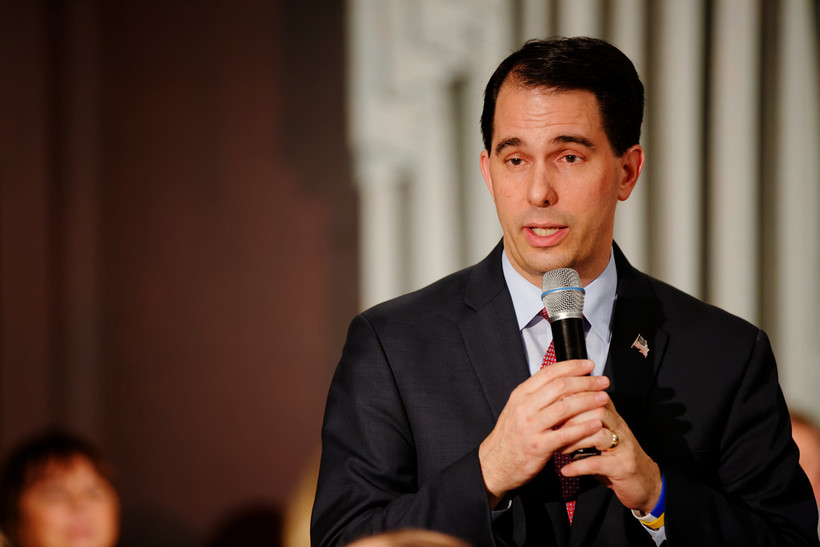 Gov. Scott Walker opposes legalized recreational and medical usage of marijuana in Wisconsin and advocates drug testing for recipients to assistance such as the Supplemental Nutrition Assistance Program, or SNAP, and Foodshare.

But, earlier this year, as head of the Republican Governors’ Association, he accepted a $25,000 donation from the National Cannabis Industry Association, which advocates for legal, safe use of marijuana.

Walker spoke to reporters in Green Bay on Thursday about savings the state has made in terms of public assistance fraud. He said he has met with employers who have told him they have trouble finding qualified workers who can pass a drug test.

The governor also indicated a $25,000 donation won’t sway the organization.

"If you look at that dollar amount versus the tens of millions of dollars we've raised, I doubt that has any more influence," he said.

Walker added that any money wouldn't sway his agenda.

"We make public policy decisions not based on who donates to any organization, but rather what’s good for the people of our state," he said.

But the liberal-leaning group One Wisconsin Now called Walker "hypocritical." Mike Browne, the group’s deputy director, questioned why Walker would accept a donation from the pro-pot group.

"Scott Walker is head of the RGA and this happened on his watch.  This is his responsibility and I would suggest that $25,000 is a significant financial contribution and is the sort of thing a politician would be aware of," he said.

Wisconsin is waiting for a federal waiver to allow for the drug testing of public benefits applicants.

Walker did recently sign a bill allowing for the legal use of a cannabis-based oil that has been shown to help seizure patients.