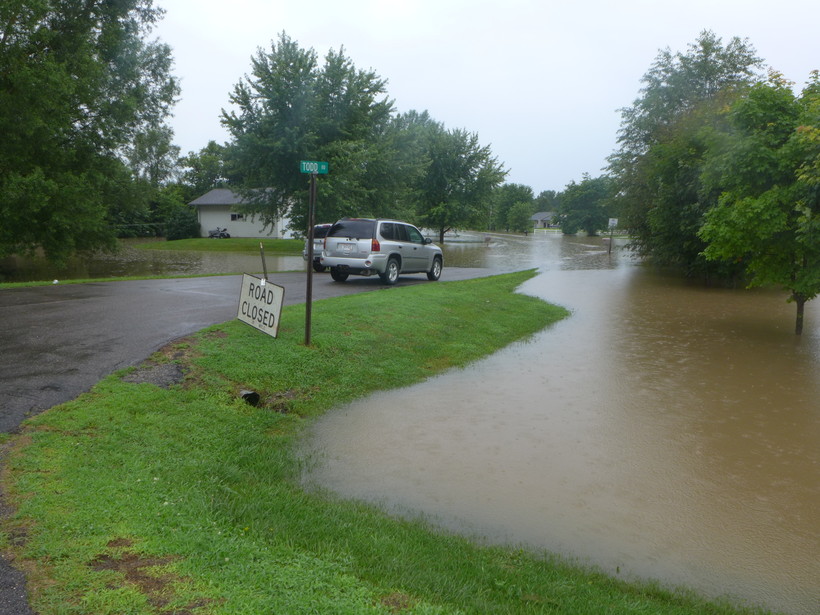 Walker Declares State Of Emergency For 17 Counties In Western Wisconsin

Gov. Scott Walker declared a state of emergency for 17 counties in western Wisconsin dealing with flooding and the possibility of more rain Friday.

Communities in Trempealeau County continued to experience rain and flooding Friday after flash floods earlier in the week.

Galesville residents were cleaning up the damage after Beaver Creek flooded part of the town Thursday. There, 20 homes and several businesses were evacuated Thursday morning, but residents were able to return to their homes by the end of the day. Bear Creek in Galesville was back down to normal levels Friday.

Galesville resident John Tourtlelott said his home and business were fine, but buildings nearby had heavy water damage.

"All the homes are fine. The old curling club behind us here, that's a total loss," Tourtlelott said. "They were right behind the levy where it broke, and they probably had 4 or 5 feet of water in their buidling."

Galesville Mayor John Graf said some businesses also were impacted by the flooding.

"We had a business that used storage in one of the structures along Mill Road at the old lumberyard," Graf said. "That was just completely awash with water and there was a lot of material they lost there."

Tourtlelott said the community hasn't experienced this level of flooding since 1980.

A neighborhood in Centerville was evacuated Thursday night due to rising waters from Tamarack Creek, and water continued to cover one road Friday, affecting around 10 homes.

Crews are clearing fallen trees and limbs and repairing and assessing damage, according to the state Department of Natural Resources.

Lake Neshonoc at West Salem is closed to all boat traffic because it has spilled its banks in some locations, according to the La Crosse County Sheriff's Office.

The DNR's Paul Holtan said crews were out Friday to make assessments and begin cleanup.

"We're inspecting all of our campgrounds for hazardous tree situations, and mostly right now folks are cleaning up downed trees on trails and in state park properties," Holtan said.

DNR engineers are also monitoring a number of state dams, including the Perch Lake Dam in Monroe County.

Meanwhile, according to the state Department of Transportation, at least a half dozen roads in southwestern Wisconsin remained closed Friday due to flooding.

More more flooding could be on the way. Forecasters say storms moving through the state could bring several more inches of rain by Saturday morning. State officials will monitor rivers, roads, trails and dams as the showers and storms make their way through the state.

Walker planned to tour flood damage Friday in the Trempealeau County city of Arcadia and the village of Ontario in Vernon County.

The National Weather Service has issued a flash flood watch for Trempealeau and surrounding counties through Saturday.