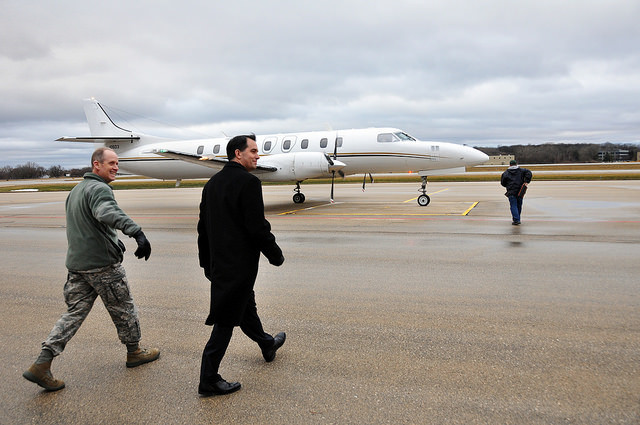 $108M Will Remain Outstanding This Fiscal Year, According To Fiscal Bureau Memo
By Shawn Johnson
Share:

The Walker administration plans to delay the repayment of state debt to balance the budget, a move that will lead to higher interest costs for state government down the road.

Walker has been quiet about how he plans to fill a shortfall in the budget that ends June 30, saying he believes his administration can handle it internally. A memo from the nonpartisan Legislative Fiscal Bureau shows that part of the way the governor would do that is by delaying the repayment of $108 million in state debt this fiscal year.

State Rep. Gordon Hintz, D-Oshkosh, who asked for the Fiscal Bureau memo, said the only reason the state even faces a deficit is that Walker's policies created it.

"And now we're borrowing money to ultimately pay for decisions on tax cuts that were made in an election year last year," said Hintz.

While it's unclear how much delaying this repayment will cost state government over the long haul, the Fiscal Bureau said it will cost the state roughly $1.1 million in extra interest payments in the next budget.

Read the Fiscal Bureau's memo to Democrats on the Legislature's budget committee below: