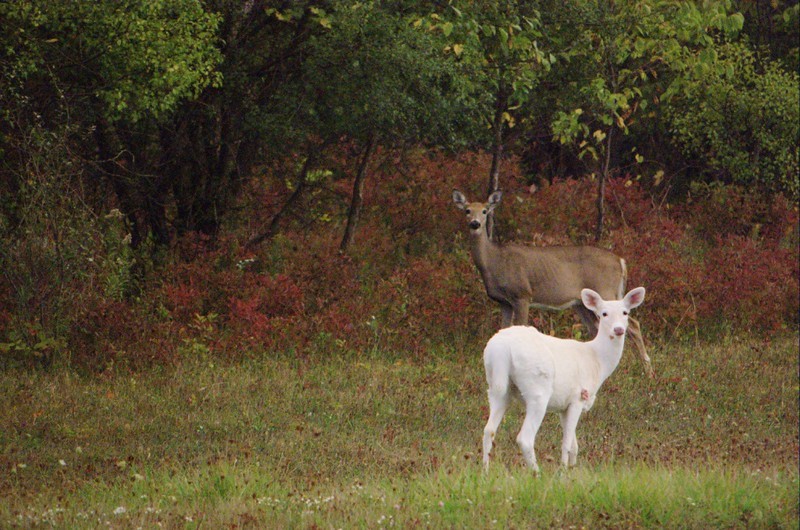 The citizens group that advises the policy-setting board for the Wisconsin Department of Natural Resources asked the public whether they would support legalizing the harvest of white deer statewide, which is currently illegal. Piebald deer, which are white and have brown spots, are legal to harvest.

More than 12,000 people took part in this year's spring hearings — roughly one-fifth the number of participants recorded during last year's first online survey. The results show 4,895 people opposed hunting white deer compared to 4,704 voters in favor of a season — a margin of nearly 200 votes. White deer differ from albino deer in that their hooves, eyes and nose are dark unlike albino deer whose eyes and nose are pink. 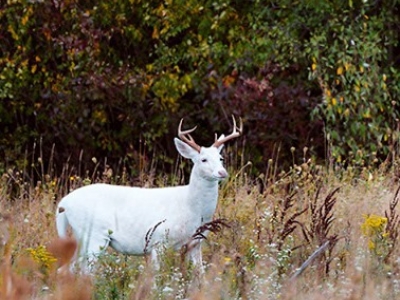 "We're being told that they should be hands off, but, at the same time, in some of these counties, deer populations are higher than maybe scientists would like to see them," said Blattler.

Blattler argued that growth of the deer in some areas have caused problems for landowners and farmers.

White deer are a rare genetic variation that can result from leucism and albinism. Leucism is an abnormal condition that is caused by partial loss of pigmentation unlike albinism where there's an absence of melanin. In the question posed to voters, the Congress said white fur makes the deer more visible and susceptible to predators.

White deer are currently protected for social reasons, according to Jeff Pritzl, state deer program specialist with the Wisconsin DNR.

"It's got nothing to do with the biology or the management of the deer herd," said Pritzl. "It's a recognition that from a cultural standpoint people recognize the uniqueness of white deer and feel it is something to protect."

Pritzl said white deer have become a growing topic of discussion as some deer hunters feel the number of white deer has grown in areas like Wood and Winnebago counties. The DNR conducted a survey last year that documented white deer in 21 counties across Wisconsin.

Pritzl said the agency doesn't have a population estimate for white deer because of the small number of animals on the landscape. White deer make up less than 1 percentage point of the overall deer herd.

Amy Sprecher and MaLenna Smith, who live near Leland in Sauk County, are part of the group Protect the Rare White Deer that has been trying to stave off efforts to hunt white and albino deer. The group was formed after a hunter shot a white buck near Leland in 2012.

"We were really surprised to see this," said Sprecher, of the slim margin.

When the question came up in the 2014 hearings, Smith said the idea was shot down two to one. She argued the issue reflected the will of hunters rather than growth in the population of white deer. Smith added that the idea to only hunt white deer is "not a workable proposition."

"They're too hard to tell apart, especially at a distance for hunters," said Smith.

Among other issues, voters also supported implementing the Association of Fish and Wildlife Agencies recommended best management practices for chronic wasting disease, a deadly deer disease that affects 57 counties in Wisconsin. Those practices include limiting the movement of live animals, carcasses and concentration of deer.

In 2018, former Republican Gov. Scott Walker directed state agencies to draft emergency rules that included restricting the transport of deer and double-fencing of deer farms, but those restrictions were either scrapped or allowed to expire. Under Democratic Gov. Tony Evers, DNR Secretary Preston Cole has said the agency is focusing on research to address the spread of the disease.

Voters also approved a resolution that seeks to endorse legislation that would put a price on carbon to encourage companies to transition to clean energy alternatives. In addition, they supported increasing funding for more DNR scientists and restriction of high capacity wells.  Voters also opposed awarding permits and allowing construction of a roughly 40-mile reroute of Enbridge's Line 5 oil pipeline in northern Wisconsin.

Blattler noted some of those questions would require legislation to implement. He said county delegates for the Conservation Congress will review the spring hearing results and send it to the district leadership council for a decision on how to move forward. The first round of district meetings will be held between May 10 to May 21.