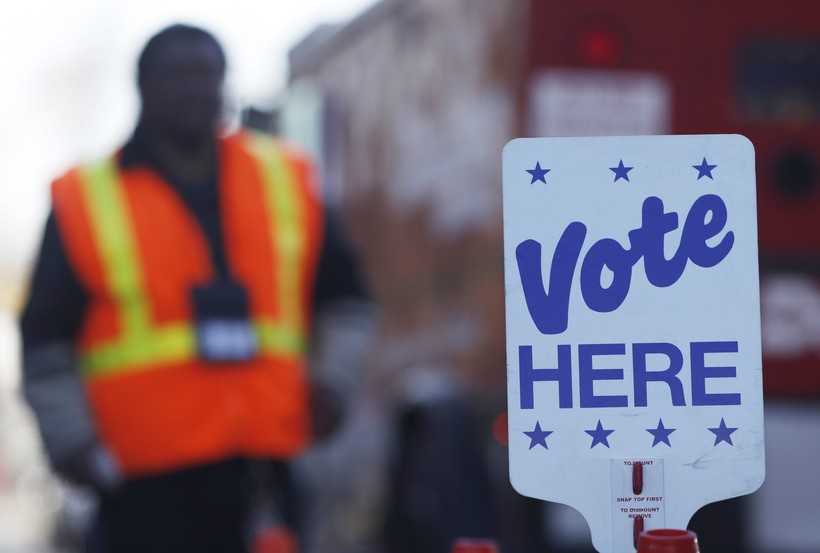 Voter turnout for the spring election was poised to beat expectations Tuesday, according to election officials across the state.

Clerks reported signs of especially strong turnout early Tuesday, despite freezing rain and snow in parts of the state.

"I'm not certain if people are coming out earlier because they know the snow is coming or it's just going to be a higher turnout race," said Ashley Reichert, clerk for Washington County, a conservative stronghold.

Reichert said an early afternoon report from city of West Bend election officials put turnout there at about 16 percent by 1 p.m., which matched countywide turnout for the entire day in last year's spring election.

Conservative Waukesha County was also prepared for and expecting high turnout, according to its clerk.

"We’ve got a lot of interest statewide in the state Supreme Court race," said clerk Kathleen Novack. "We also have a very active campaign going on the circuit court judge here in Waukesha County."

Novack said she ordered enough ballots to accommodate turnout nearing 60 percent, which would be on par with turnout in a presidential election year.

The liberal stronghold of Dane County also appeared to be on track Tuesday afternoon to shatter typical turnout numbers for a spring election in a nonpresidential election year.

"If that holds to normal patterns, we'll be close to 50 percent turnout," McDonell said.

Turnout for last year’s spring election in Dane County was about 26 percent.

Statewide turnout was roughly 16 percent, according to figures from the state Elections Commission.

Polls will be open until 8 p.m. Tuesday.