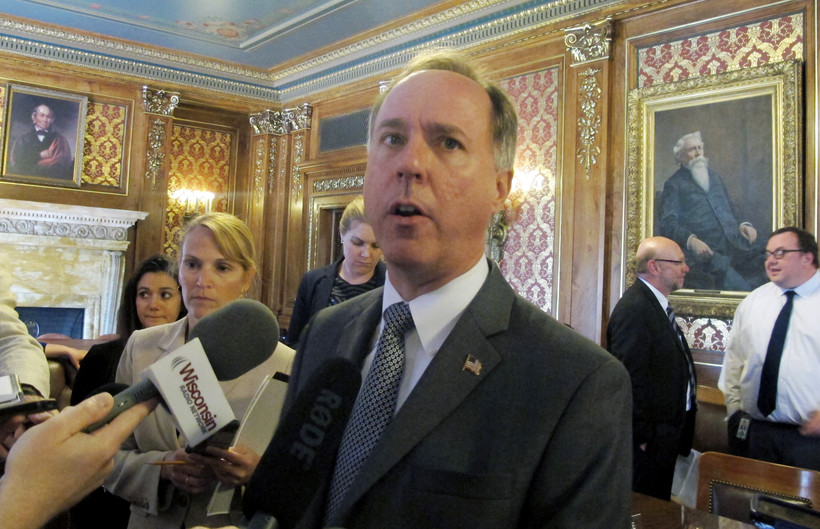 The Speaker's comments Thursday come just two months after Vos said he was embarrassed by the GOP nominee.

Vos, who was an early supporter of Florida U.S. Senator Marco Rubio in the Republican presidential primary, told a WisPolitics forum in Madison that the election environment has changed quickly.

"We actually thought a year ago that if Donald Trump would have been the nominee, he would have had a drag on our ticket," Vos said. "I think many of us worried about that on the Republican side. And frankly, it's exactly the opposite, which I would have never predicted."

Vos, who oversees the Assembly campaigns of Republicans throughout Wisconsin, said Trump is benefiting candidates in competitive races.

"We see that he is bringing out an awful lot of folks who in the past either hadn't been involved in politics or perhaps didn't think that they had a home in the Republican Party," Vos said.

Assembly Democratic Leader Peter Barca, who joined Vos at the forum, disputed the idea that Trump would help Republicans.

"In the seats that are most competitive, Hillary's winning," Barca said.

"First of all, he energizes our base," Barca said of Feingold. "And he also helps to get independents to come over to the Democratic fold."

Barca said Republicans gave Democrats an opening in this election when they passed laws restricting John Doe investigations, ending the nonpartisan Government Accountability Board and rewriting the state's campaign finance laws to allow for larger donations.

Vos said his candidates were running on the Republican record of cutting property taxes and touting a growing economy.

"Democrats—their job is to look outside and figure out how they can complain about the sun shining," Vos said. "It's not going to work."

Assembly Republicans currently hold 63 seats compared to 36 for Democrats, an historically lopsided margin which will put the GOP on defense in many districts this November.

Barca singled out Bernier at the WisPolitics forum, referencing comments Bernier made in February when she walked out of a meeting of local school district representatives, saying it was "worse than going to a dentist." Barca said the comment had damaged Bernier's reputation with voters.

"Honestly, coming back with a majority is a win," Vos said. "Because if Republicans control the place whether it's 51 seats or 61 seats or whatever the number is, that's a huge win for people who believe in limited government."

Barca said the number of seats Democrats win in November will depend in large part on what kind of election it turns out to be on a national scale.

"I think it depends on the wave," Barca said.  "I feel very confident we'll come back with more seats than we have now."