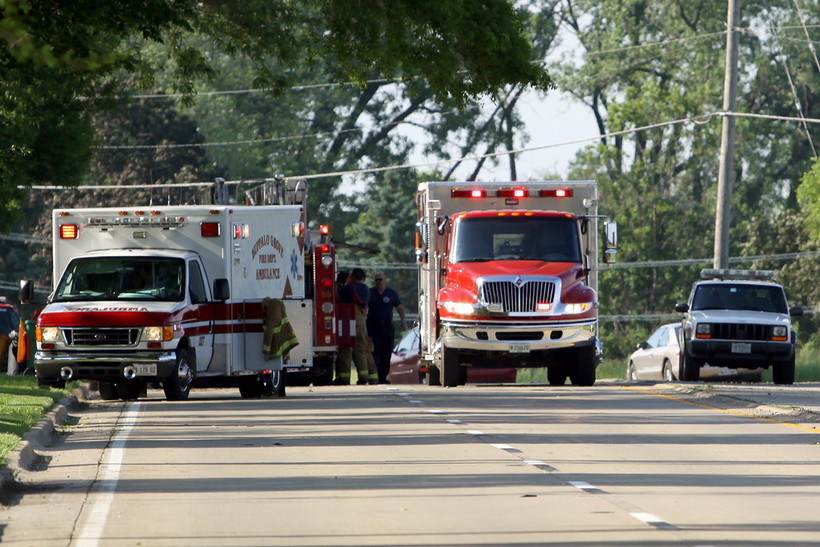 Bills Try To Shore Up A System That Relies On Unpaid EMTs
By Shamane Mills
Share:

State lawmakers are considering changes to help rural communities keep a dwindling supply of volunteer first-responders, even as some question whether the system should even exist.

When there’s an accident in many rural areas of Wisconsin, volunteer emergency medical technicians respond. But it’s getting harder to recruit people to be unpaid EMTs.

"We’re at a point where we have to say before (the volunteer system) collapses entirely, 'What can we do to lengthen it?'" said Dana Sechler, who directs Baraboo emergency medical services. He testified at a recent legislative hearing of the state Assembly's health committee.

Some think relying too much on a volunteer first-responder system is risky.

"We do not have volunteer cops, garbage men. Why do we think that people saving lives and answering 911 should do it for free?" said John Eich who directs the Wisconsin Office of Rural Health.

Chairman of the Assembly Committee on Health, state Rep. Joe Sanfelippo, R-New Berlin, pointed out that communities don’t have to rely on volunteers.

"A municipality has the ability, if they decide they want to put on that service and have full-time (first-responders), they’re free to do so. So it’s not like there’s anything we’re doing, anything that’s preventing that from happening," Sanfelippo said in response to Eich’s concern over a reduction in emergency medical services training funds provided by the state.

Three bills authored by state Rep. Jesse Kremer, R-Kewaskum, aim to improve emergency services in rural areas. Under the proposals, EMTs would have an additional year to become re-certified, more EMTs could get state funds for training and ambulance service levels would be upgraded.

Eich raised concerns about changing recertification from two to three years, saying it could lead to lower training expectations.

"If we want to ease the burden on EMRs, EMTs, paramedics, etc., absolutely! I’m hugely in favor of that," Eich said. "But I’m not in favor of lowering the continuing education credits. And as I understand this bill, we’re taking the same number of education credits and spreading it over three years instead of two. I think that’s a terrible idea."

Training requirements can be difficult for those with job and family commitments. And some say the level of training is more than what’s needed under most circumstances. One example Blaine Werner pointed to is drug overdoses.

"Narcan, a police officer gives now with two hours of training. I couldn’t do it unless I had an advanced emergency medical technician license. Epi Pens are now given by anybody," said Werner, an EMS director for Random Lake’s all-volunteer fire department .

Eich, the rural health office director, called the three proposals good bills, but said he would like to see more done to improve emergency services in rural areas.

"We will reach a point — and we are already reaching a point — where rural services are closing," he said. "So imagine what happens when you’ve had a terrible accident and your loved one is dying next to you in the seat and you call 911 — if you can get a signal — and there’s not somebody to respond. Or if there is somebody to respond they say, 'Hold on, we’ll be there in 30 minutes instead of 10 because we have this volunteer system and we just expect everybody to keep giving."