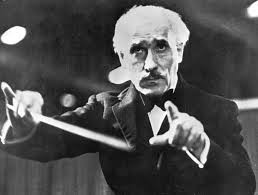 A Voice From The Crowd

On November 19, 1916, celebrated conductor Arturo Toscanini was at the Augusteo Theater in Rome to conduct the first of three concerts. The program included two pieces by Wagner—Forest Murmurs from Siegfried and the funeral music fromGötterdämmerung. On previous occasions, the orchestra had performed music by major German and Austrian composers without incident, but this night would be different.

Three months earlier, Italy had declared war on Germany, and, just a few days previously, a German air raid had killed more than a hundred Italians, most of them old people, women, and children. To Italians, Wagner represented imperial Germany. When Toscanini arrived at the hall, he was greeted with a shower of leaflets protesting German music in general and Wagner in specific.

After the hall had settled down, Forest Murmurs went smoothly enough, but during a quiet moment at the beginning of the funeral music, a voice from the balcony called out, “This is for the dead of Padua!”

Toscanini tried to quell the resulting uproar by playing the Royal March. When he realized that the crowd was not to be quieted, he threw down his baton, stalked out of the hall, and left the city.

Some years later, the man who had uttered the inflammatory words was identified. At the time of the uproar he was a soldier on leave, and had not intended to cause a commotion, had intended only to say that the music was the homage given by the enemy to the dead.

The incident would not be Toscanini’s last clash with politics. Fifteen years later he would be battered by young fascists after he refused to play their signature song before a concert in Naples.

Composer Alfred Casella tells the story in his 1924 autobiography Music in My Time.