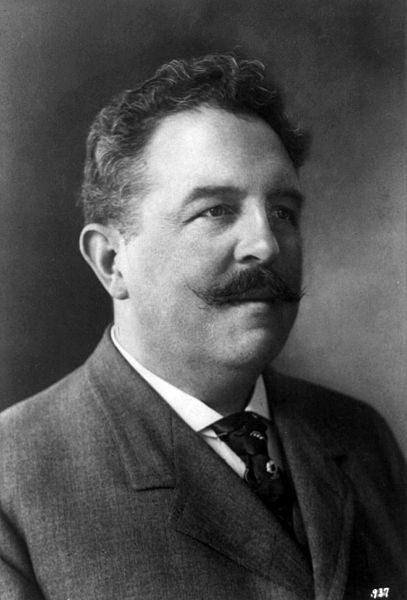 Victor Herbert was America's foremost composer of operettas.  He was also involved in one of the most notorious lawsuits in the history of music.

Herbert was born in Dublin in 1859.   He came to New York as a cellist in 1886 and soon began a career as a conductor and composer. In 1898 he became conductor of the Pittsburgh Symphony.

He had long since become accustomed to good reviews and bad.  But nothing prepared him for what he read in the New York Musical Courier one day in 1901.  It was a review, not of an individual work of Herbert's, but of his entire career:

"All of Victor Herbert's made-to-order comic operas are pure and simple plagiarism," the review said.  "There is not one single aria, waltz movement, polka, galop or march in those operas that has touched the public ear, and the street pianos and organs have ignored them--the best evidence that the people do not find them palatable

"How Pittsburgh intelligence could ever select this clever bandmaster as its symphony director passes comprehension."

Herbert hit the ceiling.  He sued the Musical Courier for libel, asking the court for $50,000 in damages.  For the next fifteen months the lawsuit was headline news, largely because of the absurdity of statements made by defense witnesses.  Particularly one claiming that part of Herbert's operetta The Wizard of the Nile was note for note taken from Beethoven's Ninth Symphony--a claim easily refuted by the eminent conductor Walter Damrosch.

Before it was over, the judge himself told the jury the article was libelous.  He added, "I know of no law that gives the publisher of a paper the right to say an untruthful thing about a private individual or a public individual."

Victor Herbert ultimately received just over $5000 as a result of that successful libel suit against the Musical Courier in 1902.  But above all he was vindicated as a serious and original composer—as well as a popular one.