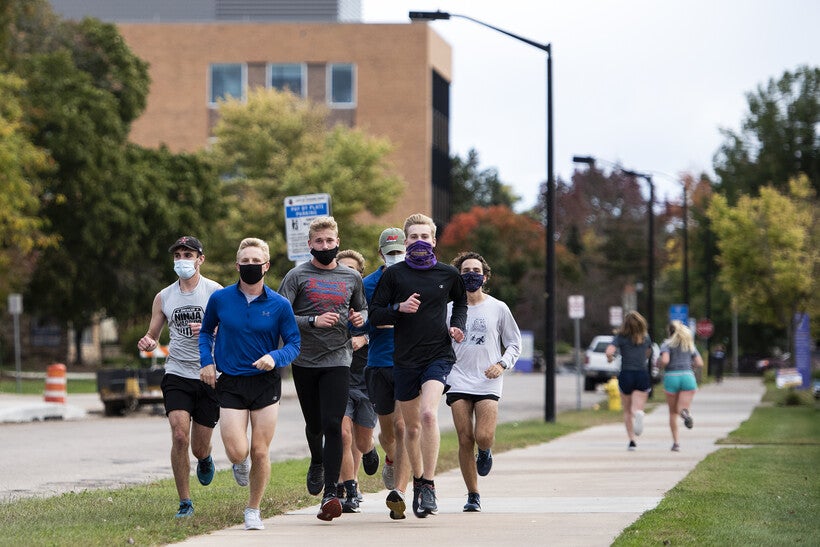 Fall enrollment across the state's 26 University of Wisconsin System campuses declined by an average of around 2 percent amid the COVID-19 pandemic, although declines at some universities and branch campuses were much higher.

A press release from UW System Administration Thursday stated that the enrollment decrease of 1.9 percent from fall 2019 is "in line with demographic shifts and less than national estimates."

There were 164,494 students that enrolled across the state's universities and branch campuses during the first full semester of the COVID-19 pandemic, compared to 167,688 students in fall of 2019. That's an overall decline of 3,194 students.

During Thursday's UW Board of Regents meeting, UW System Interim President Tommy Thompson said enrollment numbers were better than some had predicted.

"We did not suffer, as a system, a dramatic decline as many had feared and many other campuses had experienced," said Thompson. "In fact, in the UW System we were largely successful in maintaining enrollment despite this current public health course that we have inherited."

But when broken down by universities and branch campuses, the data showed significant decreases at some institutions.

For institutions with branch campuses, the UW System press release highlighted overall enrollment changes without any breakdowns by campus. Those breakdowns were provided to WPR upon request.

A number of two-year branch campuses saw enrollment declines in the double digits. UW-Platteville Baraboo Sauk County saw a 37.5 percent drop and UW-Platteville Richland saw more than a 32 percent decline this fall, according to the preliminary data. The Richland campus now has a total of only 108 students enrolled.

Enrollment at UW-Stevens Point increased by just more than 1 percent. A campus press release from Sept. 29 noted this was the first increase since 2012 and was driven by a surge in new first-year students.

"In that goal setting, we wanted to be authentic and transparent with students to help them understand the benefits of a UWSP degree," said Young.

UW-Stevens Point Director of Enrollment Operations Laura Bell said part of the pitch to those thinking about enrolling has been going beyond just explaining potential earnings.

"And I know that's been a message that we hear a lot," said Bell. "But bachelor's degree earners, you know, they can weather tough economic times a little bit better."

>Despite the overall enrollment decline across the system, Thompson remained upbeat.

"Our overall 2 percent drop in undergraduate enrollment is slightly less than the national estimates of just about 5 percent and also is in line with the expected demographic shifts in the state," Thompson said.

The national estimates he referred to come from survey data conducted by the National Student Clearinghouse Research Center. In October, the organization released data showing that college enrollment was down by an average of 5.7 percent across public and private universities and community colleges in the Midwest.

Thompson said the system-wide decline in new freshman was around 6 percent in Wisconsin, which he said was the main driver in the overall decline, along with an expected drop in international students.

Thompson also pointed out that enrollment numbers for students of color was up by about 2 percent across the UW System.

Editor's note: An earlier version of this story measured enrollment changes at University of Wisconsin campuses using preliminary data released in 2019. This story has been updated to include finalized enrollment data from 2019 in its measurements.