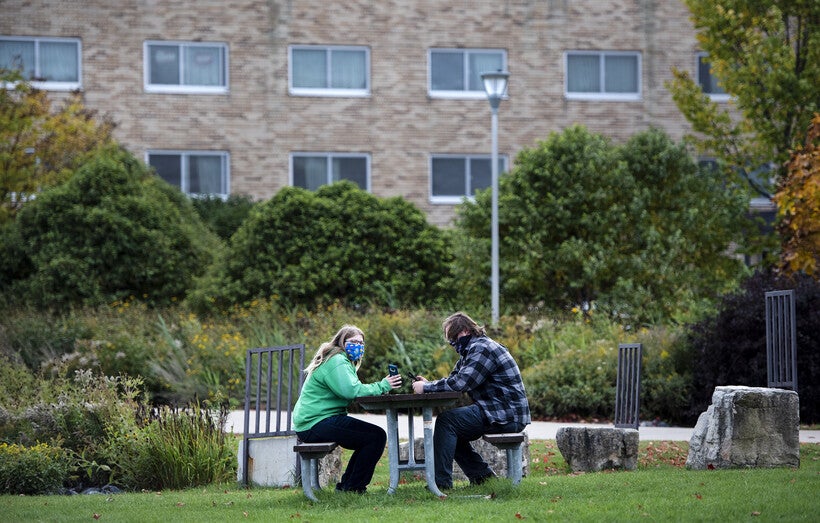 College Enrollment Down By 5.7 Percent In Midwest According To National Data

First-Time, Freshman Enrollment Down Nationwide By Between 11 And 22 Percent
By Rich Kremer
Share:

New data shows that nearly all colleges and universities across the U.S. saw enrollment declines this fall, with those in the Midwest suffering the most. The number of new freshman entering college dropped by an average of 16 percent.

A new report from the National Student Clearinghouse Research Center shows major downward shifts in enrollment trends for the fall semester of 2020 compared to fall of 2019. Only for-profit, private colleges saw enrollment gains.

Non-profit, private colleges along with public four-year and two-year colleges saw enrollment drop by around 4 percent nationwide. But in the Midwest, the declines reached 5.7 percent on average.

"While the total number of undergraduate students has declined 4 percent from the same time last year, there is a huge disparity between first-time students, which are down by 16.5 percent and returning students who are down only 1.5 percent," said Shapiro.

Shapiro said the enrollment trends and COVID-19 pandemic will make for financial challenges for colleges and universities. But he's most concerned about students who have foregone college due to family obligations or inability to pay.

"And I think many of these students are at risk of suffering permanent gaps in the acquisition of learning and skills that could take years to recover, even if they do manage to get back into school next fall," Shapiro said.

Drops in first-time student enrollments in Wisconsin were similar to national trends at some private colleges this fall.

Marquette University, in Milwaukee, recorded its smallest first-year class of students since 1997, which works out to a decline of 16.5 percent compared to the number enrolling in fall of 2019. A university spokesman did not respond to a request for comment.

Viterbo University saw a slight increase in first-time students, but an overall decline of just more than 5 percent.

Marquette University also reported its most diverse student population in the campus's history in late September.

Bruess said St. Norbert College hasn't changed its recruitment strategies due to the coronavirus pandemic. And he said the campus is in a strong financial position despite the enrollment decline.

Bruess said there are indicators like a record number of inquiries and applications pointing to a potential surge in enrollment in 2021.

"So, we're feeling like this pandemic is actually helping us drive our enrollment strategy and looking forward to seeing how this enrollment cycle for next year plays out," Bruess said.

Carthage College Associate Vice President for Enrollment Ashley Hansen told WPR that despite around 40 students who had committed to attending not showing up, they saw growth.

"We were up, you know, roughly 6.5 percent over last year," said Hansen. "And so we are one of the few Wisconsin schools that have hit or exceeded their goals. We would have loved to see what would have happened without COVID-19 happening because we could have actually brought in the largest freshman class in the history of the college."

"And so we needed to have a pretty large new entering first year class. And so we ended up with the largest new entering class we've had in the last five or six years," said Schultz. "So, we had a really nice increase in our new student enrollment."

An email to WPR from Bellin College Director of Admissions and Enrollment Management Forrest Buck said the campus saw a 25 percent increase in first-time freshman this fall over last, though he noted with a small student body it doesn't take many students to significantly move percentages.

In a statement, Wisconsin Association of Independent Colleges and Universities President Rolf Wegenke said he doesn't have current enrollment numbers for all the state's private institutions at this point. But he said "these are trying times" for students, campus administrators and a state experiencing shortages in critical occupations.

"In addition, the number of high school graduates has been in decline for years," said Wegenke. "Not only must we address the pandemic, we must take steps to assure that Wisconsin will be competitive in the Knowledge Economy."