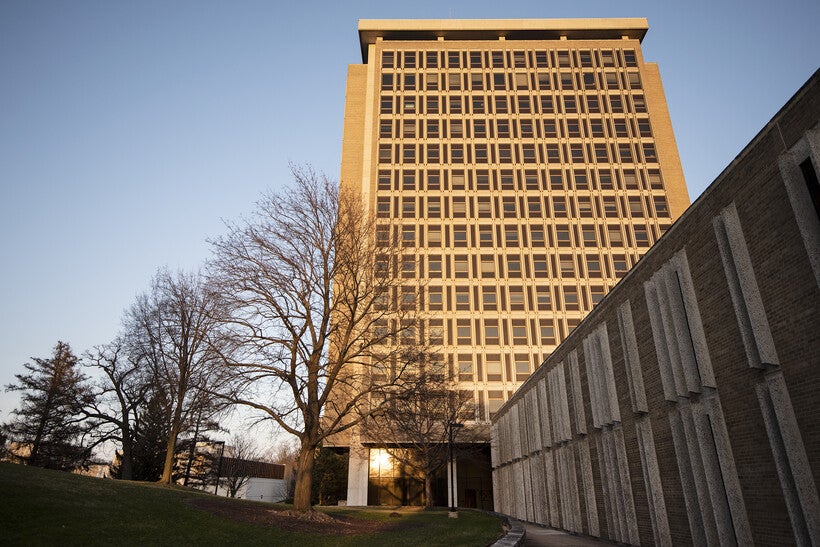 Interim President Tommy Thompson: 'I Am Going To Stand My Ground' To Keep Students, Employees Safe
By Rich Kremer
Share:

University of Wisconsin System interim President Tommy Thompson says he will not comply with an order from Republican state lawmakers to submit COVID-19 safety restrictions and requirements for their approval. Thompson said he doesn't think the state Legislature will sue over the matter but said if it goes to court he's confident the UW will win.

During an interview with reporters on Tuesday, Thompson said state statute and administrative rules give the UW System "complete authority" to regulate campus structures and provide for the safety and welfare of all faculty, employees and students.

Thompson's announcement follows a party-line vote of the Republican controlled Joint Committee for Review of Administrative Rules on Aug. 3 ordering the UW System to submit all COVID-19 mask and testing requirements to the committee as an emergency rule. It's expected that if such rules were submitted the committee would reject the rules.

State Sen. Stephen Nass, R-Whitewater, co-chairs the committee and said at the time the UW System needed to "follow the rule of law and issue an emergency rule." A staffer with Nass' office has told WPR he "will support legal challenges to force compliance with state law."

"It is not surprising that the Ivory Tower administrators at the UW System are openly defying state law to issue Covid-19 mandates to control every adult that dares to walk on their campuses with the notable exception of 70,000 plus ticket paying fans at football games in Madison. Apparently, the UW System has discovered that revenue generating football games don’t spread Covid-19."

Nass' statement continued by saying, "This fight is not solely about mask mandates or testing requirements. This fight is really about the desire of multiple chancellors to dictate every student, employee and campus visitor be vaccinated for Covid-19 or be banished from their campuses."

Thompson said the committee, and Legislature as a whole, allowed the UW System to enact a statewide mask requirement during the previous fall and spring semesters and he expects the state's colleges would win if the battle goes to court.

"I'm not abdicating my responsibility and I will contest it aggressively, even though I don't want to pick a fight with the Legislature," said Thompson. "I am going to stand my ground and we're going to fight, if we have to, to make sure that we maintain our colleges and make sure that our students are able to get the best education possible in as safe and healthy a way as possible."

WPR asked Thompson what would be at stake if the UW System loses such a legal challenge and is told it cannot have mask or testing requirements during the pandemic.

Thompson said in a worst case scenario, without COVID-19 safety protocols, universities might have to close and move classes online like they did in March 2020.

Thompson was also asked if the UW System was planning to mandate vaccinations for students and employees at the state's 26 campuses now that the U.S. Food and Drug Administration has given full approval to Pfizer's COVID-19 vaccine. He said he has directed UW campuses not to require vaccinations and he hopes to use incentives instead.

On July 25, Thompson announced a campaign called "70 for 70" that will offer $7,000 scholarships to 70 students from campuses around the state that are able to reach a 70 percent vaccination rate among the student population. But Thompson said he doesn't know what percentage of students are vaccinated at this point.

Fall classes at most UW System campuses start Sept. 2 with others starting the following week.