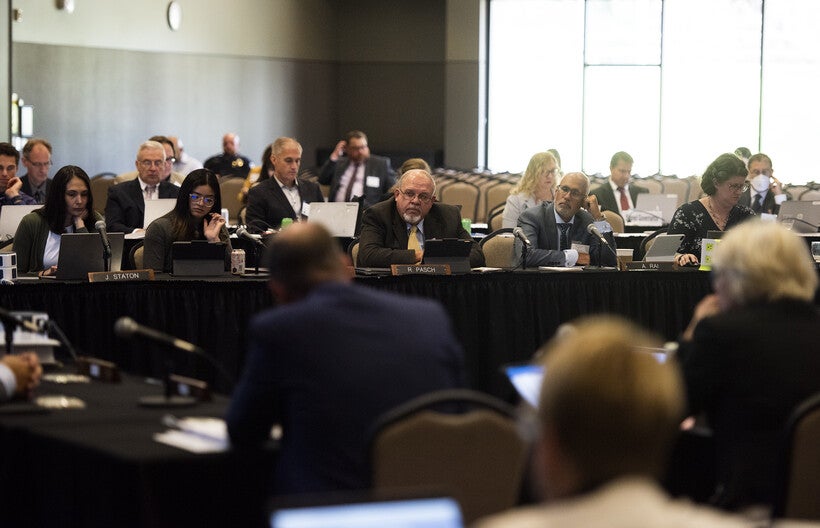 Attendees listen to discussion Thursday, Aug. 18, during the UW System Board of Regents meeting in at UW Green Bay, Wis. Angela Major/WPR

Nearly half of additional funding would go toward pay raises for UW employees to account for inflation
By Rich Kremer
Share:

The University of Wisconsin System is seeking $262.6 million in additional state funding in its two-year budget request and plans to use the bulk of that to boost employee pay by 8 percent by 2025. Regents passed the proposal unanimously even as some expressed concern that it could be a tough sell with Republican state lawmakers who increased the system's base funding by $16.6 million last year.

Inflation was a major theme on Thursday as the UW System Board of Regents discussed its 2023-25 biennial budget request. UW-Milwaukee Vice Chancellor of Finance and Administrative Affairs Robin Van Harpen told members the university has felt some impact from rising costs, but expects the full brunt to hit in the coming year and beyond.

"The pressure on salaries and wages is like nothing I've ever seen before," said Van Harpen.

Because the COVID-19 pandemic has rapidly expanded the ability to work remotely, Van Harpen said it has never been easier for other universities or businesses to "pick off" university employees.

UW-Milwaukee raised its minimum wage for the campus's lowest paid workers to $15 per hour, which has cost the campus around $400,000 annually.

"Really, right now, the only way to pay those higher salaries is to cannibalize other positions," said Van Harpen.

The budget proposed by the UW System Administration office seeks annual pay increases of 4 percent during the 2023-24 and 2024-25 school years. Altogether, the $123 million increase accounts for about 47 percent of the UW's request.

UW System Vice President for Finance Sean Nelson said the system is also asking the state Legislature to fund 100 percent of the proposed pay increases for UW employees. Traditionally, 70 percent of what are known as "pay plan" increases are covered by the state and 30 percent are covered by universities. Nelson characterized the request as "a huge ask."

"But as a businessperson, I've done a lot more than 4 percent increases the last few years because we have to, for all the reasons you've indicated in terms of the labor market and the challenges we face," he said.

Nelson also said that UW campuses have spent nearly all of the $517.9 million in federal COVID-19 Higher Education Emergency Relief funding they had received at the end of last year. Congress required half of the funds to be spent on emergency student aid. A UW System audit in December 2021 found the remaining federal funds offset COVID-19-related revenue losses. 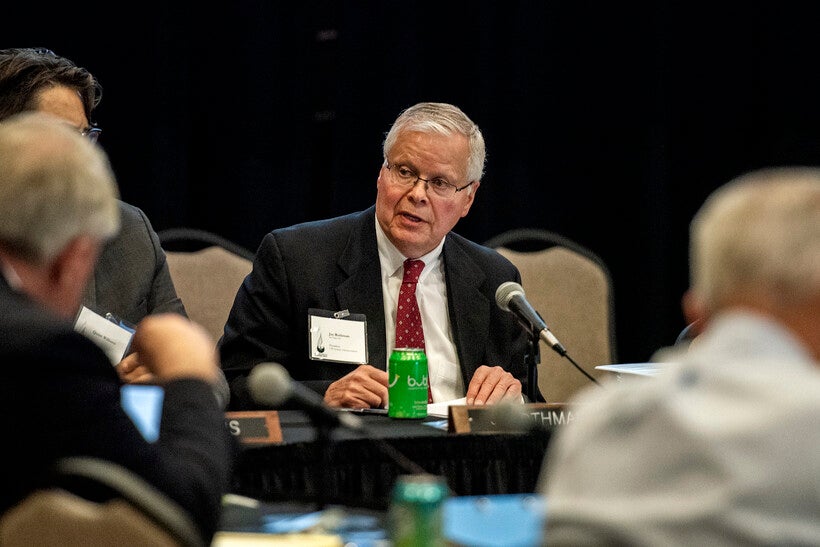 UW System President Jay Rothman is also seeking $24.5 million through 2025 for a tuition waiver program for students from low-income families at all universities except UW-Madison.

The Wisconsin Tuition Promise would cover remaining student costs not covered by financial aid for students from families with annual incomes below $62,000 starting in the fall of 2023.

During a Monday press conference at UW-Milwaukee, Rothman said the initiative is needed to produce more college graduates for state employers who are locked in "a war for talent."

Before unanimously approving the UW's budget request Thursday, some regents expressed concern that the system is not seeking an increase in tuition rates for in-state, undergraduate students.

In-state tuition for undergraduates has been frozen for a decade, either at the direction of state lawmakers or regents. The 2021-23 state budget lifted the freeze, which lawmakers first instated in 2013, but UW system officials opted not to raise tuition in their last budget.

"At some point in time, we're going to need to seriously consider taking our in-state tuition up a modest amount," said Rai.

How the UW System's request for an additional $262.6 million in state support will be received depends on who wins the governor's office in November and crafts a 2023-25 state budget proposal.

Ultimately, the Republican-controlled Joint Finance Committee stripped the tuition waiver and other proposals from the budget and increased the UW System's base operating budget by $16,604,400.

Editor's note: This story has been updated to say that the UW System is seeking $24.5 million for the tuition waiver program.

Wisconsin Public Radio is a service of the University of Wisconsin-Madison and the Wisconsin Educational Communications Board.