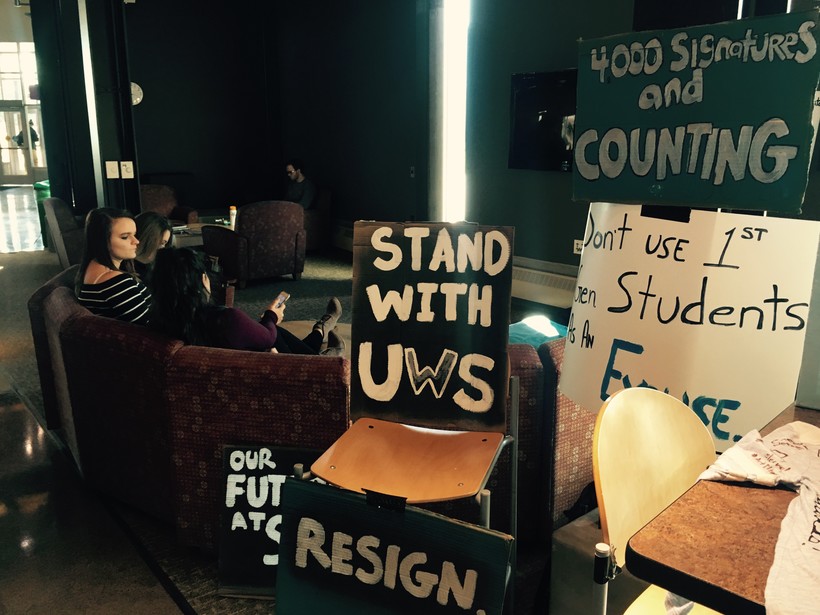 University of Wisconsin-Superior students protested Monday on campus in response to the administration’s decision last week to suspend 25 programs.

About a dozen students lined the hallway outside the office of UW-Superior Chancellor Renee Wachter with signs protesting the university’s decision. They created pins out of red ribbon and bells for students to wear to show solidarity against the administration.

The university announced last week it was suspending 25 programs due to low enrollment and poor completion rates. Some suspended majors include political science, sociology and theater. Minors that have been suspended include legal studies, physics and computer science. Students hope they can convince campus leaders to change their minds, but campus leaders say they won't re-examine the decision to suspend programs.

Megan McGarvey, a digital cinema major at UW-Superior, said campus administration were callous in their decision and communication is lacking despite several forums held after the announcement last week. She said she feels students should have a voice in the process.

"We spend thousands upon thousands of dollars," McGarvey said. "I’m going to be in debt at least until I’m in my mid-30s — and that’s only if I can have a job right after I graduate. ...For the choices that we wanted and had here to be just cut without our acknowledgement, without our knowledge, I think it’s just disrespectful to the students and the student body."

Students also set up tables in the Yellowjacket Union on campus to write letters to campus administration, UW System President Ray Cross, UW Board of Regents and state lawmakers in opposition to the suspension of programs. Around 150 letters were written as of Monday evening. 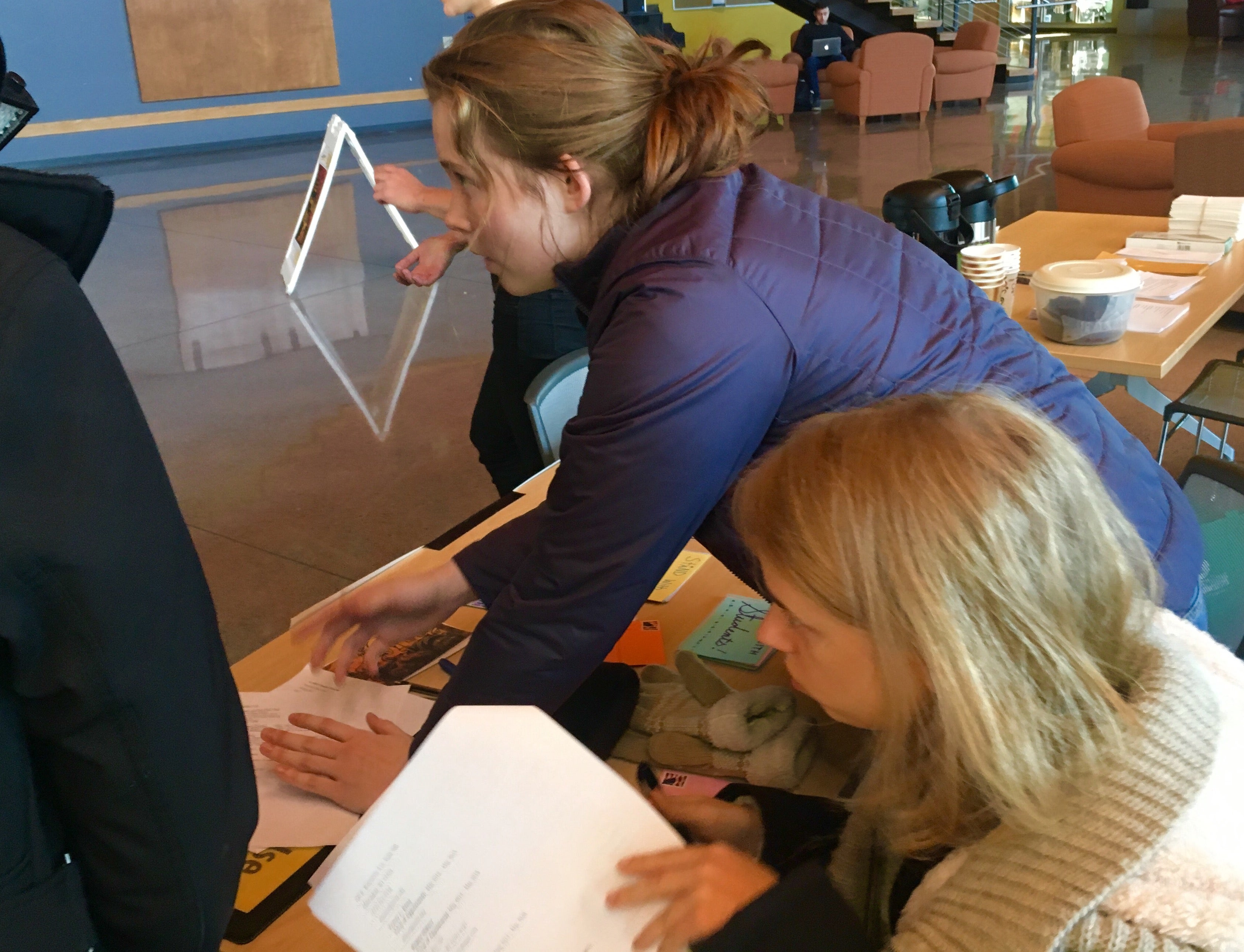 Sydney Kloster, a UW-Superior senior, center, said one of her majors is among the suspended programs. Danielle Kaeding/WPR

Sydney Kloster, a UW-Superior senior, said one of her majors — political science — is among the suspended programs.

"There might be reasons why we have to suspend programs, and that’s a definite possibility that I accept, but I think we should come together as faculty and students to discuss and talk about the best way," Kloster said. "If the goal really is to help students to succeed, as has been stated, I think it’s very important that students be consulted in the process."

As of Monday evening, more than 5,000 people signed an online petition Kloster started in opposition to the decision to suspend programs.

Students have been given a one-week window to enroll in the suspended programs. Those who are currently enrolled in the affected majors and minors will be able to complete their degree. However, new students won't be able to enroll after this week.

"As a student body president, I hope we can honor the fact that we have shared governance on this campus and hopefully that the process will be done in a different manner," he said.

"If we were to go back to re-examining the decisions that had been made, I’m confident that we would arrive at the same decisions that we arrived at through our careful deliberation and also data-informed decision-making," Weissenburger said.

Weissenburger said suspended programs have a five-year window in which they could be restored if prospective students showed substantial interest in those programs.

Some students have called for the resignation of Wachter, Weissenburger and Vice Chancellor of Enrollment Management Brenda Harms.

Wachter said she has no intention to resign.

"I heard the thoughts and the emotions surrounding the suspensions, and, believe me, I understand. In addition, I’ve heard from those who are very cognizant of the necessity and the complexity and the difficulty of the decisions, including having the confidence of UW System President Ray Cross," Wachter said. "I know, in looking out for the long-term interests of the university, my responsibilities as an administrator means addressing challenges and looking toward the future, and sometimes that means making decisions with which others may not agree."

Weissenburger said faculty and students will have a voice in what the future of programming looks like for the campus.

Editor's Note: This story has been updated to include information that students will be able to complete their degree in the affected academic programs.