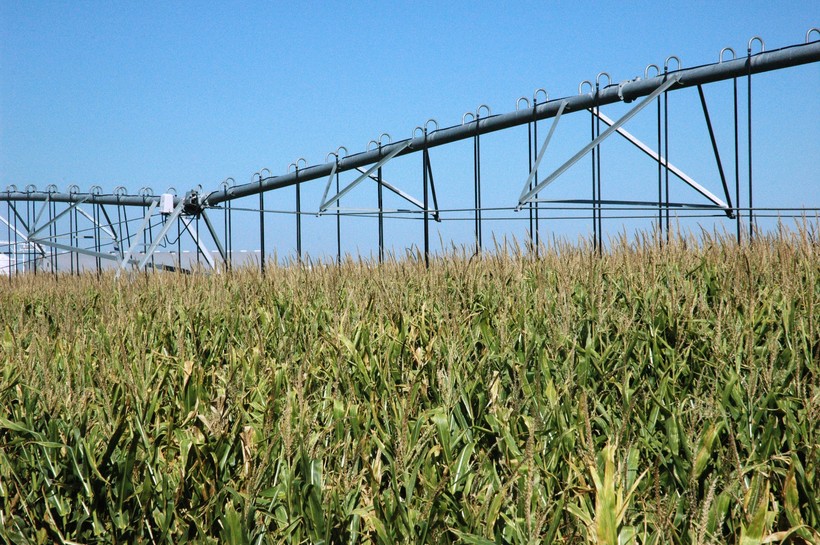 Irrigated Farms Saw A Decrease Of 1 To 3 Degrees Fahrenheit In Maximum Temperature, But Increased Minimum Temperature Of Up To 4 Degrees
By Mary Kate McCoy
Share:

A new study on the irrigated farms of Wisconsin’s central sands region is suggesting that something farmers in more arid climates have known for a long time is also true in the Midwest: a high concentration of irrigated farms can cool regional climate.

And while that initially sounds like a good thing, viewing irrigation as a defense against climate change is not the message, according to Mallika Nocco, lead author of the study out of the University of Wisconsin-Madison.

"What evidence suggests is that, yes, for a while it will offer some benefits and will cool maximum temperatures," she said. "But that will only go so far, it won’t continue to happen … irrigation is not going to change greenhouse-gas induced global climate change." 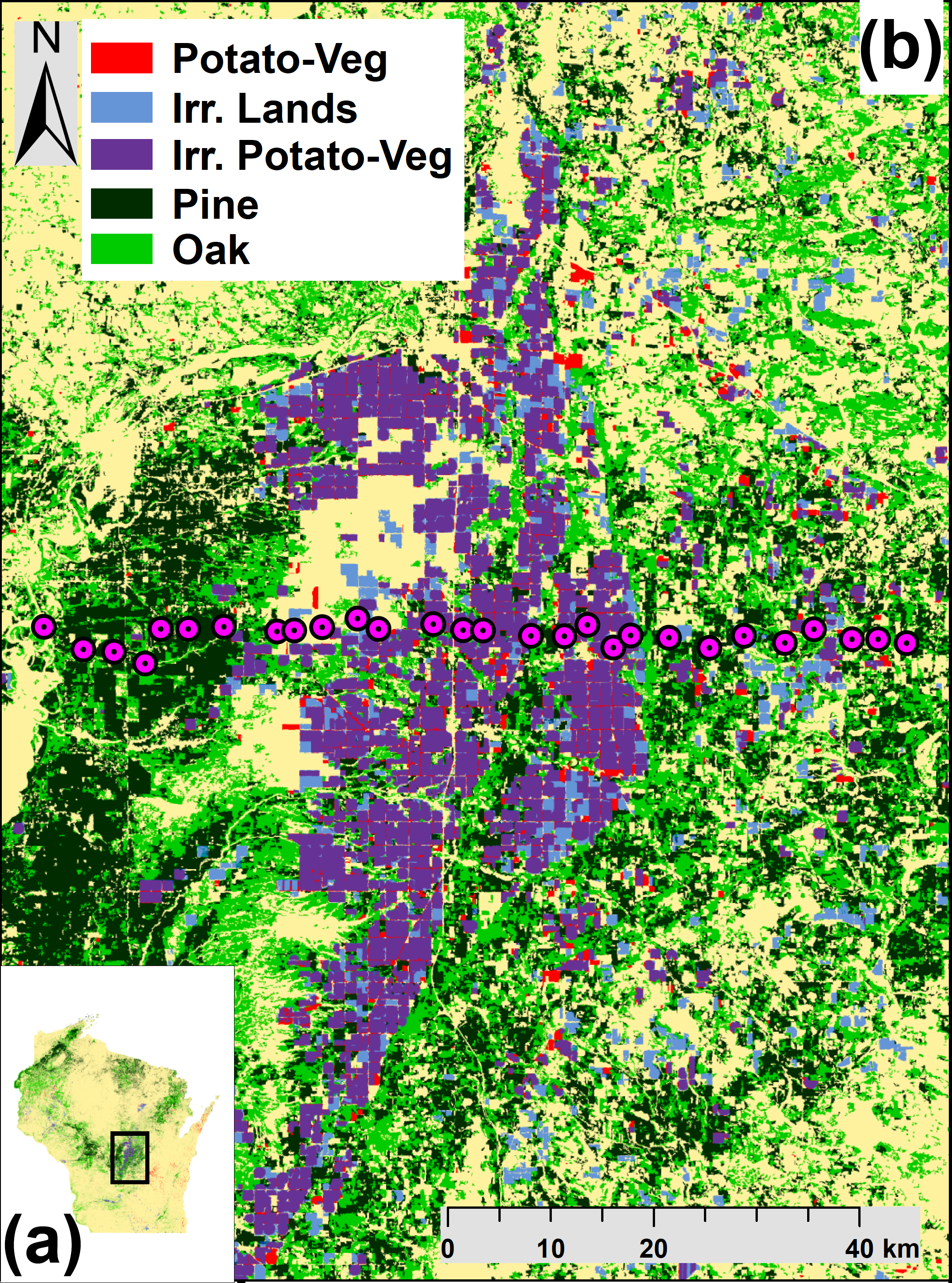 A map of the Central Sands region of Wisconsin where researchers studied the effects of irrigation on the local climate. A sensor was placed at each pink dot to mark a line across the region as it changed from pine plantations to farms to forests. Image courtesy of Mallika Nocco/Christopher Kucharik

In the dry, arid climate of some of the western states, it’s no surprise that introducing more water into the land can lower temperatures, but the researchers were unsure whether climates that are already humid, like the central sands, would see similar results.

What they found surprised them, said Christopher Kucharik, professor of agronomy and environmental studies who also worked on the study. They expected irrigation in the central sands to have an impact on the region’s climate, but they were surprised at how significantly it cooled the climate throughout the year compared to neighboring rain-fed farms or forests.

On average, the study saw a drop in maximum temperatures of 1 to 3 degrees Fahrenheit, while minimum temperatures rose up to 4 degrees — overall the range in daily temperature shrank by 3 to 7 degrees compared to rain-fed farms or forests.

The researchers studied data from 28 temperature and humidity sensors over 37 miles of the central sands region — from pine plantations in the west, through irrigated farms and ending in forests in the east — from 2014-2016.

"We think the reason it’s different in this area is because we irrigate sandy soil, which can’t hold water," she said. "We’re taking soil that is normally dry and keeping it wet all the time. When you fill a soil that is dry with water, you increase its thermal conductivity and its heat capacity."

Changes in temperature can have a wide-ranging effects on plants, pest populations and humans and animals in the affected areas, Nocco said.

"Having a decrease in diurnal temperature range (the difference in daily maximum and minimum temperatures) may affect different pests, plants, animals and humans," she said. "Could they tolerate the temperature in surrounding areas? It could change who lives there."

In humans, diurnal temperature change could especially affect vulnerable populations like children or older adults, improving circulatory or respiratory issues. However, it could also raise the risk of infectious disease for the general population, Nocco said.

For farmers, there could be implications for pest populations, as well as plant diseases, though researchers are unsure what that would look like.

Eventually, the regional cooling effects of irrigated areas will be overcome by rising temperatures that other regions are already dealing with, Kucharik said.

"Farmers are being buffered ... eventually what they are being protected by now won't be buffered as much in the future," he said. "Getting used to a cooler regime, then all of a sudden having higher temperatures with climate change won't be an easy fix."

The study was the first to connect irrigation to a cooler climate in the Midwest, but it also found that irrigation lowers the evaporative demand of plants, Nocco said, which asks the question of whether farmers could get away with irrigating less.

From a water sustainability standpoint, farming is a huge consumer, Kucharik said. On a global scale, agriculture makes up 70 percent of the world’s freshwater use.

The study’s results could impact how farmers prepare for a warming climate and sharpen weather and climate forecasts, Nocco said.

"Before we didn’t know if this was happening, now we know it is happening," she said. "I’m hoping we can factor it in from a farming perspective and regional climate perspective."