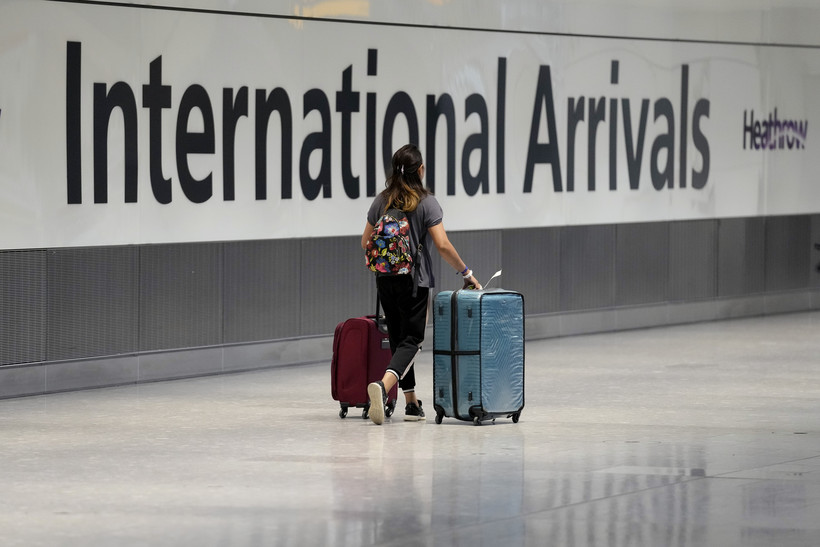 A passenger arrives from a flight at Terminal 5 of Heathrow Airport in London, Monday, Aug. 2, 2021. Travelers fully vaccinated against coronavirus from the United States and much of Europe were able to enter Britain without quarantining starting today, a move welcomed by Britain's ailing travel industry. Matt Dunham/AP Photo

After more than a year of cancellations due to the COVID-19 pandemic, college study abroad programs in Wisconsin have begun sending small contingents of students around the world.

Although interest in the programs is growing, the virus and a host of changing international travel restrictions have added a new layer of uncertainty for students hoping to learn overseas before graduation.

"It was very chaotic," Green said. "Obviously, the school tried letting us stay there as long as we safely could. And then eventually they pulled the plug." 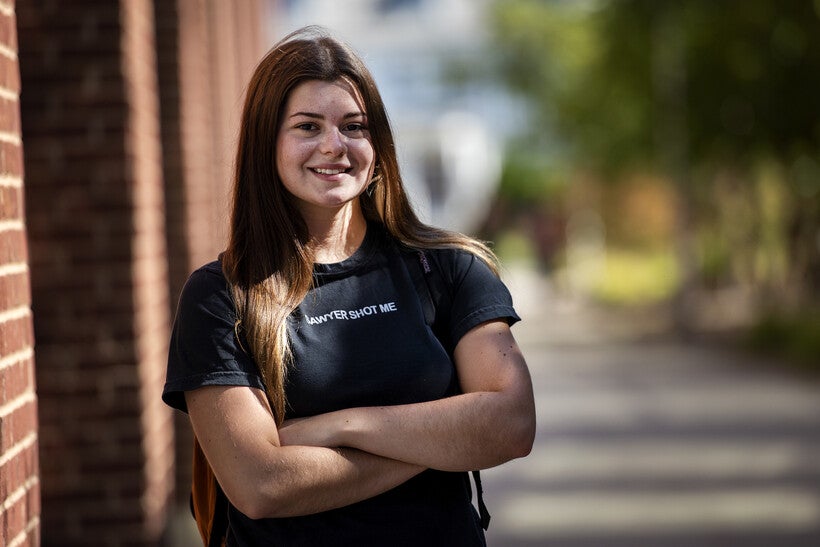 At the time, little was known about the virus that causes COVID-19. Green said she was a "little stressed" as she stood shoulder-to-shoulder with other international travelers waiting for planes back to the United States.

Still, those three weeks in Chile were important for Green. The criminal justice and Spanish double major said her second language skills improved considerably in that short time.

Green is now a senior and planning for a second chance to study abroad in January during a two-week trip to Guatemala focusing on social and environmental justice.

On Sept. 13, the U.S. State Department issued a "do not travel" advisory for the Central American country due to COVID-19. But Green, who is vaccinated, said she prefers to be optimistic and assume rising global vaccination rates will improve the situation and keep the trip on track. She recommends other students thinking about studying abroad "go for it."

"This might be your chance," said Green. "You just might be able to go and have that experience you've been dreaming of. And if you don't at least try and go for it, well, then you're not ever going to have that possibility."

The three-credit course, which includes a preparatory class, aims to teach students about the culture, geopolitical struggles and world wars that impacted the region.

When COVID-19 infection rates began declining in Central Europe during the spring and summer, Hsu said she and DeGrave worked quickly to book hotel rooms, tickets and spots on tours.

"And then also for safety, we kept checking the regulations for each location," said Hsu, "because especially during the time like June, July, things were changing so fast."

DeGrave said while the trip was shorter and had fewer students than in past years, it was a success. Two weeks after the group returned, he said infection rates rose again and the European Union banned non-essential travel from countries like the U.S.

UW-Eau Claire senior Emma Knudson is another student hoping for a second chance at studying abroad before graduating next year. She had already bought plane tickets for the central European seminar during the summer of 2020 when it was canceled. In the coming spring, she's hoping to spend two weeks in Belize learning about ecology and spending time living with a Mayan family. The State Department has also issued a "do not travel" travel advisory for Belize due to COVID-19 transmission.

"I think the main thing that really concerns me and it kind of stems from my prior study abroad, is that you don't know if you're going to go," said Knudson. "So, like, you kind of have to plan as if you're going. So it's really hard." 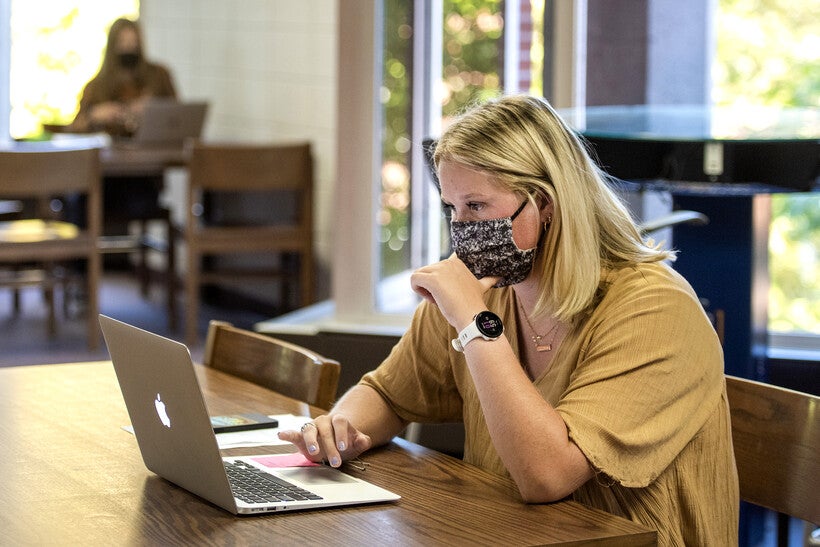 Colleges have historically looked to travel advisories from the State Department to gauge whether it's safe to send students abroad. A "level 4" travel advisory typically warns of things like terrorism, crime or natural disasters.

"And so, it was resulting in things like Denmark being at the highest travel rating and Myanmar being at a lower travel rating, which was confusing," said White.

NAFSA and other study abroad advocacy groups met with federal officials and were able to get a clarification in the State Department travel advisories about whether the risks were due to COVID-19 or other factors. State Department officials also encouraged universities to look beyond its travel advisories when determining potential risks for students, which White said was an important moment.

"It means you have to look at more sources, which can be complex for a smaller office," said White. "But I think it allowed institutions to perhaps have a little bit more leeway in how they're looking at that."

While study abroad isn't the largest source of revenue for college campuses, national surveys by NAFSA suggest the sudden cancellation of most programs in 2020 caused an estimated $1.5 billion in lost revenues and added costs for universities and students.

In pre-pandemic years, more than 200 students at UW-Stout would participate in some form of study abroad program, according to Scott Pierson, the Office of International Education director. This fall, there are four students in foreign countries.

"And that was a breakthrough, a milestone for us to say, 'Well, we're finally back at it,'" Pierson said.

UW-Stout junior Melissa Neumair is currently studying at Howest University in the Belgian city of Kortrijk with the help of a scholarship from the County of Flanders' government. Neumair originally planned to spend a semester in Sweden in 2020 but the trip was canceled. She said getting approvals to study in Belgium this year was no easy feat.

"Definitely the thing that took the longest was like the doctor stuff because you needed to go through a certain test and get it notarized and that notarization needed to get approved by the government," said Neumair. "And it was a whole debacle."

She said she hopes that her experience will help inform other UW-Stout students making future study abroad plans and said it was all worth it.

"I've definitely opened my eyes and I've become more confident of myself and just being able to be in a different country and further my skill set, I'm already happy with my choices," said Neumair. 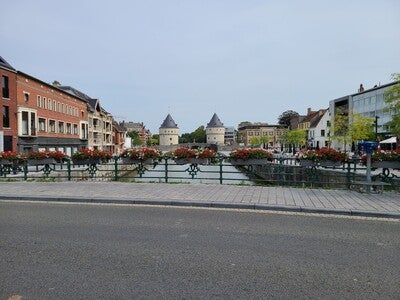 The Broel Towers in the Belgian city of Kortrijk. Photo courtesy of Melissa Neumair

According to the Office of International Education, 120 students have already applied for study abroad programs at UW-Stout for next year.

Though COVID-19 vaccinations aren't currently required for students studying abroad at UW-Eau Claire or UW-Stout, those who spoke with WPR have already gotten their shots.

Some companies that organize and run study abroad programs for universities are planning to require vaccinations. Scott Tayloe, the chief strategy officer for CIS Abroad, said the company, which works with some UW System campuses, will require proof of vaccination in January.

"We are starting to see that trend as an industry, just realizing our impact on local environments and cultures and people, and just realizing that for us, it's really important that we prepare our students to enter into that location and have that vaccination," said Tayloe.

Even if they're vaccinated, Tayloe said, some students are still running into surprise restrictions and regulations, like testing requirements, when traveling abroad. While the scale of the changes brought by the pandemic is unlike anything the study abroad industry has seen, Tayloe said the need to stay on top of local regulations and restrictions is nothing new.

"We tell students, if you're going to study abroad, be open to change, be flexible," said Tayloe. "And as professionals, we have to do the same thing."