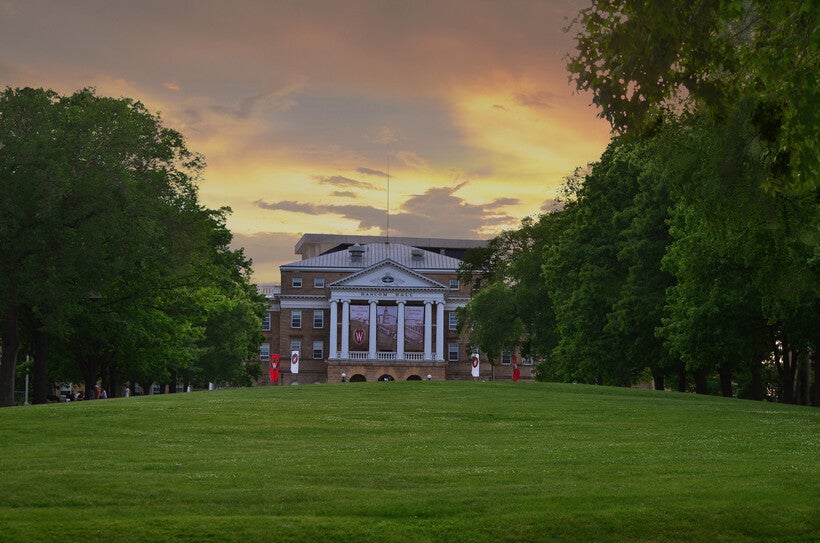 Bascom Hall on the UW-Madison campus in Madison, Wis. Richard Hurd (CC BY)

UW System Could Lose Nearly $1B In Federal Funding By Not Complying With Federal Guidelines That State Is Suing To Block
By Rich Kremer
Share:

The University of Wisconsin Board of Regents has approved a set of emergency rules aimed at complying with new, federal regulations for investigating campus sexual assault and harassment, even as Wisconsin is suing to block the federal action.

If implemented by Aug. 14, the emergency rules will keep UW campuses in compliance with the regulations, and avoid the loss of nearly $1 billion in federal revenues.

The new Title IX rules narrowed the definition of what constitutes sexual harassment to "unwelcome conduct" that is "so severe, pervasive and objectively offensive that it effectively denies a person equal access to education."

The changes also barred universities from using a "single-investigator model," which is currently used by the UW System, and requires colleges to hold live hearings and allow cross-examination of accusers and defendants.

When the new guidelines were rolled out, DeVos said they were aimed at restoring due process in sexual harassment and assault investigations.

During the Wednesday Board of Regents meeting, UW System Director of Compliance and Integrity Katie Ignatowski told members that while the new Title IX guidelines limit the scope of sexual misconduct that triggers an investigation, the system plans to continue to address the "broad scope" of complaints it currently does using student codes of conduct.

Ignatowski also told regents that currently some sexual harassment complaints are resolved informally through mediation. She said the new requirement for live hearings will "significantly increase" the scope of cases that result in such hearings.

While regents passed the UW System emergency rules unanimously on Wednesday, some members voiced frustration with the nature of the Title IX changes and the federal government not giving universities more time to comply.

"The idea that this could not be put off until we had our feet under us and our wheels under us this fall with our campuses reopening," said Regent Karen Walsh. "That should have been the priority that the federal government wished to see us make and not rush a decision in such a crucial area."

Regent Tracey Klein agreed that it’s "not an ideal time to have to implement these regulations, given the fact that we’re dealing with the COVID crisis."

"And I share the concern ... that many have expressed that these new regulations may discourage victims of sexual assault or discrimination from coming forward, and they might make investigations more difficult," Klein said.

In June, Wisconsin joined 17 other states in filing a legal challenge aimed at blocking DeVos’s Title IX changes, alleging that the new rules would mean less protection for victims of sexual assault and harassment.

During Wednesday’s meeting, regents also asked UW System General Counsel Quinn Williams what would happen if the board approved the compliance measures only to see the federal changes struck down in court. Quinn told the board the UW could stop the publication of the emergency rules if a decision came down prior to Aug. 14.

The UW System emergency Title IX rule changes must be approved by Gov.Tony Evers before they can go into effect. A spokeswoman for the governor did not respond to an email asking if he supported them, though Evers did approve scoping statements that outlined the changes sought by the UW.