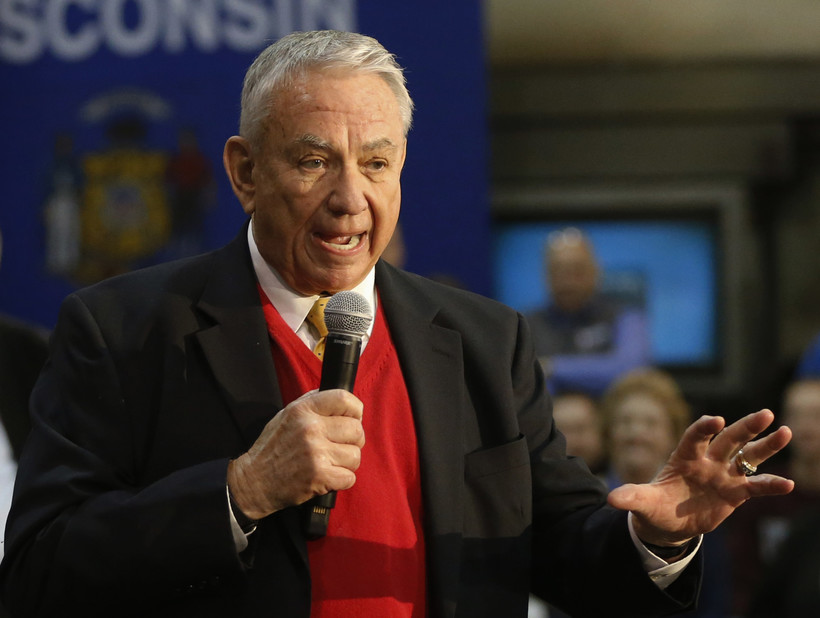 University of Wisconsin System President Tommy Thompson is striking a defiant tone in his quest to rebuild trust between Republican state lawmakers and state universities. He says the UW System is being micromanaged and "kept down" by the Wisconsin state Legislature.

Since beginning his interim-term as UW System President, Thompson has become increasingly vocal about what he sees as a bruised relationship between the UW System and the Republican controlled state Assembly and state Senate. During a UW Board of Regents meeting, Thompson told the Regents lawmakers have been micromanaging the state's 13 universities and their branch campuses.

"They don't trust us," Thompson said. "They don't trust the university and therefore they feel it's their responsibility to keep us down. And, we have, as a system, been apologizing and I don't want to apologize anymore."

Thompson's first budget as interim-UW System President includes a free tuition program for students from low income families, and an expansion of a student loan forgiveness program for graduates entering into teaching professions. To do this, Thompson seeks an additional $95.7 million in state funding, which works out to a 3.5 percent increase, and legislative approval for a UW System line of credit.

During a Q&A with the Milwaukee Press Club on Friday, Thompson said not having the ability to borrow without legislative approval is unique to the UW System.

"Vocational schools have it," said Thompson. "Every university in the country have it. The University of Wisconsin is the only school that can't get a line of credit."

The proposal for a line of credit is not a new idea. Former UW System President Ray Cross sought the same borrowing authority in June when he sent a letter to Gov. Tony Evers requesting a special session to help the UW System weather the COVID-19 crisis that caused more than $200 million in revenue losses for the state's colleges. Republican legislative leaders were cool to the idea of potentially having tuition or state funding back the line of credit.

Thompson said he wants to invite lawmakers to visit campuses more often to show them how research and educational programs benefit the state and local economies, as a way to repair the relationship between the UW System and Legislature. That too isn't a new idea. Since September, UW Board of Regents President Drew Petersen has promoted the UW System's "All in Wisconsin" campaign highlighting the connection between campus and economy.

Thompson said he would also like to work with lawmakers to find creative ways to monetize assets held by the UW System. Thompson told the Press Club possibilities included letting businesses develop on property owned by UW-Superior and even selling residence halls across the state.