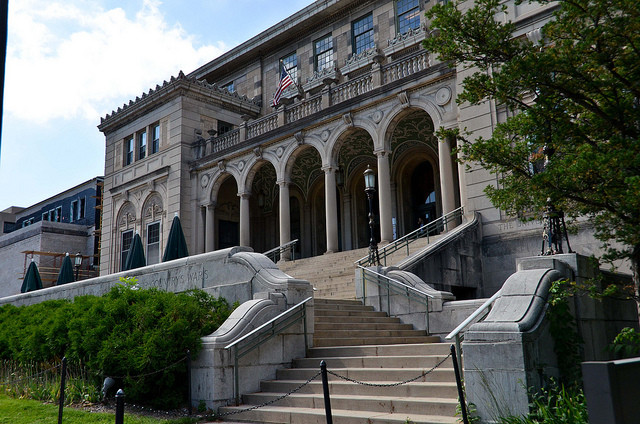 Study In Response To Deadly Protests In Charlottesville, Virginia
By Marylee Williams
Share:

The University of Wisconsin-Madison is addressing the campus’s history with the Ku Klux Klan.

Last fall after the deadly protests in Charlottesville, Virginia, UW-Madison commissioned a study on the history of two student organizations with the name "Ku Klux Klan."

The study found that of the two groups, one was affiliated with the Knights of the Ku Klux Klan.

According to the study, "In the fall of 1922, the Knights began recruiting on the UW campus, finding some success among the faculty and student body ... The UW's administration took no action against the group."

As a result of those efforts, in 1924, an on-campus fraternity known as Kappa Beta Lambda, or KBL which stood for "Klansmen Be Loyal" formed. Two years later, in 1926, KBL disbanded following the "downward course of the local and national Knights," the study reads.

The other student group the study looked into appeared four years earlier in 1919.

The study reports that:

"There is no evidence that this group was ever affiliated with the Knights of the Ku Klux Klan, nor do we know what these 1919 founders knew or thought about the organization that (William Joseph) Simmons founded in 1915. Still, its choice of a name signals an identification—or at the very least, no meaningful discomfort—with the widely known violent actions of the Reconstruction-era Klan as it was remembered, celebrated, and given new cultural and institutional life in the early twentieth century."

Shortly after KBL emerged on campus, the first group at UW-Madison changed its name to "Tumas," so as not to be confused with the national white supremacist movement. Two well-known members, actor Fredric March and former Memorial Union Director Porter Butts, are currently commemorated on campus in the Memorial Union.

While the study reveals connections to white supremacy, it does not call for changing the names of the Fredric March Play Circle and Porter Butts Art Gallery.

"Our advice is that the university focus first on the broader, deeper lessons and legacies of the era of the Ku Klux Klan, and that we seize this moment to confront the legacies of the ‘culture of intolerance’ in campus life today," the study reads.

UW-Madison will launch a public history project and fund four faculty positions in ethnic studies divisions, along with other efforts to create a more inclusive campus culture.

The campus history project will recover the voices of people who faced intolerance during the 1920s and beyond, said UW-Madison history professor Stephen Kantrowitz, who co-chaired the study.

"Our research found that the campus culture at that time was a pervasive one of racial and religious bigotry," Kantrowitz said. "In which blacks, Jews, and other routinely experienced exclusion and indignity in ways that went unchallenged by the institution and it’s leaders."

Kantrowitz said these organizations weren’t the cause of intolerance, instead it was a symptom.

UW-Madison Chancellor Rebecca Blank didn’t have an exact amount, but said the university could commit up to $1 million on the public history project. The faculty positions will cost more than $360,000.