Over the years, Sanjay Limaye said the discovery of certain gasses — ammonia, methane and most recently, phosphine — in the planet Venus' atmosphere has caught scientists by surprise.

Those are among several gasses that can be produced by life, as well as through other means.

But given what the astronomy community knows about Venus' atmosphere — it's thick, toxic and full of carbon dioxide, according to NASA — there's no way those other gasses show signs of life, right?

Limaye, a scientist with the University of Wisconsin–Madison Space Science and Engineering Center, said there are times when a crowd of researchers say something can't be true. That pushes others further on the road of discovery. 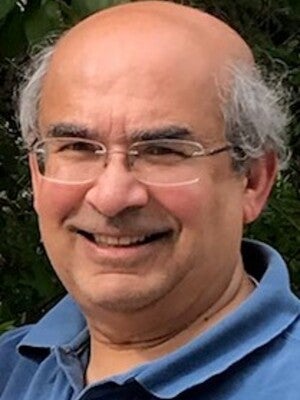 "Science works in strange ways," he said recently on WPR's "The Morning Show." "With Venus, there are just too many questions. The trouble is that Venus is hiding all its secrets in plain sight."

Limaye said he wants answers to those secrets. He's part of a team of researchers who in October published their case for exploring the question: Could there be life within the clouds on Venus?

Their article in the journal Astrobiology says they want to:

In the 19th century, Limaye said scientists wondered about water being on the surface of Venus. The second-closest planet to the sun is roughly the same size as Earth, and the two have about the same mass.

Popular culture, such as books and movies, later jumped onto the idea that Venus could be filled with creatures and trees, he said.

But famed astronomer Carl Sagan was one of the first to look into how hot the planet's surface actually was — about 900 degrees Fahrenheit, which is hot enough to melt lead.

Then, they looked to the clouds. Scientists were stumped over what in the atmosphere could be absorbing ultraviolet light.

"And so, a few years ago, myself and a few colleagues just wondered if (that) could be due to some microorganisms in the clouds of Venus," Limaye said.

In an interview with UW-Madison's communications office, Limaye said some models show water could have existed on Venus for 1 billion to 3 billion years.

"When life began on Earth, the conditions on Venus were likely similar," he said.

Looking forward, a privately funded team led by the Massachusetts Institute of Technology is aiming to find the answers to questions that Limaye and others have asked.

The first launch from the Venus Life Finder Mission is slated for May 2023, according to a story from the magazine Astronomy. There are three flights planned as part of this venture. The first will use a laser to study organic molecules during its descent through the atmosphere.

The other two flights both involve balloons. The second of three flights will see its balloon gather samples through the atmosphere for a week or two. The third and final flight involves another balloon, but this one will have a rocket and hopes of returning to Earth with samples.

Limaye called the plans "exciting." Publicly funded groups, such as NASA, must take a more cautious and measured approach because they answer to Congress and the public, he said.

NASA and the European Space Agency have trips to Venus planned for the end of the 2020s, according to the Astronomy report.

"It is great to see some private companies putting their money toward looking for life on Venus," he said.

On his wishes for the missions: "I hope they succeed."