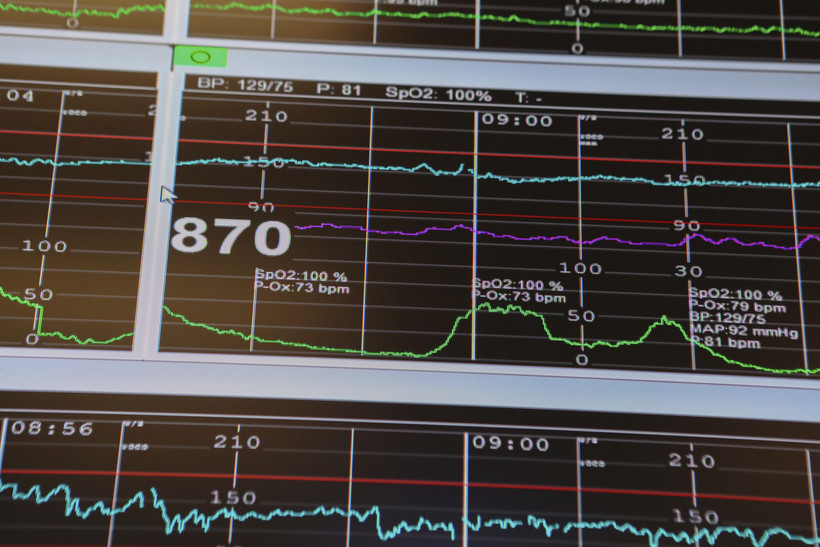 This Aug. 7, 2018 photo shows the screen of a fetal monitor at a hospital in Chicago. According to a study released on Wednesday, Aug. 8, 2018, first-time mothers at low risk of complications were less likely to need a cesarean delivery if labor was induced at 39 weeks instead of waiting for it to start on its own. Their babies fared better, too. Teresa Crawford/AP Photo

Tiffany Green, an assistant professor in the departments of Population Health Sciences and Obstetrics and Gynecology, specializes in racial disparities within reproductive health.

Green commented on a Milwaukee Journal Sentinel story published on Jan. 26 about a yearslong investigation that found prenatal care coordination companies were billing Medicaid far more per client than public agencies were. These companies are meant to help pregnant people get the support and services they need, such as with health care, community groups or information on good eating habits, according to the state's health department.

There has been a rapid increase in new private companies, benefiting from Medicaid payments and enriching new owners.

Some business owners also gave away cash and baby supplies in order to recruit new patients, which state regulators and lawyers told the newspaper were legally questionable.

Authorities in November suspended Medicaid payments to four of the largest companies in the state and are considering criminal charges — though none had been filed when the story published late last month.

"My understanding was that these companies were accessing pregnant people and promising services that were never delivered. And I think that’s really pretty problematic and pretty disturbing that that would happen," Green said recently on WPR’s "The Morning Show."

"I think it’s really atrocious and really horrific that the company would take advantage of some of the most vulnerable pregnant people in our state," she continued.

Green also discussed what care should look like and a new program she’s part of hoping to fix some systemic problems and racial disparities that exist in this field.

For example, in Wisconsin, according to state and federal agencies:

This story was edited for brevity and clarity.

Kate Archer Kent: What does good prenatal care look like?

Tiffany Green: That's a really hard question. First of all, there are certain baseline standards: Is the doctor board certified? Are you having care at a reputable facility? But beyond that, you need someone who is going to listen to your concerns. It doesn't matter how many board certifications or accolades a doctor, a nurse midwife or another prenatal care provider might have. If they're not listening to you and your concerns, they're not the right provider for you. 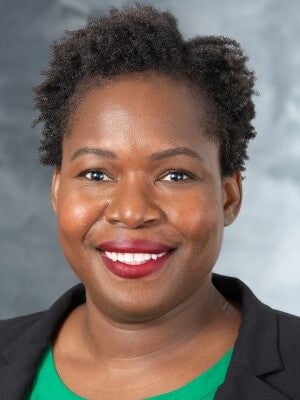 KAK: We’ve heard listening is a big issue, with bias happening in health care. How big of an issue is this in obstetrics?

TG: It’s hard to say. I think we’ve had a lot of legislation and other attention placed to implicit bias in health care. But the reality is we don't fully know what the contribution of implicit bias is to obstetric outcomes. What we do know is that there are so very clear examples of racial stereotyping in obstetrics care.

READ MORE: 'There are many inequalities that we need to focus on': Wisconsin health officials call attention to Black birth disparities

For example, the VBAC calculator, the Vaginal Birth After C-section calculator, embedded race and ethnicity into the calculator and basically downgraded Black and/or Hispanic birthing people from having a successful vaginal birth after a first C-section. And thankfully, the Society for Maternal and Fetal Medicine has removed that from the VBAC calculator. So, it'll be interesting to see how things change once this is implemented more widely.

TG: It’s really important to think about not individuals, but systems. I will admit my bias is to think about things in terms of systems rather than individuals. The reality is doctors, and even nurse midwives, they're constrained by systems that say you need to see as many patients as possible to maximize profits. That means they don't have as much time to spend with patients. There are other models of prenatal care, like group prenatal care that have pregnant people come together to provide support for each other (and) to learn from each other. But that's not an option that is always right for all pregnant people. It certainly wasn't for me.

So, I think we should not necessarily expect OB-GYNs, family medicine practitioners, nurse midwives, we shouldn't expect them to do everything and all things. But we should strive to have a more integrated system of care so that people can get the care that they need from birth until the end of the life course.

KAK: Help me understand this. Integration has to happen in health care itself because OB-GYNs need to work with midwives and nurse practitioners as there are different modes of care for this pregnancy?

TG: Absolutely. The other thing people need to understand is that you don't necessarily deliver with the obstetrician or nurse midwives that you see during your pregnancy. I was very fortunate that I delivered with the same doctor that I had prenatal care with. But that's certainly not the case for everyone. And although a lot of practices will have you see different OB-GYNs or nurse midwives so that you can be familiar with everyone, I think the system of care is such that it's hard to maybe deliver with someone that you may not have even seen before you deliver. That's really problematic.

I think that other specialties like family medicine often have a situation where you can follow someone throughout the pregnancy, but that's not always the case, either. So, I think it's really important for people to understand that our system of care is really disjointed, and it will take a really active effort from all of us to make sure that that care is integrated. It's not just reproductive health care, it's all kinds of care like cancer care (or) regular primary care. If we go to different facilities, the medical records don't automatically transfer. These are really important things to think about when we're talking about not just the integration of reproductive health care, but all of our health care.

KAK: You’re part of a pilot program called ConnectRx. Can you give us a sense of what this program is about?

TG: Pregnant people are often at-risk for being unhoused or having food insecurity, etc. What this pilot program is going to do is integrate the social determinants of health with medical care. So, for example, if Black pregnant people come and they're screened, they might find that they are at-risk for things like food insecurity or not having support. This program is going to connect them with a community health worker who will support them as they connect to different community agencies that will help support them — for example, doula care or housing related care.

I’m a little bit biased, but I think it's an incredibly innovative program that has had agreement and support from a number of health systems. And I think this could really set the standard for how we integrate the social determinants of health with clinical care.