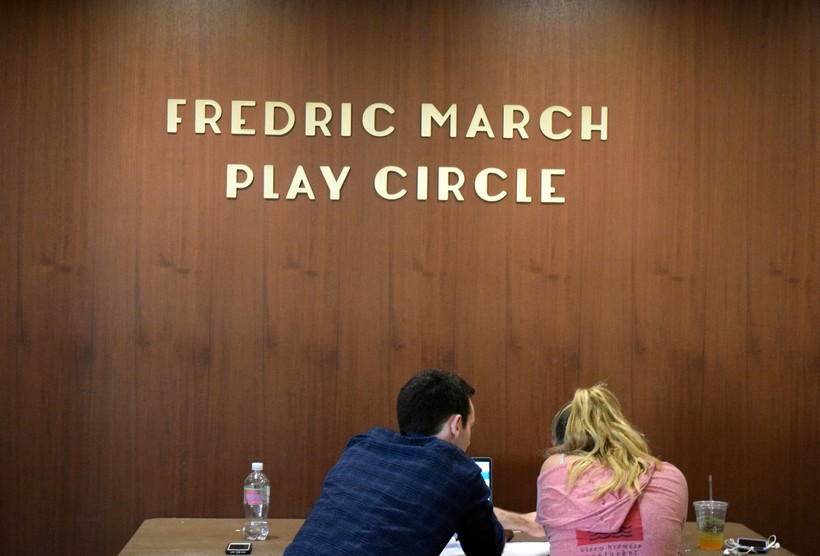 The Memorial Union at the University of Wisconsin Madison will cover up the names of two rooms commemorating members of an organization affiliated with the Ku Klux Klan.

This decision comes almost a month after the University of Wisconsin-Madison released a study examining the history of the white supremacist group on campus and detailing the history of two on-campus organizations in the early 1900s with the name, Ku Klux Klan.

Two student leaders Fredric March and Porter Butts were part of one group that was not officially affiliated with the national white supremacist organization. The two are commemorated in the Memorial Union.

This coming fall, the Union Council will cover up and change the names of the Fredric March Play Circle and the Porter Butts Gallery to just the "Play Circle" and "The Gallery."

"Especially for a university that tries to be all-inclusive that wants everyone to feel safe. You don’t want anything associated with an organization that might make you feel uncomfortable. Especially since this is a union where everyone, graduate and undergraduate, comes," Borzick said.

Arame Doip, an international studies sophomore, echoed Borzick. She said this is a good first step, but there are more important issues on campus.

"We have seen incidents on campus where students have ... been victims of discrimination whether attacks or not," she said.

The Union Council will make a final decision about whether to remove the names by the end of 2018. Along with removing the names, the Union Council also requested funding for a social justice incubator.

Editor's Note: This story was updated at 3 p.m. Monday, May 7, with original reporting from WPR staff.