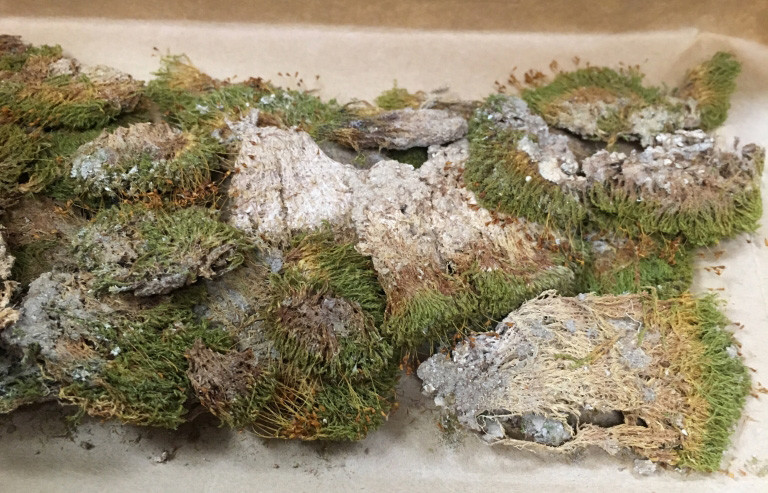 The mosses found in Birge Hall provide information on the state’s habitat during a time of increasing urbanization and industrialization.

UW Hopes To Make Most Of Rediscovered Mosses

A collection of more than 2,000 mosses has been discovered at a University of Wisconsin-Madison building known for its plant specimens.

The collection was  found inside a cabinet at Birge Hall, where the Wisconsin State Herbarium is housed.

Director Ken Cameron said the mosses were gathered in the 1920s by several people including retired Herbarium curator Lellan Cheney. Cheney, who served as served as curator 1891-1903, died in 1938. The 1,500 rediscovered mosses were collected in the 1920s across Wisconsin and Isle Royale. Photo courtesy of Eric Hamilton

The specimens are from throughout Wisconsin and Isle Royale in Lake Superior. Cameron said Cheney had the collection at his house, and how it got to campus is a bit of a mystery.

"When he died, the family probably gave the collection to the university, to the herbarium, and we stuffed them in a closet and they sat there," Cameron said. "The collection was discovered during renovation work last year, and looked through more fully this spring."

Cameron said an upcoming analysis of the environmentally sensitive mosses may help show how Wisconsin and Great Lakes ecosystems changed as the region became more industrialized and urbanized.

According to UW-Madison, the mosses will be added to the more than 1.3 million specimens of the herbarium collection that are available for researchers to study.