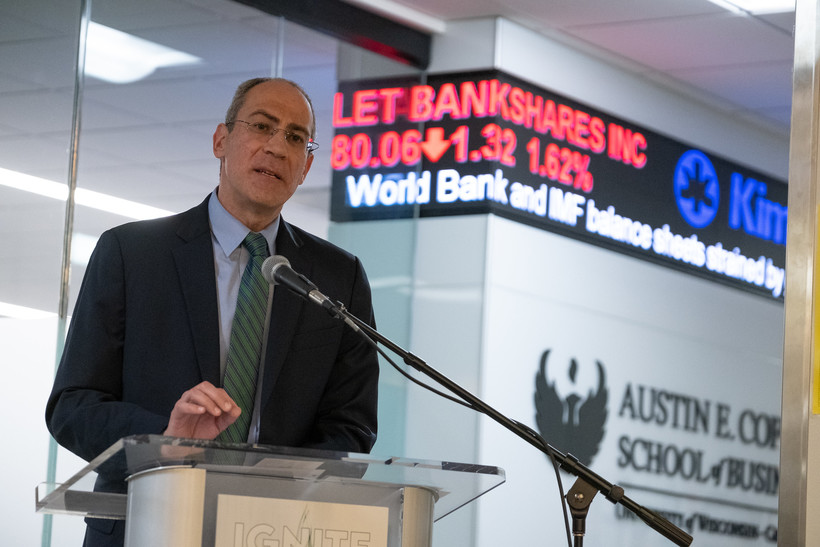 The University of Wisconsin-Green Bay is working to raise $20 million within the next two years to support student financial aid and academic programming. Chancellor Michael Alexander says the goal is to maintain rapid enrollment growth without waiting on additional state dollars.

While enrollment at most University of Wisconsin System campuses has declined in recent years, it's gone up by just more than 14 percent, or 1,218 students, at UW-Green Bay since 2018. That's the fastest growth of any state owned university.

Chancellor Michael Alexander said in an interview with Wisconsin Public Radio that sustaining and advancing that growth takes resources, and the university can't wait for additional state support from lawmakers.

"We are not going to wait for others to control our destiny for us," Alexander said. "We're going to take our destiny into our own hands."

The university's foundation has already raised $10 million over the past year as part of its "Ignite the Future" campaign. He said the goal is to double that by 2023.

The fundraising blitz will help pay for need-based financial aid, popular academic programs like electrical engineering and business, along with new initiatives such as the campus's First Nations Studies doctorate.

The campaign was publicly announced on May 2 during an event that highlighted a $5 million gift by Richard and Sharon Resch to create the Sharon J. Resch Institute of Music and a $1 million gift from CEO Larry Treankler of The Village Companies that will go toward the university's Green Bay Athletics and Electrical Engineering program.