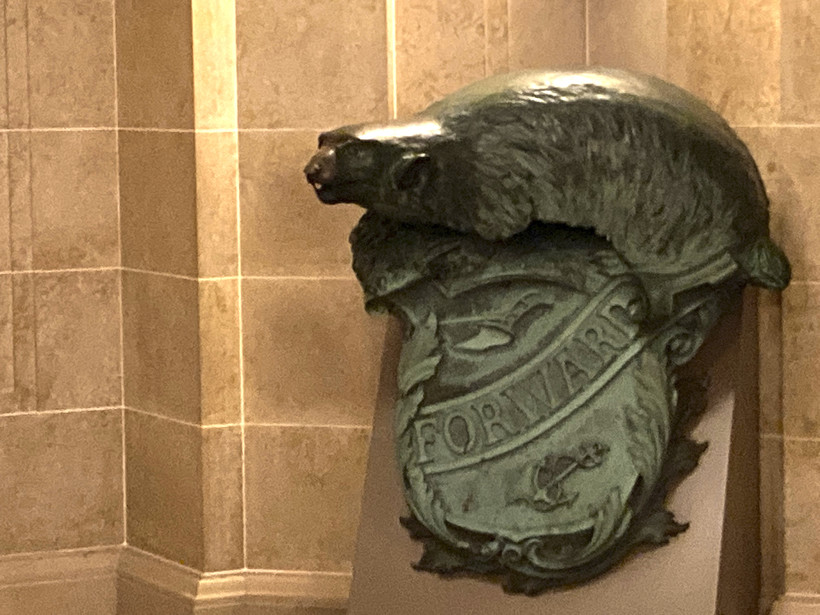 A Badger and Shield statue is seen outside the governor's Capitol office in Madison, Wis., Wednesday, Jan. 27, 2021. On loan for more than 30 years, the U.S. Naval Academy wants the state of Wisconsin to return the statue. The Navy wants to include it in an exhibit featuring the USS Wisconsin battleship in Norfolk, Va. State historians are fighting to keep the statue in the state for another two years. Todd Richmond/AP Photo

The Navy wants Wisconsin officials to return an iconic badger statue that has stood outside the governor's Capitol office for more than 30 years.

The statue was first affixed to the USS Wisconsin prior to World War I. It has sat outside the governor's office since 1989 and has become a high point of Capitol tours, with thousands rubbing its nose for good luck.

State officials said Navy officials contacted them in March 2020 and asked for the statue's return so it could be housed at a museum in Norfolk, Virginia, where the last USS Wisconsin battleship is berthed.

State officials have asked the Navy to extend the loan for another two years.