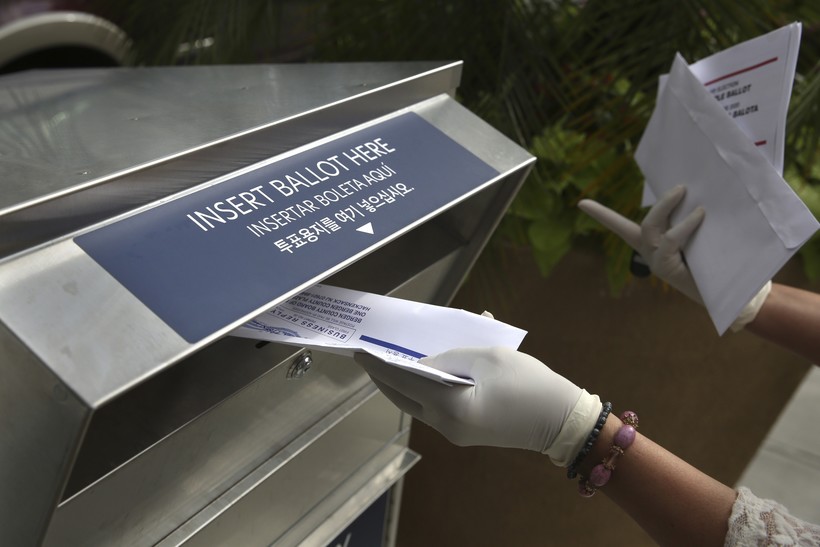 A US district court ruled Wednesday the requirement is illegal under the Voting Rights Act
By Leah Treidler
Updated:
Wednesday, August 31, 2022, 4:45pm
Share:

A federal judge is blocking the Wisconsin Elections Commission from enforcing a ruling that would have required voters living with disabilities to cast their ballots without assistance.

In his opinion issued Wednesday, U.S. District Judge James Peterson stated that the Voting Rights Act is clear in allowing voters with disabilities the right to receive help from a person of their choosing when casting a ballot.

"Voters shouldn't have to choose between exercising their federal rights and complying with state law," Peterson wrote. "But that is the position that plaintiffs find themselves in, and that is in part because defendants have refused to provide needed clarification. If defendants cannot or will not give plaintiffs assurances that their right to vote is protected, this court must do so."

Last month, Law Forward, a nonprofit law firm, filed a lawsuit on behalf of four voters living with disabilities against the WEC and its administrator, Meagan Wolfe. It alleged the ruling essentially revoked the plaintiffs' ability to vote. All four voters live with disabilities that make them physically incapable of voting in person and require them to have someone else send in their ballot.

The U.S. district court ruled prohibiting those voters from using assistance was illegal under the Voting Rights Act. It did not block the WEC from enforcing the Supreme Court decision on voters who don't need help delivering their ballots.

This injunction was a confirmation of the rights of voters with disabilities, said Scott Thompson, an attorney at Law Forward.

"For these people, the right to vote is something that they thought for their lives was protected for them," he said, "but the recent ruling by the state Supreme Court, coupled with comments and conduct from the Wisconsin Elections Commission, threw that all up in the air."

Thompson said federal protections for people with disabilities have been clear for decades. But the Supreme Court ruling last month left those voters unsure about how to cast their ballots. Today's decision has cleared up that confusion, he said.

"We're happy that going into the November election, voters with disabilities will have clarity, and frankly, some restoration of the dignity that I feel was taken away," he said.

The Wisconsin Institute for Law and Liberty, a conservative legal organization, filed a lawsuit last year that led to the Supreme Court decision that barred drop boxes and required voters to personally return absentee ballots.  WILL's suit argued that drop boxes weren't explicitly allowed by Wisconsin statute and that state law required voters to deliver their own ballots, both at a clerk's office and by mail.

"It's probably the right ruling. We don't disagree with it at all," said Luke Berg, Deputy Counsel for WILL, of the federal court decision.

But Berg said he was concerned about how it will be put into practice.

"The important question now becomes implementation," he said. "So if a person brings in someone else's ballot, how do clerks verify that the person who's voting is actually disabled and needs that assistance?"

Judge Peterson ordered the elections commission to write to all Wisconsin municipal clerks about the injunction by Sept. 9, Berg said, and he hopes the commission includes instructions on how to certify whether a voter needs help casting their ballot.

In a statement Wednesday, the WEC did not take a stance on the injunction. The commission will meet Tuesday at 6 p.m. to consider guidance based on the court's decision.