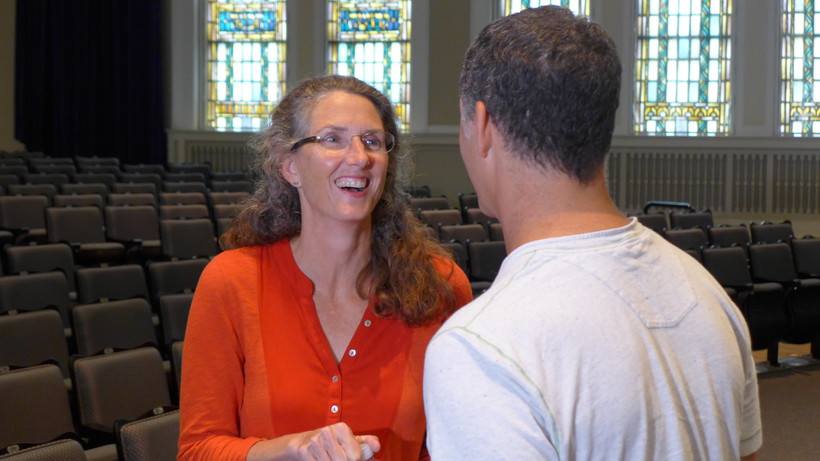 A University of Wisconsin-Milwaukee theater professor has been selected to receive a MacArthur Genius Grant for her groundbreaking work with older adults.

Anne Basting developed a program that uses images to prompt storytelling with seniors suffering from dementia and other cognitive disabilities.

Basting's nonprofit, TimeSlips, also offers in-person and online training programs to help people learn how to engage with aging adults through creative storytelling. She founded TimeSlips in 1998, and it became a nonprofit in 2013, according to its website.

Basting, 51, can use her Genius Grant toward any project she wants. She said she plans to scale up her award-winning program.

Throughout her 20 years of working with older people, the most fulfilling part has been seeing an expansion in the field of working with and engaging older adults by using memory.

"There wasn't this much in the field," Basting said. "And to feel as though I had a part in shaping it and to watch that field emerge and grow has been really fantastic."

The professor and 2016 MacArthur fellow said the five-year, $625,000 award offers flexibility to be creative.

"The beauty of this gift is that it's five years," Basting said. "And that it gives you time to evolve an idea and to grow, and it comes at a perfect time for me with TimeSlips and the work that we've been building."

Basting said most of her students want to work with children. But she feels she is showing them you can get the same enjoyment working with older, aging adults.

She hopes her work with older people can show there is beauty in aging.

Research suggests the program can increase and improve interactions between nursing home staff and residents.

Basting is one of 23 fellows selected by the MacArthur Foundation, one of the largest, independent foundations in the United States and has offices across the world. The foundation's goal is to support "creative people, effective institutions, and influential networks building a more just, verdant and peaceful world," according to its website.