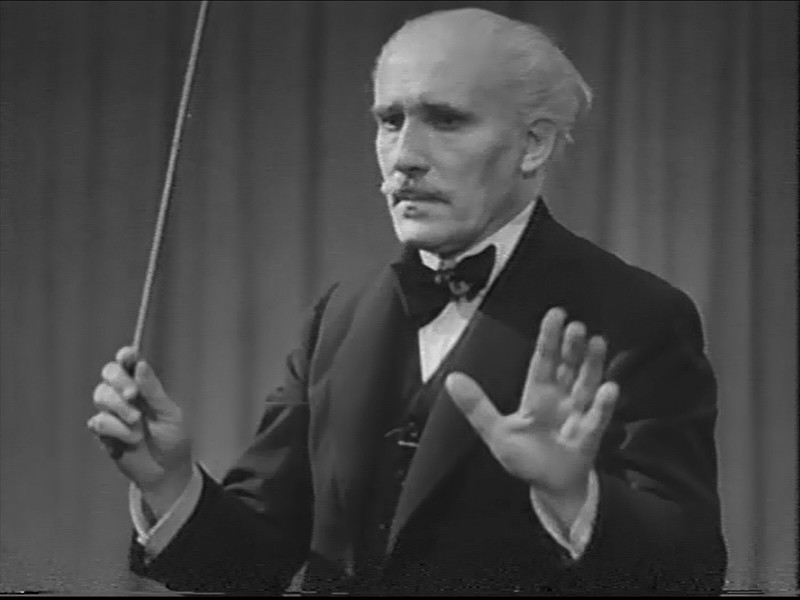 One of the greatest conducting careers in history began by accident. It came about when a 19-year-old cellist was called upon to lead a performance of Aida. The cellist was no ordinary musicisan though.  He performed every opera by memory. His name-- Arturo Toscanini.

In 1886 Toscanini was performing with an Italian orchestra touring South America and things were going badly. The conductor, a Brazilian, did not impress the Italians. He thought the Italians were out to get him. He quit and the assistant conductor, an Italian, replaced him.

On opening night, June 30th, the audience stubbornly refused to hear him. The ballet master came out and told them to quiet down while a substitute conductor could be found.

Someone tried to conduct but it didn't work. The audience grew more restless. It occurred to Toscanini that no performance meant no pay -- and no money for a ticket back to Italy. Then someone came up and pleaded, "Isn't there anyone in the orchestra who can conduct Aida?”

The second cellist pointed to Toscanini, and he ran onstage. He went to the podium, as he later recalled, "in a stunned state, as if I were drunk."

The next morning the Rio papers proclaimed his triumph. It was only the beginning. The conducting career of Arturo Toscanini would go on for another 68 years.