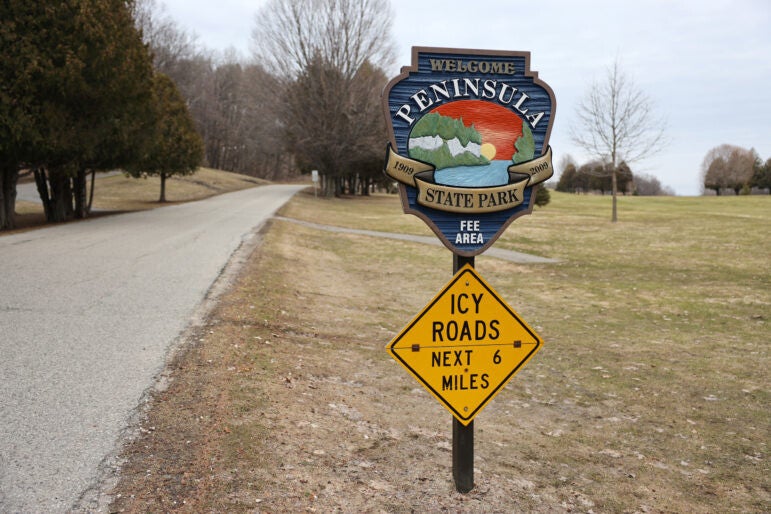 The entrance to Peninsula State Park in Ephraim, Wis., warns of icy conditions on March 31, 2020. State parks remain open during the pandemic, providing a place for people to be outside in Door County during the crisis. Coburn Dukehart/Wisconsin Watch

Unemployment In Wisconsin's Rural Counties Could Top 20 Percent Amid Pandemic

Tourism, Agriculture Could Be Among Wisconsin's Hardest-Hit Industries
By Elizabeth Dohms-Harter
Share:

Before the COVID-19 outbreak gained a foothold in Wisconsin, February unemployment numbers in rural Wisconsin were pretty high compared to the urban centers of Milwaukee and Madison. Those figures will likely be far worse as the pandemic has taken hold, according to an economics professor at the University of Wisconsin-Madison.

In February, Dane County was sitting at around 2.5 percent unemployment and suburban areas of Milwaukee County were around 3 percent, said Steve Deller, a professor at UW-Madison's Department of Agriculture and Applied Economics. In rural Wisconsin he said some counties recorded 8 percent unemployment in February, and some of that has to do with tourism being out of season.

Now, Deller predicts things are going to get much worse once March's unemployment records are revealed, particularly because of the impact of the pandemic on agriculture and tourism industries.

"When the March numbers come out, we're probably going to see those numbers go up by three times," Deller said. "It could be possible that we'll see one in five, one in four people declaring unemployment."

Deller, who's also a community development specialist in the Center for Community and Economic Development, explained that rural Wisconsin had just started to recover from the Great Recession when the trade wars dealt a hardy blow to the state's agricultural markets.

Less than a year later, in a season when cows are producing the most milk, dairy farmers are having to dump their product into manure pits or onto fields as demand wanes.

"It's not so much the farmers, it's the food processing, and in Wisconsin that's cheese," Deller said.

Many farmers are getting hit hard because their export markets have been shut down or their transportation networks have stopped moving. About 90 percent of Wisconsin dairy milk goes into cheese production, Deller said, but there are far fewer deliveries of milk and cheese to shuttered schools and restaurants.

"While the demand for dairy products through grocery stores is pretty strong, it's not enough to make up for the disruption in the other supply chains," he said.

COVID-19's impact on the state's tourism industry is still a bit of a mystery because the tourism recreation season hasn't quite begun.

"That's why there's still a lot of frustration on the part of trying to estimate the economic impact of this thing, because it's all going to hinge on how much longer this thing plays out," Deller said. "And that's anybody's guess."

The jury's still out though. Back in 2008 during the Great Recession, tourism was expected to take a beating but it didn't. That's because Wisconsin was considered a low-cost alternative for vacations that might otherwise have been spent in the pricier Twin Cities, Chicago or Milwaukee areas.

"There was actually a silver lining it that," he said.

While the solvency of these industries is still up in the air, there is some hope in the form of a federal stimulus package to help ease the transition back to normalcy.

Small Business Administration loans are an example of that, and serve to prop up businesses with fewer than 500 employees with cash grants, low-interest loans and payments for payroll.

For businesses in rural Wisconsin, most of whom employ fewer than 10 people, a business with 500 employees is a giant. Whether these businesses have the resources to tap into stimulus loans is a major issue, Deller said.

For one, in rural communities access to broadband is a challenge, and businesses would have to apply for these loans online. Although those without broadband were once able to go to their public libraries for access to the internet, that's no longer an option, unless there's a way to tap into the library's wireless internet from outside the building.

Agencies such as the Wisconsin Economic Development Corp. are trying to bridge the gap between small businesses and other networks that can help them. But that also means small-business owners are going to have to ask for help.

Deller said the federal stimulus package isn't going to be enough to make it so businesses feel no impact of the shutdown — that would take multitudes more than the $2.1 trillion currently being spent.

Deller said there are stringent regulations regarding how money to businesses can be spent; for example, using this stimulus money to pay off another loan means that loan would no longer be eligible for forgiveness.

"They were pretty targeted in that they wanted this to help workers, and in doing that it helps the businesses kind of transition through," he said.

How The Coronavirus Outbreak Could Hit Rural Economies 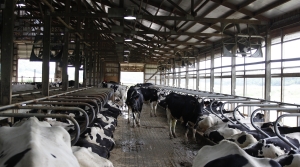 As the pandemic continues and businesses remain closed, economies could take a significant hit. Now, more people are raising the alarm that rural economies could get hit the hardest. We talk to an expert about how the outbreak could impact businesses in rural communities.