Winner Will Take On AFC Champs in Super Bowl LIV In Miami
By Megan Hart
Share:

When the Green Bay Packers traveled to Levi’s Stadium in Santa Clara, California, to play the San Francisco 49ers in November, it didn’t end well for them. Or start well for that matter.

The 49ers took a 23-point lead into halftime. The Packers got on the board with a touchdown and 2-point conversion in the third quarter, but they were no match for San Francisco, whose dominant defense tallied five sacks. The final score was 37-8.

But 49ers head coach Kyle Shanahan told reporters this week that his team won’t underestimate the Packers when they return to town for Sunday’s NFC Championship Game.

"There’s four teams left and that’s four very, very good teams, and it’s going to be a hard game for all of us," he said.

Green Bay has won six-straight games since that regular season loss against San Francisco, including last weekend’s divisional round playoff matchup against a tough Seattle Seahawks team. They haven’t all been pretty, Packers quarterback Aaron Rodgers said this week, but his team has found ways to win. Now, just one victory stands between Green Bay and a Super Bowl berth.

That’ll be a tough task Sunday.

The top-seeded 49ers are favored by 7.5 points. They convincingly beat their divisional-round opponent, the Minnesota Vikings, last weekend. They’ve had one of the strongest pass rushes in the league all season, and their defense held Vikings running back Dalvin Cook to just 18 yards Sunday. That came a week after he put up 94 yards on the New Orleans Saints in the wildcard game.

For the Packers to win, running back Aaron Jones will need to have more success against the 49ers’ defensive line than he did in November. He said this week that a combination of small errors and communication issues hurt the Packers when the teams faced off in the regular season.

This time, the pressure will be on the 49ers, Jones said.

"We’re the underdogs," Jones said. "We know what we need to do, so we’re just going to be worried about ourselves."

It’s A Homecoming For Davante Adams

One of Sunday’s key matchups will involve 49ers cornerback Richard Sherman and Packers wide receiver Davante Adams. Adams had a huge game Sunday against the Seahawks, with two touchdowns and 160 receiving yards.

Rodgers has talked this week about the connection he and Adams have forged since Adams was drafted by the Packers in 2014. After the Seahawks game, Rodgers said it reminded him of playing with former Packers wideout Jordy Nelson. Nelson and Rodgers were teammates for a decade. Nelson retired last season.

"There were some unspoken things we could do without even communicating anything about it, and Davante made three or four plays like that tonight, so that was pretty fun," Rodgers said after last week’s win. 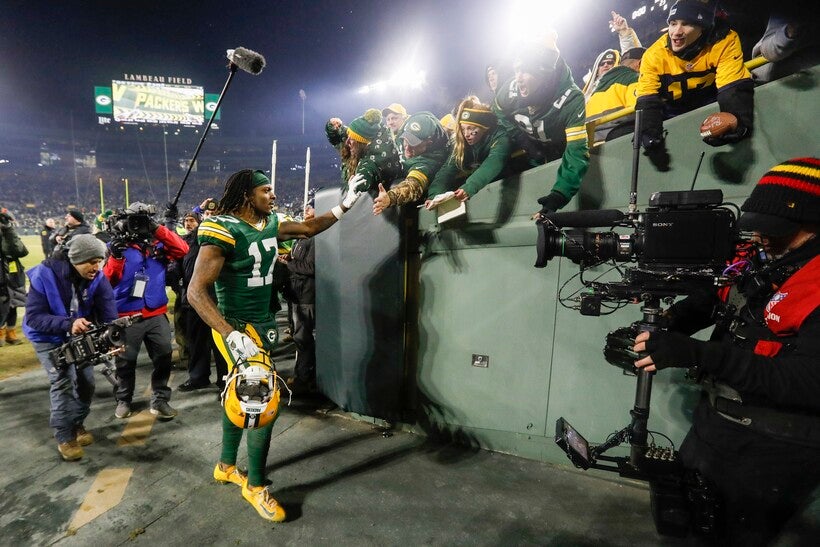 For Adams, the trip to Santa Clara holds added significance. He grew up in the San Francisco area, just down the road from where the 49ers now play. Coming out of Palo Alto High School, he was recruited by just two schools to play college football. The experience of being underestimated still fuels him, he told reporters this week.

Now playing in Wisconsin, he doesn’t see his family in California as often as he’d like, he said. But they’ll be out in full force for the NFC Championship. He has 18 tickets to the game, he said Wednesday.

"This is really a dream come true for me," Adams said.

It’s been a record-breaking rookie season for Packers head coach Matt LaFleur, who was hired a year ago to replace Mike McCarthy. LaFleur is the only first-year head coach in Packers history to take his team to the playoffs.

He’s got some deep connections to the coaching staff he’ll face Sunday. LaFleur’s brother is passing game coordinator for the 49ers.

"I haven’t really talked to him much at all and it’ll probably be that way for the remainder of the week," LaFleur said Wednesday. 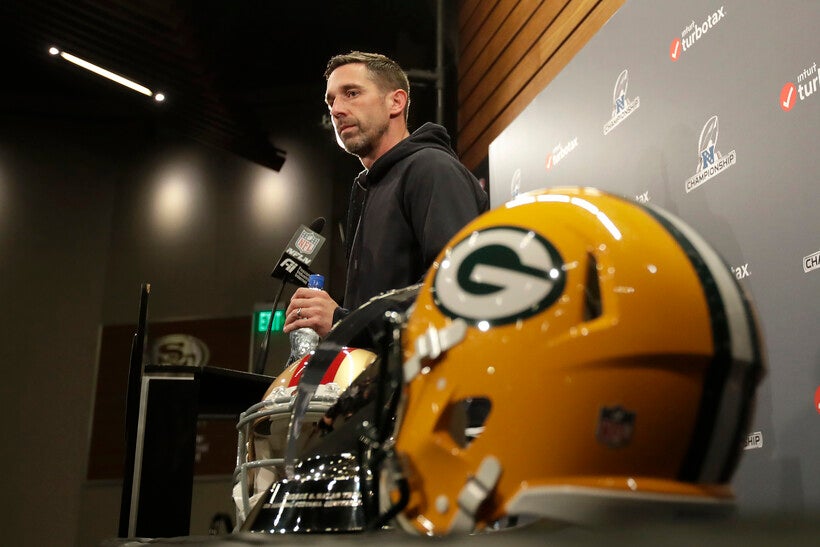 There’s not just the family tie. LaFleur and Shanahan are close friends. As they made their way up the coaching ranks, the pair worked together for eight years and three different NFL teams: Houston, Washington and Atlanta.

LaFleur said those connections haven’t affected his preparation. It’s important to learn from your mistakes, he said this week, but he thinks it’ll be a different game than when the Packers and 49ers played in November.

"That last game was a long time ago," he said. "I think both teams have come a long way since then."