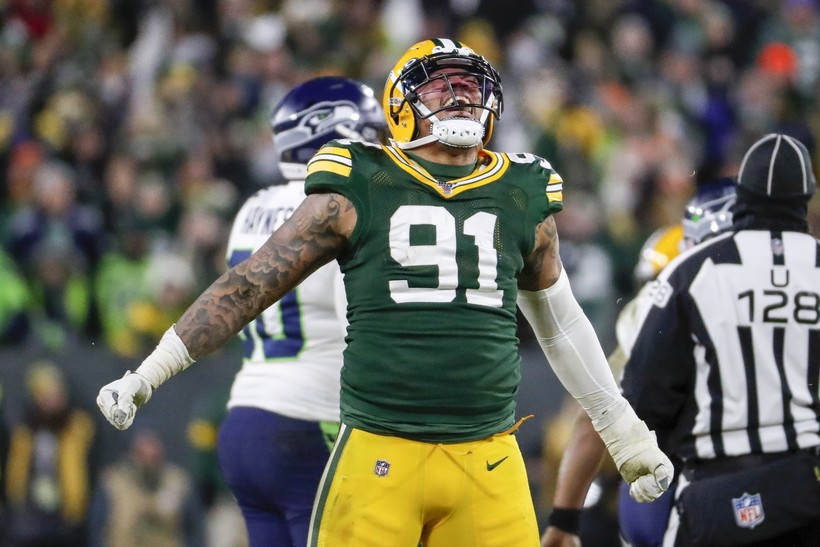 The Green Bay Packers will play next weekend for a Super Bowl berth.

The Packers beat the Seattle Seahawks 28-23 on Sunday in a divisional-round matchup at Lambeau Field. Green Bay got off to an early lead, but Seattle fought back in the second half, before falling short of the comeback.

It's the first time the Packers have won a playoff game since the 2016 season. Next, they’ll face the top-seeded San Francisco 49ers in the NFC Championship.

"We just stick together and battle," LaFleur said in the postgame press conference. "Like I said, it's not always pretty, but all that matters is you come out on top in the end."

Running back Aaron Jones opened the game with a 23-yard carry. The Packers finished their first drive with a 20-yard touchdown pass from quarterback Aaron Rodgers to wide receiver Davante Adams. Adams started fast and didn't slow down.

After missing four games with a turf toe injury earlier this season, Adams has had seven touchdown catches in his last seven games. He had 160 receiving yards in Sunday’s contest. After the game, Rodgers said Adams carried the offense.

"He had an unbelievable night," Rodgers said. 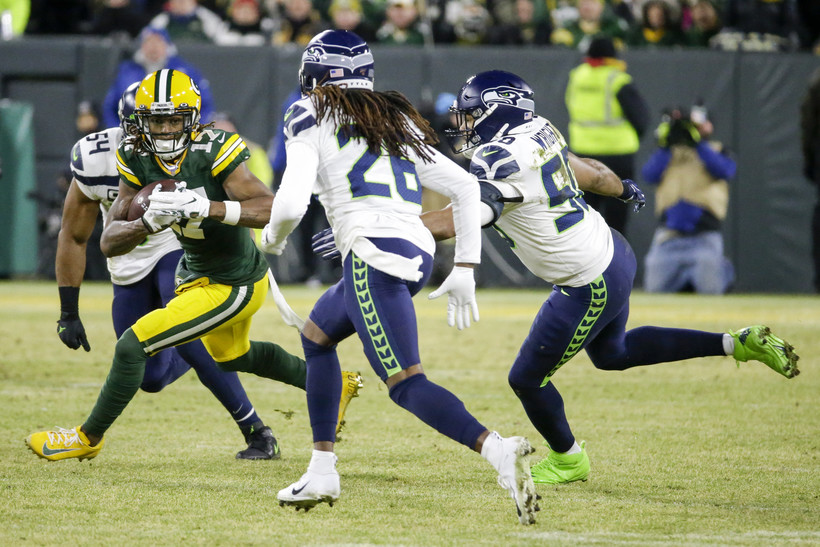 Green Bay Packers' Davante Adams runs after a catch during the first half of an NFL divisional playoff football game against the Seattle Seahawks Sunday, Jan. 12, 2020, in Green Bay. Mike Roemer/AP Photo

The Seahawks got on the board with a field goal late in the first quarter. But the Packers answered quickly, driving down the field with a couple long passes — 18 and 15 yards — to Adams. A defensive pass interference penalty took Green Bay inside the red zone. Jones had a rushing touchdown to put the Packers up 14-3.

The Seahawks missed a 50-yard field goal on their next position to give the Packers good field position. Green Bay capitalized, adding to its lead just before halftime with another rushing touchdown from Jones to cap off an 11-play, 60-yard drive. Jones has 22 touchdowns on the season.

But Russell Wilson and the Seahawks wouldn't go down easy. The second half started with a 10-play touchdown drive by Seattle, featuring a 22-yard run by Wilson, who made plays with his feet and his arm in the second half Sunday.

The Packers answered on the next drive, which featured a 27-yard pass to tight end Jimmy Graham and a 40-yard touchdown toss to Adams. Green Bay led 28-10 with just over 7 minutes remaining in the third quarter.

On Seattle's next drive, Wilson showed what he could do outside the pocket, finding receivers and scrambling for 26 yards. The Seahawks scored on a 5-yard touchdown pass to wide receiver Tyler Lockett, cutting Green Bay’s advantage again to 11. And they'd pull closer. 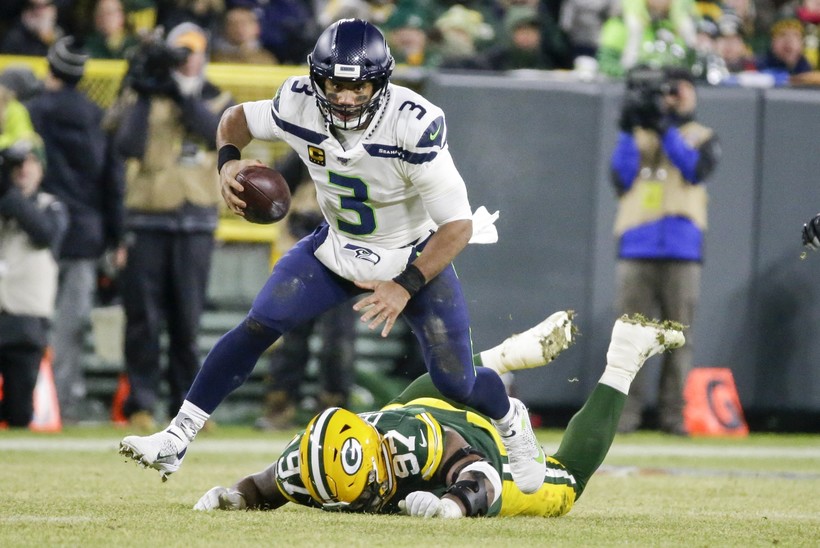 After Seattle's defense came up with a big stop, Wilson and the Seahawks drove down field again to score their third-straight touchdown in the second half. Packers cornerback Jaire Alexander sacked Wilson on the 2-point conversion attempt, keeping the score 28-23 in Green Bay’s favor.

Seattle had a big sack of its own on the next Green Bay possession. Shaquem Griffin got to Rodgers, forcing the Packers to punt and putting the game in Wilson's hands.

Despite struggling to stop Wilson in the second half, Green Bay's defense found a way when it needed it most, forcing Seattle to punt with just over two-and-a-half minutes left in the game.

The Packers had two huge third-down conversions on the next drive — they were 9 for 14 on third downs Sunday — to keep Wilson off the field and clinch the win for Green Bay.

The last time the Packers and Seahawks faced off in the playoffs was the 2014 NFC Championship in Seattle. Wilson led his team to a come-from-behind overtime win. But historically, the Seahawks have struggled at Lambeau Field. The team hadn't won in Green Bay since 1999. In fact, Wilson's last victory in the state of Wisconsin came back in college when he played for the Badgers.

In the AFC, the Tennessee Titans won convincingly Saturday over the top-seeded Baltimore Ravens. The Titans were led by running back Derrick Henry, who became the first player in NFL history to reach the 180-yard rushing mark in three consecutive games.

The Kansas City Chiefs put on an offensive show against the Houston Texans. The Texans got off to an early lead, capitalizing on a couple special teams mistakes, before quarterback Patrick Mahomes brought Kansas City roaring back. The Chiefs will host the Titans in the AFC Championship.