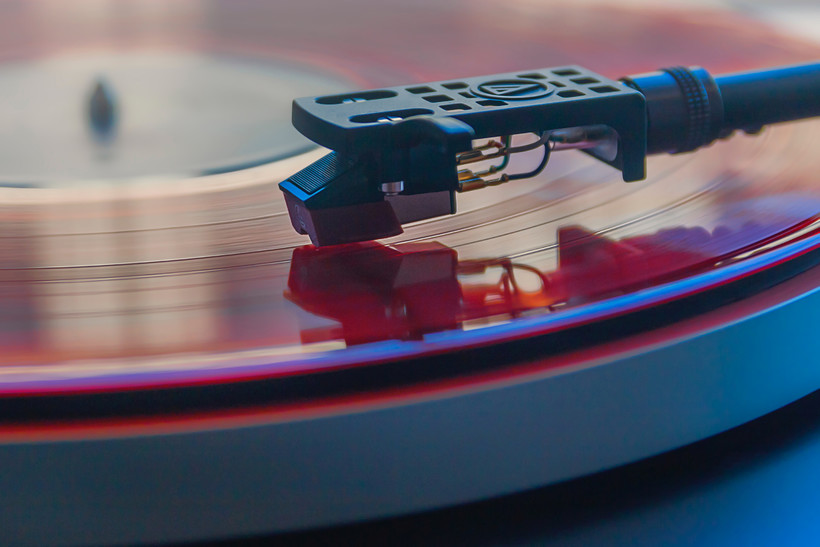 Uncovering The History Of Hidden Tracks

How Hidden Tracks Made The Move From Analog To Digital
By Doug Gordon
Share:

Ernie Smith is the editor of Tedium, which explores "the dull side of the Internet." And he's on a mission to take a deep dive toward the absolute end of the long tail. One of these said missions found him uncovering the history of hidden tracks on vinyl records and CDs.

Smith told WPR's "BETA" that "a hidden track is basically any piece of audio on a record that’s not listed on the track list. Sometimes, it can be something very short like a vignette. It can be an actual, out-and-out single that just they decided to add after the album’s record sleeve had been printed."

According to Smith, the very first hidden track is probably The Beatles’ "Her Majesty."

The 23-second song was written and performed by Paul McCartney and was originally going to be part of the medley that appears on side two of "Abbey Road." However, Smith explained there was no good place to fit it into the medley so McCartney told engineer John Kurlander to leave it off of the album. Kurlander followed McCartney’s instructions but later added it to the very end of the album, following a few seconds of silence.

"The Beatles always picked up on accidental things. It came as a nice little surprise there at the end and he didn't mind," Kurlander said in an interview.

The inclusion of "Her Majesty" on "Abbey Road" launched the hidden track micro-genre.

"It actually started a bit of a trend," Smith said. "It was probably more pronounced during the CD era but there were definitely examples of this during the vinyl era. One that really kind of stands out is Monty Python. They basically created an album called 'The Monty Python Matching Tie and Handkerchief.' It came out in 1973 and the trick of the record is that both sides of that record were listed as Side Two. One of the sides of the record actually had a double groove to it."

This double groove was the result of the record being mastered with two concentric grooves on side two so that different content would be played according to where the stylus was placed down on the surface of the record.

Python member Michael Palin told an interviewer that the Pythons "had these visions of stoned fans — of which there were a lot in the early '70s — having the shock of their lives when brand new material was playing on a record they had had for months. Some people thought there was an alternative version because they would hear talk of these mysterious sketches that they had never heard on their record. It drove people mad. This was precisely why we did it, of course." Fittingly enough, that record was cut at Abbey Road Studios.

While the phenomenon got its start in vinyl, Smith makes the case that CDs contain more interesting hidden tracks than vinyl records do.

"There was more to mess with. CDs being a digital format, they allowed you to do things like mess with the track numbers. You could emphasize silence a little bit more. Because compact discs, they held more stuff so you had more white space to work with," he said.

"And one of the things they messed with is called the pre-gap," Smith explained. "Basically ... if you take a CD with a pre-gap track on it, you can actually rewind it back beyond zero-zero-point-zero-zero and find a whole other song or two. A really good example of a band that used this really well is the band Ash. They were a '90s alternative rock band and on their first record, they actually included one of their early singles that was recorded before they did this album."

One of the most famous hidden tracks appears at end of Nirvana’s album, "Nevermind." It's called "Endless, Nameless." And it shows up 10 minutes after you think the album has ended.

As Smith explained, "Nirvana specifically designed it in such a way that it would sound like the end of the record hit, there would be 10 minutes of silence and then all of a sudden, the listener would get blasted with this loud, abrasive rock track. It became the high-water mark for hidden tracks. It was the one that really made the concept of hidden tracks something that a lot of bands did. Because it was such a popular album and because it was a relatively novel trick at the time they did it. I don’t think it was intended to be anything more than just the thing that Nirvana finished this album off with. It just happened to become much more of a cultural phenomenon because Nirvana as a whole became a cultural phenomenon.”

So why aren't we seeing so many hidden tracks these days? Are we just not looking hard enough?

"The hidden track has been replaced by the bonus track," Smith explained. "These days, when it comes to streaming, it’s harder to catch someone off guard with a piece of music. So I think that while the hidden track is less relevant than it once was."

Since this is a "BETA" story about hidden tracks, we thought it was only fitting to hide some hidden tracks at the end of the story. And these just aren't any hidden tracks. These are four hidden tracks that, according to Smith, transcended their "hidden" status.