Around 100 people attended a public hearing Tuesday on an air permit for Husky Energy as part of its $400 million plans to rebuild the Superior oil refinery. An explosion and series of fires last spring damaged the refinery’s equipment and storage tanks.

Husky, which does business as Superior Refining Company in Wisconsin, applied for the permit with the Wisconsin Department of Natural Resources earlier this year when it announced plans to rebuild the refinery and resume partial operations in 2020. The permit will cover repair and replacement of equipment damaged in the fires and explosion on April 26, 2018.

Labor representatives, business groups and Superior’s mayor asked the state to sign off on the permit for the rebuilding project. They pointed to the refinery’s history, community contributions and the economic impact from around 200 permanent jobs with a $27 million payroll in addition to hundreds of construction jobs that will be created during the rebuild.

"We string together these temporary construction jobs into one job for one person that supports one family," said Craig Fellman, president of JAMAR Company, a Duluth construction business. "From a jobs standpoint, the rebuild and getting Husky back into full operation is absolutely vital." 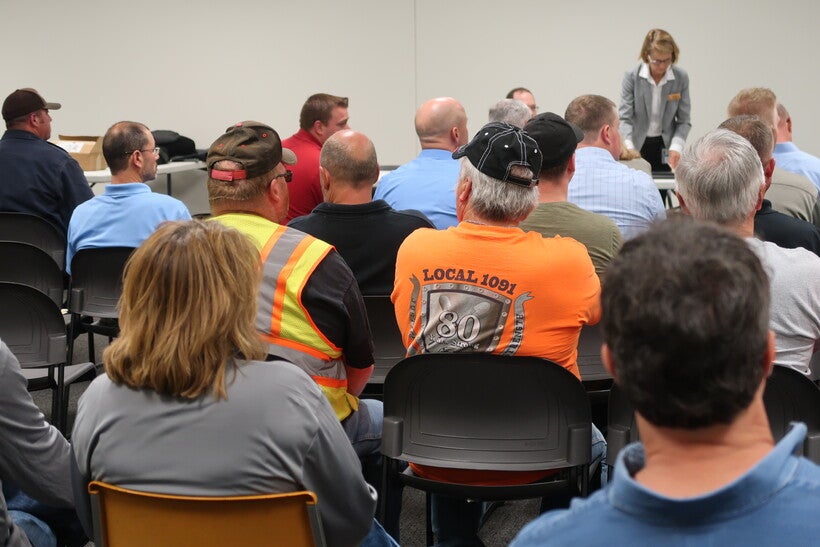 Labor and business groups along with residents of the Twin Ports community shared their thoughts on a permit for Husky to rebuild on Tuesday, August 27, 2019.
Danielle Kaeding/WPR

They also touted the rebuild as an opportunity for Husky to improve safety in its operations moving forward. Atticus Larson, Husky electrician and union member with the Local 420 Operating Engineers, said Husky’s No. 1 goal has been safety.

However, others voiced their distrust in the company and its ability to keep the community safe in the wake of last year’s explosion, including Korii Northrup, a member of the Fond du Lac Band of Lake Superior Chippewa.

"I’m really concerned about the future, and I don’t think that such a big risk should be taken with our lives," said Northrup. 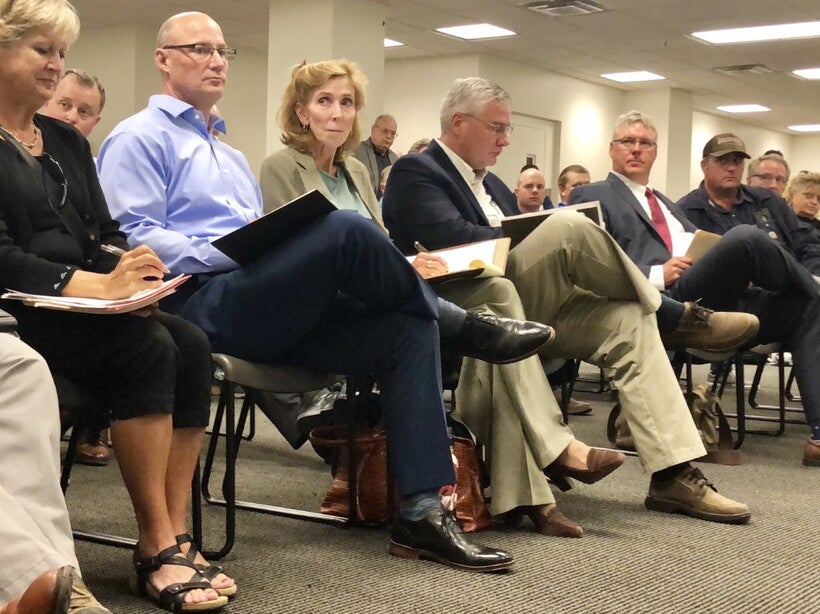 Representatives of Husky Energy take in public comments at a hearing on an air permit to rebuild the refinery on Tuesday, August 27, 2019.
Danielle Kaeding/WPR

She and other Duluth and Superior residents questioned the rebuild of a facility that depends on the continued use of fossil fuels in a time when scientists are sounding the alarm on climate change. A report released last fall by the Intergovernmental Panel on Climate Change panel warned that greenhouse gas emissions would need to be cut nearly in half within the next decade to keep the Earth from warming as much as 2.7 degrees Fahrenheit by 2040.

"If you read the news, you’ll see the entire world is on fire and that tells me this would be a great time to muster the courage to transition away from fossil fuels," said Duluth resident Allen Richardson.

If the permit is approved, the refinery’s fluid catalytic cracking unit reactor will be replaced and all downstream equipment that was damaged will be rebuilt. In addition, two of three asphalt tanks that were damaged in the explosion will be replaced while the remaining one will be repaired.

Husky is also proposing to install several new permanent pipelines that will run to the Enbridge terminal and Plains Midstream. As previously reported, the refinery would also make safety improvements to the existing alkylation unit, including a rapid acid transfer system that would capture any hydrofluoric acid in the event of a release.

The DNR has made a preliminary determination that the permit meets criteria for approval. A final decision will be made on the application after the public comment period ends on Sept. 9.

Editor's note: This story was corrected to reflect the proper spelling of Plains Midstream on Thursday, August 29, 2019.