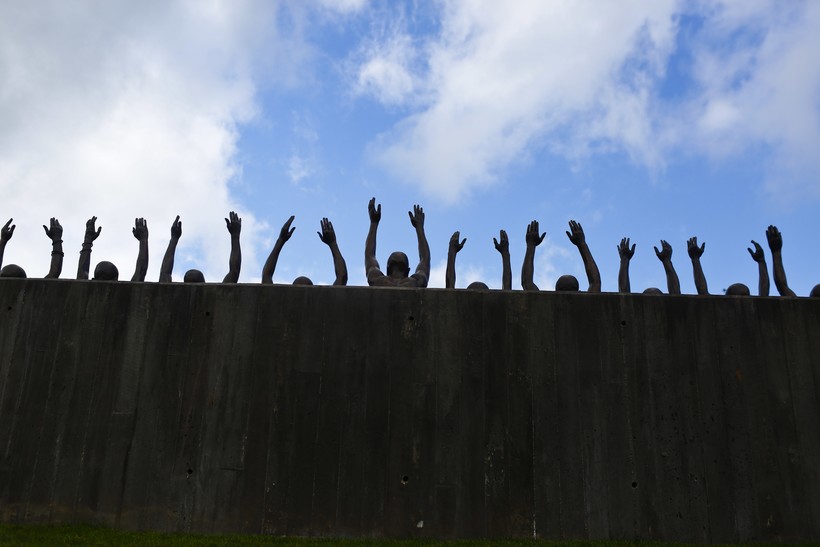 This photo shows a bronze statue called "Raise Up" as part of the display at the National Memorial for Peace and Justice, a new memorial to honor thousands of people killed in racist lynchings, Monday, April 23, 2018, in Montgomery, Ala. Brynn Anderson/AP Photo

Residents Of Duluth And Superior Seek To Witness Opening Of National Memorial For Peace And Justice
By Danielle Kaeding
Share:

Thirty-five people from the Twin Ports are boarding a bus to Alabama this week for the opening of the first national lynching memorial. The Equal Justice Initiative built the National Memorial for Peace and Justice to remember the more than 4,400 African-Americans who were victims of "racial terror lynchings" across the country.

EJI’s memorial has more than 800 steel monuments representing each county where a lynching is known to have taken place. The opening of the first national lynching memorial Thursday is a significant moment in time, said Kym Young, coordinator of the Superior African Heritage Community. Young said she and her 11-year-old granddaughter, Teteja, are heading down Tuesday to witness the event.

"To just be a part of something, like to just be finally saying, 'We recognize some of the pain, some of the trauma and the death that happened is very profound for me,'" said Young. "But also, coming at this time in our culture, I think it’s needed. It's a part of the healing process that we recognize all of that death and violence."

Young is traveling with a group organized by the Clayton Jackson McGhie Memorial, Inc. Board. The board oversees the Duluth memorial for three African-American men who were lynched in the city’s downtown after being wrongfully accused of raping a white woman. In 1920, a mob took Elias Clayton, Elmer Jackson and Issac McGhie from the Duluth Jail, tortured them and then hanged them, said Heidi Bakk-Hansen, the board’s secretary.

"This is a national memorial and we’re part of the nation just like everybody else. I think being in Duluth, Minnesota, most people respond like, 'How did that happen up there?'" said Bakk-Hansen. "But, I think it’s pretty clear if you study the history, that it happened in a lot of places that weren’t just the South. There are places that have experienced similar tragedies in their communities that were perpetrated by members of the community."

The Clayton Jackson McGhie Memorial Board raised around $13,000 to help send residents to the national memorial.

Young said it's important for people to recognize a painful and shameful part of the nation’s past — a history that she wants her granddaughter to better understand.

"She needs to understand where she came from as a citizen of this country, as a black woman for her future to understand her past," said Young. "We’ve got to make things better, but if we don’t understand what happened in the past we’re never going to do that."

The national memorial includes 800 replica monuments inscribed with the names of lynching victims that are waiting to be claimed and installed in the counties they represent.

"We want to bring that pillar back to Duluth," said Bakk-Hansen

The national memorial is expected to draw thousands from across the country for its opening Thursday in Montgomery, Alabama. 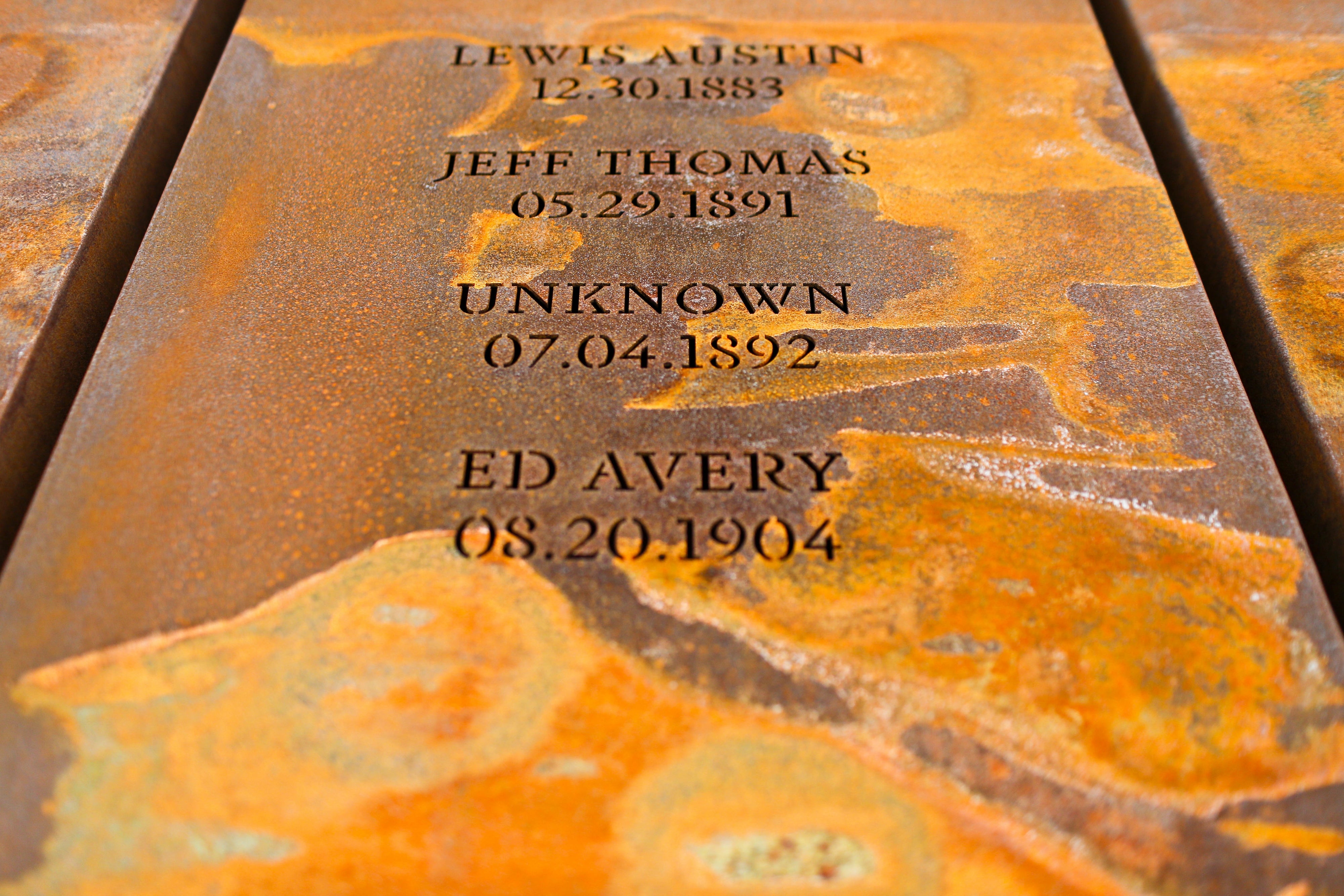 This photo shows part of the display at the National Memorial for Peace and Justice, a new memorial to honor thousands of people killed in lynchings, Monday, April 23, 2018, in Montgomery, Ala. Brynn Anderson/AP Photo

The largest number of lynchings occurred in the South in states like Alabama, Louisiana and Mississippi. However, there are at least 17 lynchings known to have occurred in Wisconsin, said Michael Pfeifer, professor of history with the John Jay College of Criminal Justice in New York.

"Wisconsin shared this history of racial violence of lynching that many U.S. states participated in," he said.

Most of Wisconsin’s lynching victims were white, European settlers. According to the NAACP, a majority of white lynchings were due to political or criminal reasons, not racial reasons. Two lynching victims in the state were Native American. One African-American man by the name of Marshall Clarke was lynched in Milwaukee in 1861. Pfeifer wrote about the account in his 2011 book "The Roots of Rough Justice."

"He and another African-American man were accused of attacking an Irishman and Marshall Clarke was seized and hanged by the Irish community in Milwaukee in the Third Ward," said Pfeifer. "In that particular case, the racial dimensions of the Civil War were quite important. There was a lot of resentment with regard to conscription. Most of the Irish were Democrats and Lincoln, of course, was a Republican ... There’s sort of a long-seated racial and political tension going on there with that particular incident."

A crowd of 50 to 75 men dragged Clarke from the city’s jail, beat him and then hanged him from a pile driver. Pfeifer said the opening of the EJI's memorial in Alabama has raised awareness of the history of lynching in the United States.

"I think Wisconsin should be aware that it participated in that history, unfortunately," said Pfeifer.