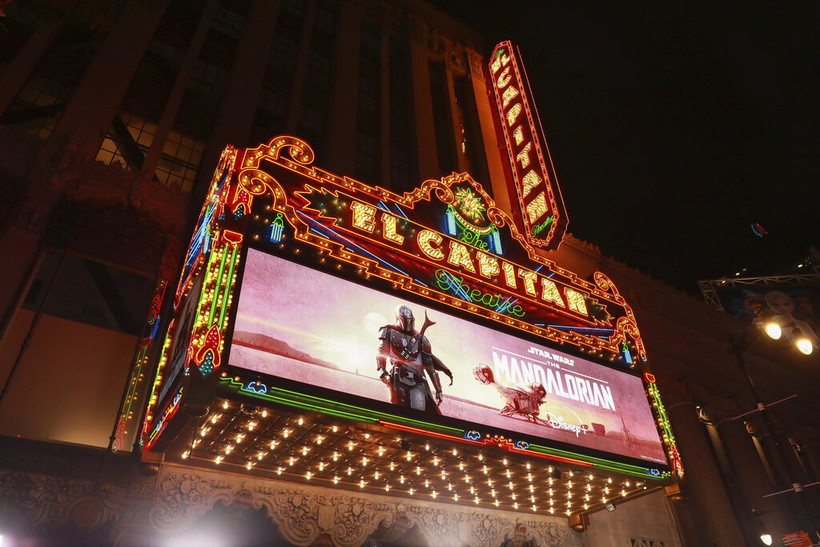 Atmosphere at the LA Premiere of "The Mandalorian" at the El Capitan theatre on Wednesday November 13, 2019 in Los Angeles. Mark Von Holden/AP Photo

It’s been a long, tough week of political and coronavirus pandemic news. And when things feel too exhausting and overwhelming, binge-watching a few new shows can be a welcome break.

And yet, with the number of shows on various video platforms — broadcast networks, traditional cable, streaming services, apps — finding a new show to watch can feel like a mentally taxing job in its own right.

"The Good Lord Bird" On Showtime

Starring Ethan Hawke and based on the novel of the same name, the story follows a newly freed teenager as he joins famous abolitionist John Brown on the crusade to end slavery. While the show deals with a very serious issue, it also has some "weird, darkly comic moments" that work well, Chaney said.

"Tonally, it's a very, very lean tightrope it's walking, but it walks it really, really well," she said. "Ethan Hawke is a fine actor, but this might be the best performance he's ever given."

"The Queen’s Gambit" On Netflix

Set in the 1950s and 1960s, "The Queen’s Gambit," follows a young female chess prodigy from her time in an orphanage, into adulthood and when she emerges as an elite chess player — but also deals with demons from her childhood, including addiction.

"Anya Taylor-Joy plays the lead role, and she is just an extraordinary actress," Chaney said. "I wasn't sure how many people were going to watch a show about chess, but it has been very popular."

"The Mandalorian" On Disney+

Season two of the popular "Star Wars" spinoff began last week, and it’s worth the hype, Chaney said. After the fall of the Empire and before the rise of the First Order, a lone gunfighter struggles in the far outer edges of the galaxy, out of reach of the New Republic.

"It's really great," she said. "One of the reasons I like it so much is that even though it's big scope storytelling … and there's a lot of visual effects, the storytelling itself is very economical. It doesn't overdo anything … and of course, I love Baby Yoda."

The German thriller set in the aftermath of two children disappearing in their small town came to an end after three seasons this summer. It's a mind-bender — incorporating sci-fi and time travel elements.

"It has a little bit of a 'Stranger Things' kind of vibe, though not quite as mainstream," Chaney said. "If you like that kind of show, then you would probably like 'Dark.'"

"The Crown" On Netflix

Entering its fourth season, "The Crown" chronicles the life of Queen Elizabeth II from when she ascended the throne at 25 in the 1940s to modern times. This season, released Nov. 15, Princess Diana and Margaret Thatcher make their debut.

"This season we get to the 1980s and it’s a really fascinating time," Chaney said. "It is such a well done show."

The Best TV And Streaming Shows Of 2020 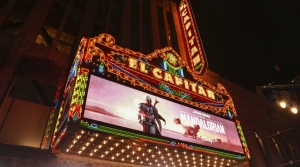 When we need a break from political news, there are plenty of new shows on TV and streaming platforms to check out. A television critic joins us to share some of her favorites, and we ask for your recommendations too.