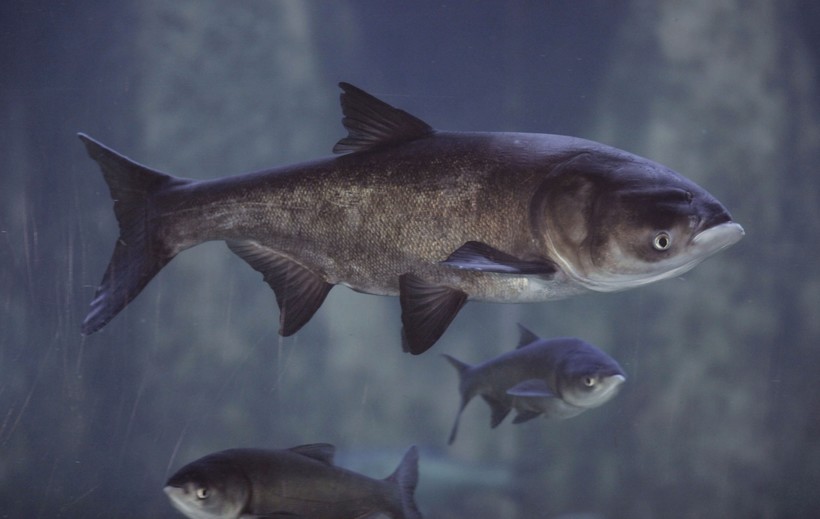 In this Jan. 12, 2010 file photo, Asian bighead carp swim in an exhibit at Chicago's Shedd Aquarium.

Plan Would Detail Methods For Preventing Its Spread
By Danielle Kaeding
Share:

The Trump administration has delayed the release of a plan that aims to prevent Asian carp from reaching the Great Lakes.

The U.S. Army Corps of Engineers was set to release a draft plan this week outlining possible options to prevent the invasive fish from making it through the Brandon Road Lock and Dam. The lock and dam is part of an Illinois waterway system linking carp-infested waters to Lake Michigan. Allen Marshall, Corps spokesman at the Rock Island District Office, said the timeline for releasing the draft report is now on hold.

"We're responding to the need for more coordination at various levels of government and nongovernmental stakeholders," he said.

Marshall said nothing will be released until that takes place. Marc Smith, policy director with the National Wildlife Federation’s Great Lakes Office, said delaying release of the draft plan increases the potential for Asian carp to get into the Great Lakes.

"There’s been a lot of agencies working together monitoring and researching, trying to figure out where the fish are," Smith said. "But, by and large, there is still nothing in the books right now that is going to say this is our plan for keeping carp out of the Great Lakes."

Smith said federal lawmakers he's spoken to are frustrated with the move as well.

"It’s been a very long slog to get where we are today. The fact that they pulled it and delayed it is a frustration for them, because we know that the Corps takes a long time to study any type of project," Smith said. "Now that it’s off the tracks, we’re not sure how much longer we’re going to have to wait until we get a plan in place that’s going to give us more protections to keep carp out of the Great Lakes."

A group of local, state, federal and Canadian agencies released their action plan to prevent the spread of the invasive fish in December last year, calling for another electronic barrier and more studies on methods to block its spread. Asian carp are bottom-feeding fish that consume much of the food source that native species rely on to survive. Groups fear the fish will crowd out native fish and impact the multi-billion dollar sport-fishing industry.