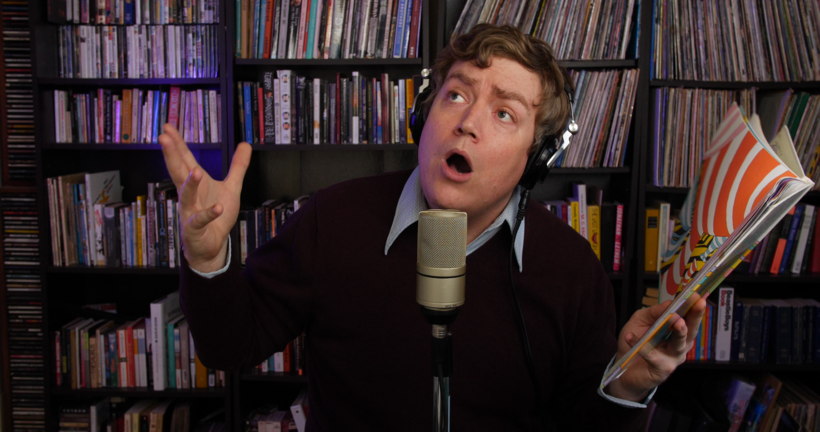 Truffula Trees And Gangsta Rap: A Contagious Combination For This Milwaukee Rapper

If Mr. Fox does tricks on bricks and blocks, Wes Tank can rap with books and docs. Although, he won't get nearly as tongue-twisted as Mr. Knox.

Popular Dr. Seuss books such as "Fox in Socks" and "Green Eggs and Ham" have been paraded out to a YouTube audience, with the tongue-twisters rapped by Tank to head-nodding beats courtesy of 2000s-era gangsta rap and hip-hop heavyweights like Dr. Dre and Dr. Octagon.

The unlikely mishmash of rap jams and children's book rhymes have earned a grateful audience to the tune of millions of views on the videos first posted the week of March 28 by Tank, 36, a Milwaukee-based multimedia artist.

In the videos, Tank sits at his dining room table near a microphone; a wall of stocked bookshelves serves as a backdrop. He holds up a Dr. Seuss book like he's about to read to a classroom.

After a short introduction, a hip-hop beat drops.

In the case of "The Lorax," Tank swaps out the not-so-child-friendly lyrics of "Still D.R.E." for Seuss' Lorax who lives deep in the Grickle-grass where the Truffula Trees grow.

Tank said he came up with the idea about five years ago before a show he was performing in, when he found a copy of Seuss' "One Fish, Two Fish, Red Fish, Blue Fish" on the ground.

"I happened to have a Dr. Dre beat on my phone and just spur of the moment decided to put the two together in rap form," he said.

Although he's performed these rap rhymes live, he hadn't yet posted videos to the internet. But when COVID-19 struck, it left him with plenty of spare time to do just that, considering video production projects planned months out through his company TankThink were put on hold.

Virus-permitting, Tank is planning to perform in October at Bookworm Gardens in Sheboygan.

Tank's talents aren't limited to the doctors of rhyme and rap. He's been experimenting with putting William Shakespeare's literature to MF Doom beats and pairing Pharrell Williams with Lewis Carroll.

It's a challenging prospect, he admitted, to match Shakespeare's iambic pentameter with a 4/4 time signature.

"The more syllables you have, the more challenging it is," he said. "And you have to find the right rhythm and the right pacing. So it's definitely not easy."

He has six videos uploaded so far, and said he's in this for the long haul — with potential for a Christmas special featuring "The Grinch."

He does character voices, too. In "The Lorax," Tank picks up on the description of this speaker of the trees with a voice that's "sharpish and bossy" with a "sawdusty sneeze."

"I like to look at the pictures and imagine what they sound like," Tank said. "I look at the Lorax and what he's about and just for some reason Tom Waits comes to mind."

Tank said the response he's received from viewers has been "lovely," and said parents who are homeschooling their children have told him how helpful these videos have been.

He said this is one way to get kids reading and to get them interested in literature, taking a clue from Mary Poppins, Tanks said, "it's a little spoonful of sugar to make the medicine go down."

It's something nostalgic for adults too, because many of his viewers are fans of Dr. Dre from the 1990s and 2000s and likely read Dr. Seuss as children.

"That nostalgia, I think, is contagious," Tank said. 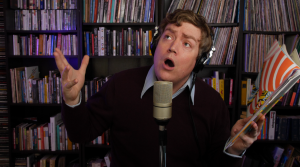 A Milwaukee-based multimedia artist talks about what happened when he released a video of himself rapping a well-known children's book.